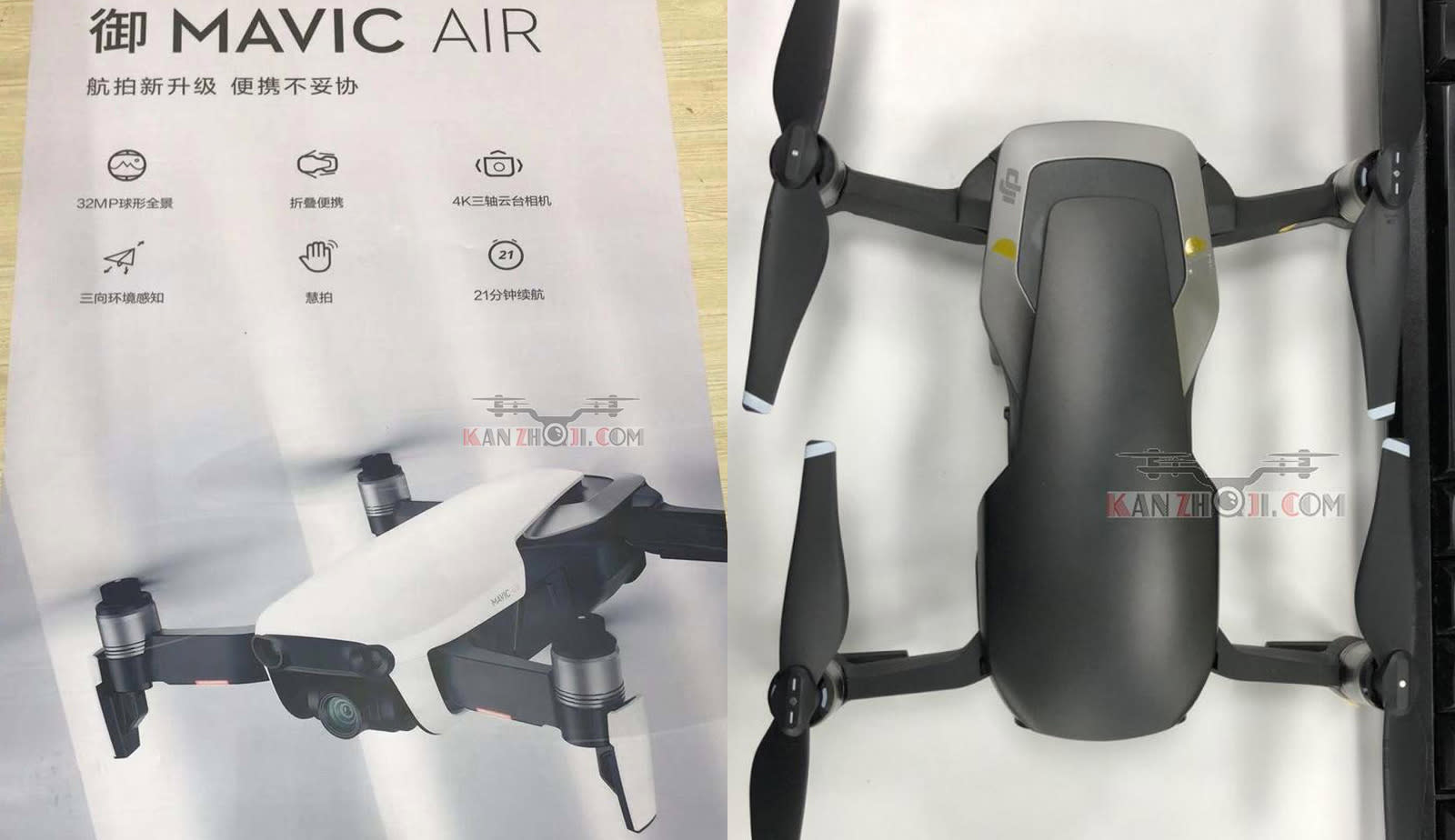 DJI is supposed to be unveiling a new drone on Jan. 23rd, but the cat might already be out of the bag. Kanzhaji has posted photos and details of the Mavic Air, a foldable drone that would reportedly slot neatly between the diminutive Spark and the existing foldable drone, the Mavic Pro. It wouldn't last as long as the Pro (certainly not the Platinum edition) with a 21-minute flight time, but it might actually best its higher-end ancestor in a few areas. You'd get 60FPS 4K video recording instead of the Pro's 30FPS, an additional backward-proximity sensor and 32-megapixel spherical photos.

The Mavic Air would borrow a bit from the Spark but mostly in visual cues: It appears to be smaller (and stubbier), and it'll come in multiple colors with a sleeker, glossier shell.

It's not certain when the Air would ship or how much it would cost. Given its feature blend, though, we'd anticipate a price in between the $499 Spark and $999 Mavic Pro. If so, it shows just how important the personal drone market has become. Even a relatively modest $200 to $300 difference could make DJI's technology accessible to a considerably wider audience, and it might be many drone enthusiasts' first folding model.

In this article: dji, drone, gear, leak, mavicair, robots, uav
All products recommended by Engadget are selected by our editorial team, independent of our parent company. Some of our stories include affiliate links. If you buy something through one of these links, we may earn an affiliate commission.