A few ways Microsoft is trying to tempt schools away from Chromebooks.

When it comes to the lucrative education market, Microsoft doesn't want to be left behind -- especially when that Google's Chromebooks are increasingly popular with schools. Microsoft's big selling point this year? More cheap Windows 10 notebooks starting at $189, and a Minecraft: Education Edition update focused on chemistry. As you'd expect, the company also has plenty of updates in tow for its Office 365 education tools, which should make lives easier for teachers and students alike.

Lenovo's 100E is the cheapest laptop Microsoft is revealing today, and it looks about as straightforward as an education notebook can be, starting at $189 with an Intel Apollo Lake Celeron processor. Its simple, plastic case looks like it could take some classroom tumbles and while there's no fancy convertible functionality, you can lay the 100E's screen completely flat. Lenovo also has a new 2-in-1, the 300E, which starts at $299 and supports the company's $30 Windows Ink stylus.

Microsoft added that JP, a manufacturing partner in emerging markets, has two new models for education customers. The Classmate Leap T303 will start at $199 and come with Windows Hello support, while the $299 Trigono V401 convertible will include pen and touch functionality. Unfortunately, we don't have detailed specifications for any of these machines, but Microsoft claims they're all spill resistant and "ruggedized," with speedy 2x2 Wi-Fi and sporting "long" battery life. Schools will also be able to order them with the Windows 10 S, which can only run apps from the Microsoft Store, or the standard version of the OS, which runs all the usual software. 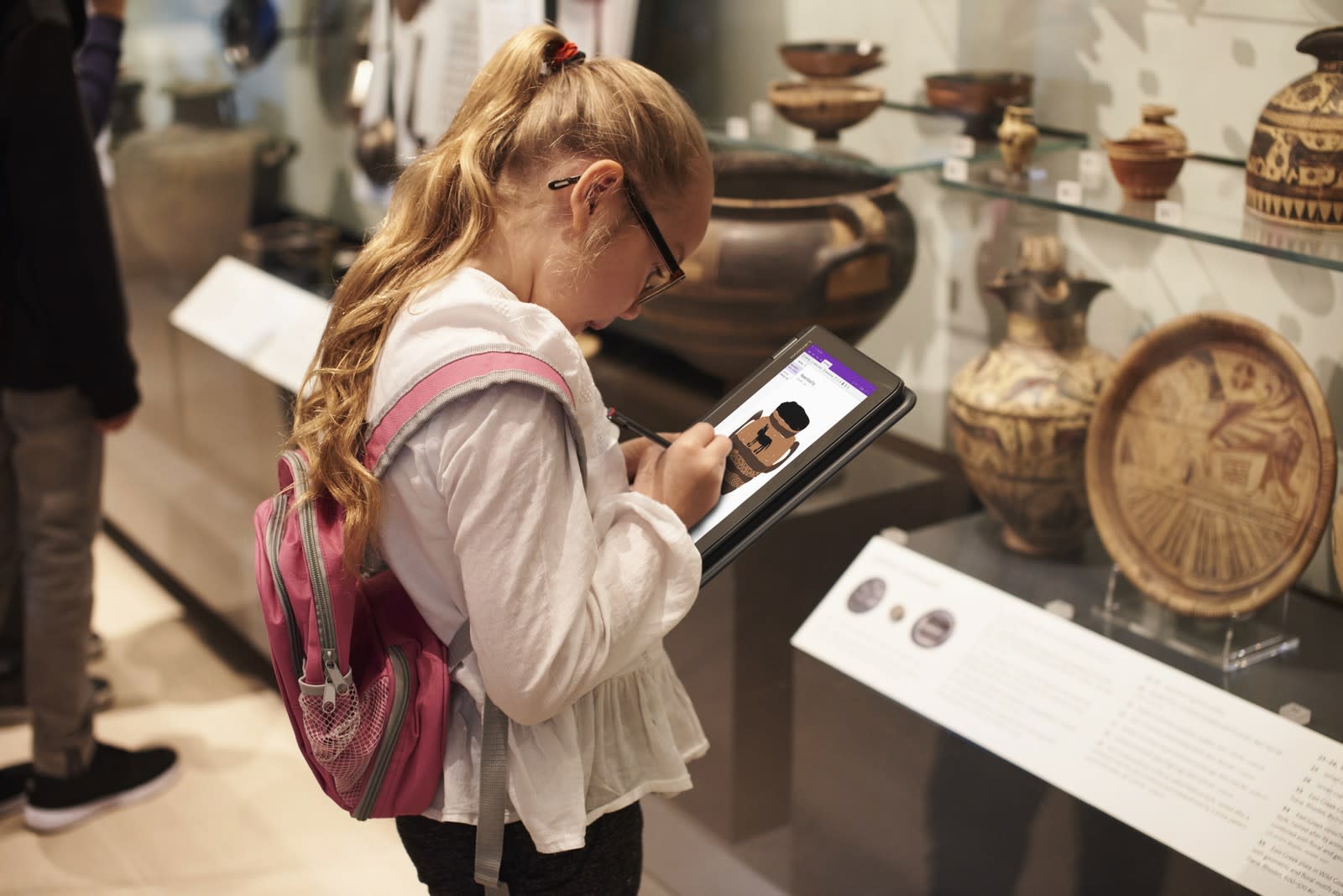 "We really think these new devices are not giving some of the compromises you see with Chromebooks in education," Mike Tholfsen, Principal Product Manager for Microsoft Education, told Engadget. "They really give the full power of Windows, for things like Inking, 3D, and Minecraft."

Speaking of Minecraft, Microsoft is doubling down on its usefulness as a STEM learning tool with its upcoming chemistry update. Students will be able to do things like get experimentation experience (without potentially blowing up a classroom), as well as learn about a wide variety of topics, like building compounds and understanding stable isotopes. There aren't many details about the chemistry update yet, but Microsoft says we can expect to see it in the spring. 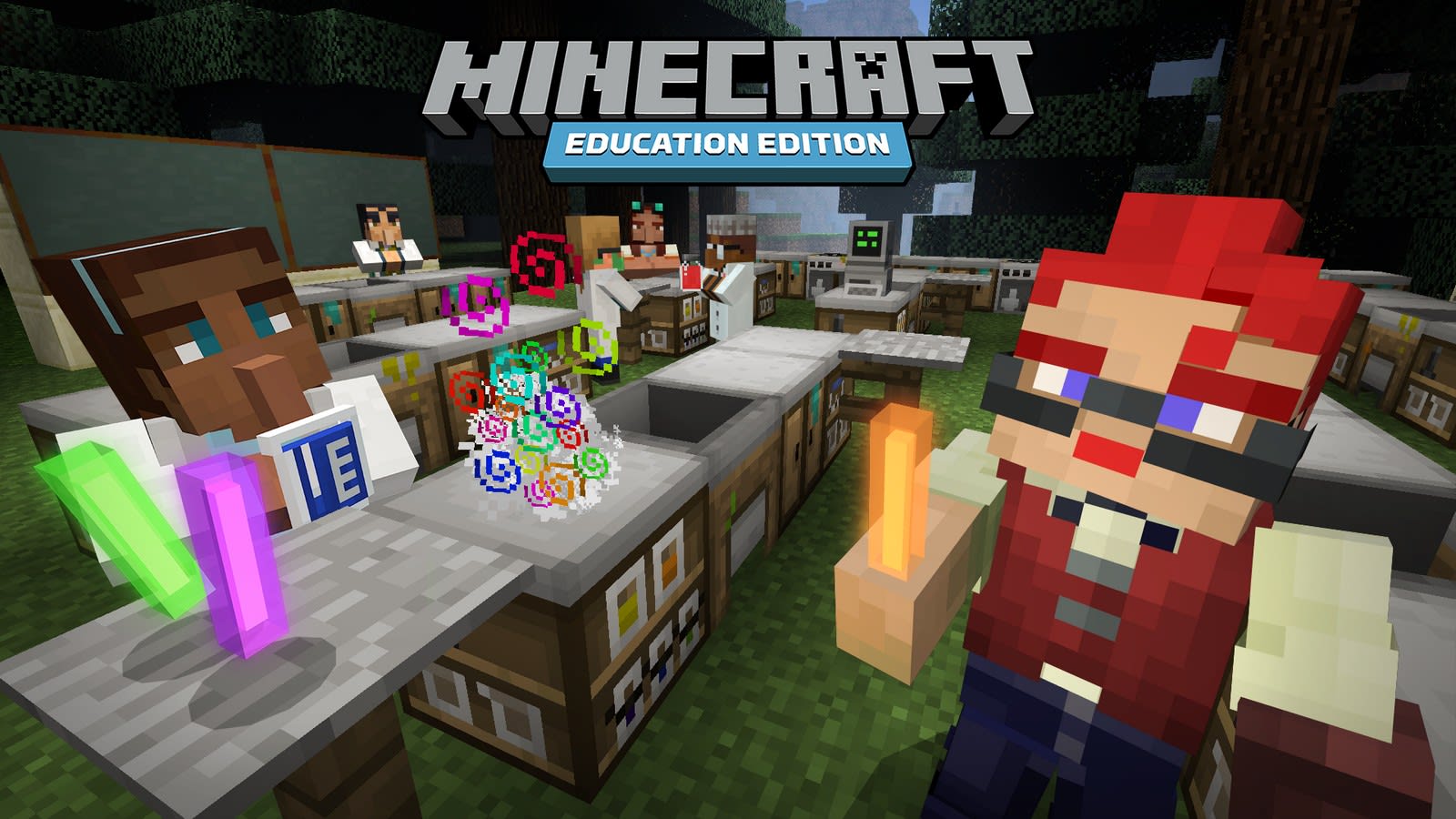 It makes sense for the company to make Minecraft even more meaningful for educators. It's a major title that Chromebooks can't run (or at least, not unless you know a bit of Linux), and it's something that plenty of kids are already interested in. Unlike most software geared towards education, it feels more like fun rather than work. Of course, Microsoft also have to make teachers care as much about Minecraft as students -- subject-focused updates like this could be just the ticket.

The company is also continuing to expand its software for Office 365 Education. The Immersive Reader from its Learning Tools, which can read text out aloud while highlighting individual words, is now coming to Word for Mac, Outlook for desktops, OneNote for iPad and Mac, and the iPhone. Additionally, Microsoft is making dictation a key feature of Office 365 -- previously, it was something you had to activate deep within Windows. Teachers will likely appreciate the changes to OneNote's Class Notebook too: They'll finally be able to lock pages to prevent students from changing any content. That app is also getting grade and assignment integration with popular School Information Systems like PowerSchool and SIMS Capita. Additionally, both teachers and students will be able to use Microsoft Teams on iOS and Android, which should make it easier to keep track of their work on the go. Teams will also be getting universal translation for conversations and chats -- something that could help bridge the gap between teachers and students speaking different languages.

Of course, Microsoft still has a few big selling points over Chromebooks: Windows laptops aren't just restricted to web apps, and they're far more functional than Google's machines without an internet connection. There's also plenty of value in having students use industry standard software like Office and Photoshop while they're in school. Still, Chromebooks are far easier for IT departments to deploy and manage, and plenty of subjects can make do with Google's productivity suite and web apps. Over time, the ability to run Windows apps might not be a huge selling point for Microsoft.

It's clear the education technology world is in the midst of the a major transition -- but at least that spurs on competition between Microsoft and Google. That should hopefully lead to better education tech for everyone.

All products recommended by Engadget are selected by our editorial team, independent of our parent company. Some of our stories include affiliate links. If you buy something through one of these links, we may earn an affiliate commission. All prices are correct at the time of publishing.
Microsoft unveils cheap laptops and more tools for education
ClassmateLeapT303
gadgetry
gadgets
gear
JP
lenovo
Lenovo100E
Lenovo300E
microsoft
Minecraft
personal computing
personalcomputing
TrigonoV401