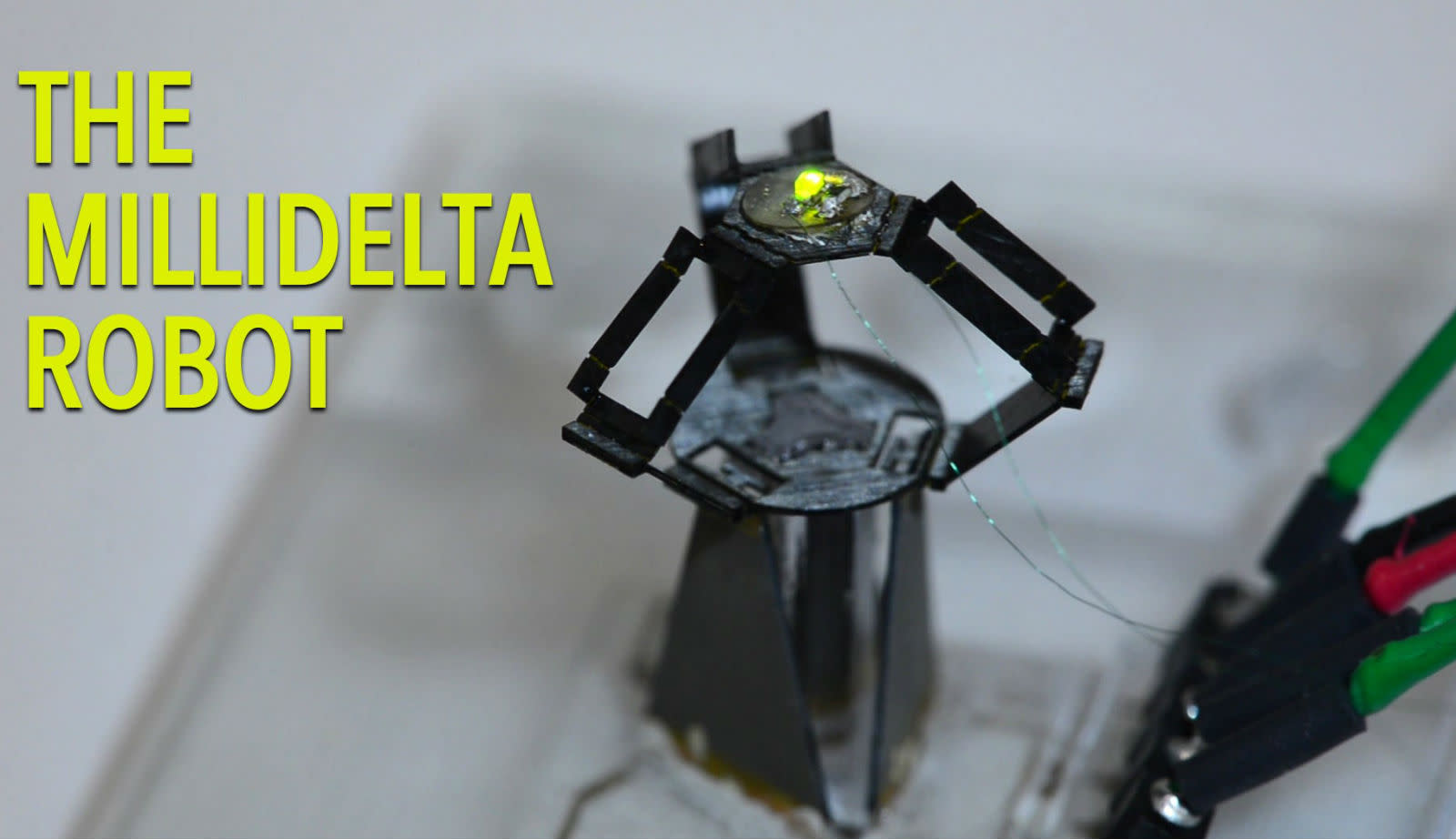 Another tiny robot is gearing up to join the ranks of microsurgeons, but this one is small enough to fit in your coin purse. Inspired by pop-up books and origami, the milliDelta bot measures mere millimetres when unfolded (roughly the size of a one cent coin). But, even at that scale, the miniature helper packs flexible joints and bending, piezoelectric actuators that allow it to work with force, precision, and high speed.

Its creators (from Harvard's Wyss Institute for Biologically Inspired Engineering and the John A. Paulson School of Engineering and Applied Sciences) claim it can perform a range of microsurgery and manufacturing tasks in compact spaces.

Unlike existing Delta robots, which scientists have been shrinking down for workspace use for years, the new bot is a swift operator. "Currently available Delta robots are only able to operate at a few hertz," said Hayley McClintock, a Harvard researcher who helped design the device. "So for our robot to be able to draw circles at frequencies up to 75 Hz is quite impressive."

Scientists developed the new bot using a technique known as pop-up microelectromechanical systems (MEMS), allowing them to create a complex structure from flat pieces of materials. The same approach was used to create the flying RoboBee. Next up for the milliDelta bot, the researchers plan to refine its specs in order to pin down its final design and add power and control electronics.

In this article: DeltaRobot, harvard, microsurgery, robotics, robots, tomorrow
All products recommended by Engadget are selected by our editorial team, independent of our parent company. Some of our stories include affiliate links. If you buy something through one of these links, we may earn an affiliate commission.