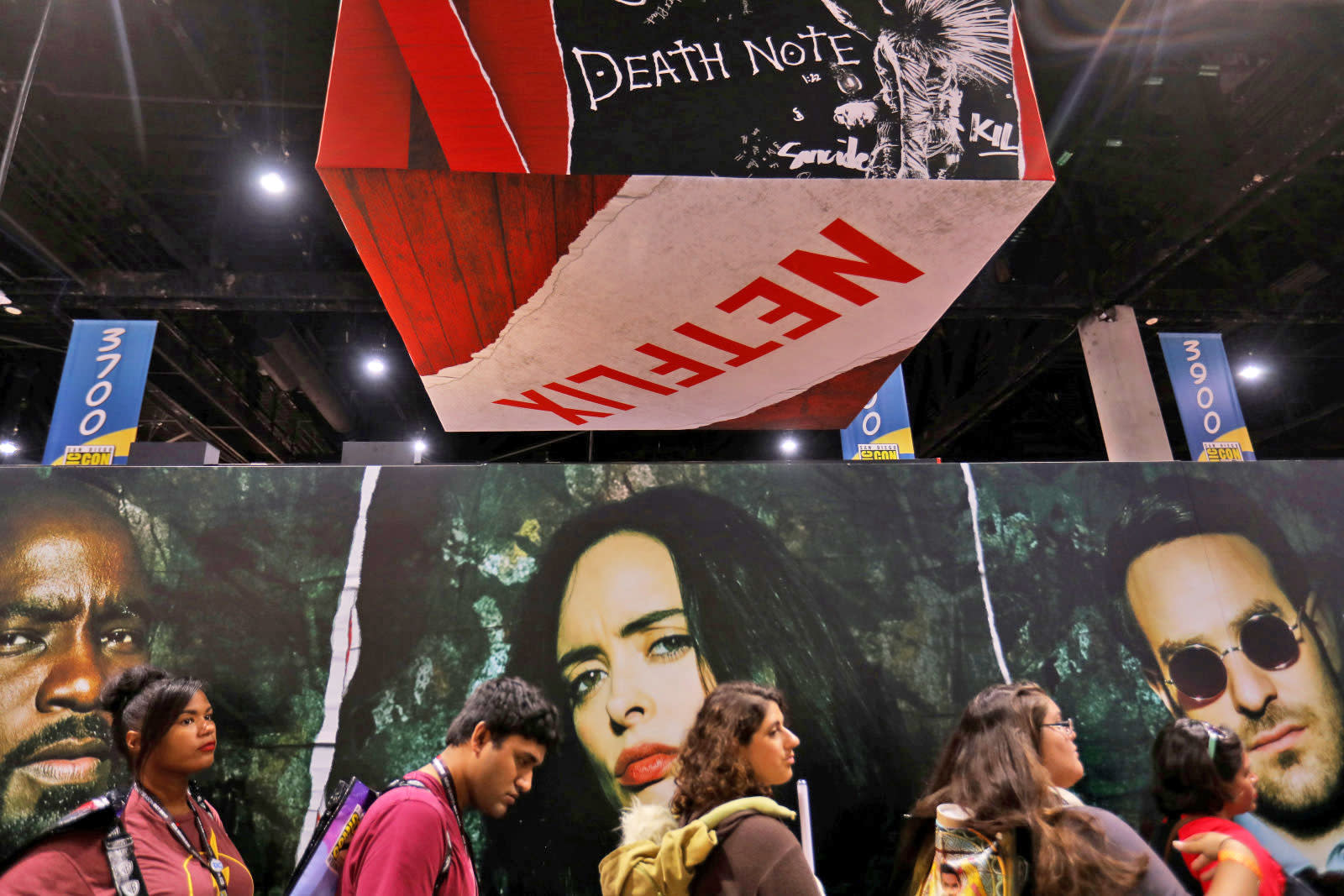 While Netflix is facing more competition than ever, its growth isn't slowing. The company just announced its four quarter earnings results, and revealed that worldwide it added 8.3 million customers, "the highest quarter in our history and up 18 percent vs. last year's record 7.05 million." While the Will Smith-starring movie Bright wasn't a hit with critics, the company seems happy, saying that it's one of the most viewed titles ever and drove a "notable" lift in customer acquisition. As a result, Netflix is planning to invest more in original films, as well as international content to follow its first German original series, Dark.

The company counts over 110 million paying subscribers worldwide, with 52 million of them in the US. The letter suggests it will continue on as planned, investing more money in original content as mentioned above, encompassing second seasons of The Punisher and Mindhunter, and overall deals like the ones it reached with OITNB/Glow creator Jenji Kohan. The letter did not mention Kevin Spacey or Danny Masterson by name, however it did note that "We took a $39m non-cash charge in Q4 for unreleased content we've decided not to move forward with," without specifying what it referred to.

We'll have to wait until 6 PM ET to see the video of its earnings call to find out if there's any comment on those situations, or Mo'nique's recent call for a boycott.

Update: The video earnings call is live, and it provided a few quotes on some things we were wondering about. Regarding that cash charge, exec Ted Sarandos referred to it as "related to the societal reset around sexual harassment." Source told Deadline and the Financial Times that the charge related to Kevin Spacey's departure, covering both House of Cards and the Gore Vidal biopic it had planned to release this year.

CEO Reed Hastings said of Bright that many of the critics are English speaking or in the US, and "disconnected from mass appeal" worldwide. According to Sarandos, both the movie and season two of Stranger Things matched Netflix's adoption almost perfectly around the globe, showing how content can travel.

Finally, they didn't appear to be afraid of Disney's upcoming contender, with or without Fox content. "I'll be a subscriber," said Hastings.

In this article: av, business, earnings, entertainment, financials, netflix, q4, q42017
All products recommended by Engadget are selected by our editorial team, independent of our parent company. Some of our stories include affiliate links. If you buy something through one of these links, we may earn an affiliate commission.