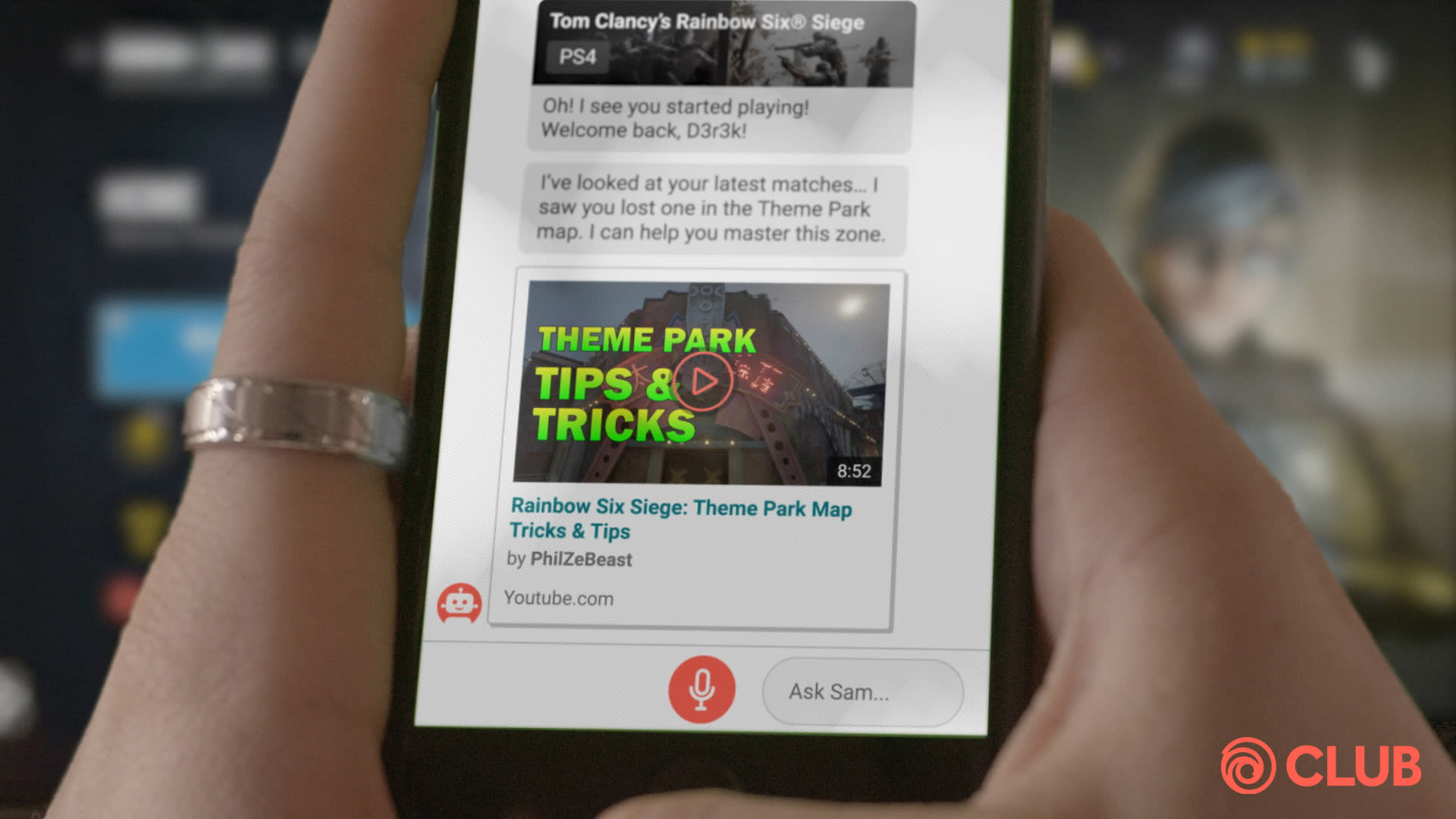 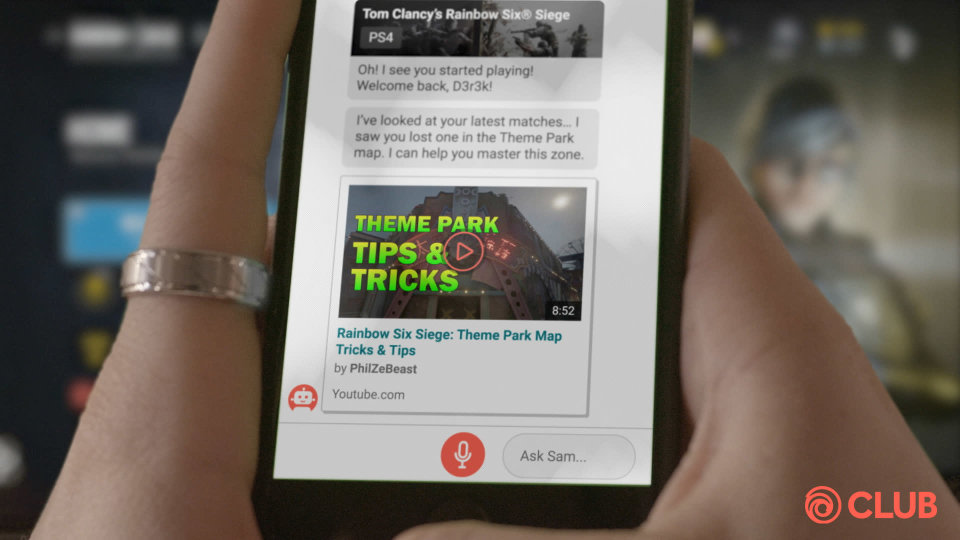 Apple has Siri, Amazon has Alexa, and now, Ubisoft has Sam. Yes, really. It's a virtual assistant geared specifically toward gaming, and Ubisoft has started to weave a beta version of the service into its Ubisoft Club companion app... well, for Canadian gamers, anyway. Ubisoft is clearly treating Sam as a test balloon of sorts, meant to gather data and gauge people's reactions to the idea of a game-fluent concierge. After a brief demo, though, it seems pretty clear that not everyone will find Sam useful in the short term.

You can engage it in idle chitchat and ask it general knowledge questions, but Sam is at its best when you ask it about (what else?) Ubisoft games. Ask Sam when a particular title comes out, for example, and it'll respond with a link to Ubisoft's online store and might highlight the most recent trailer for good measure. Casually drop an acronym like "ACO" into a conversation and Sam will understand that you're probably talking about Assassin's Creed Origins. You shouldn't expect much in the way of useful, non-gaming answers though: in a demo with Ubisoft Club creative director Charles Huteau, Sam offered up fictional weather details for the world inside Assassin's Creed instead of telling me it was raining in Manhattan. (Thankfully, you can upvote or downvote on Sam's responses as needed.)

Sam's real value lies in its chops as a sort of personal gaming assistant. Let's say you're a competitive Rainbow Six: Siege player -- once you sign into the Ubisoft Club, Sam will helpfully chime in with a recap of your last match, tell you how many PVP rounds you've won so far, and most importantly, offer up a selection of curated YouTube videos to help you get even better. Assuming everything in this beta goes well, Sam will be tied more thoughtfully into more Ubisoft properties, to the point where it'll begin to push specific stats and tips to you once you fire up a game. For now, though, the Sam team is just concerned about getting Sam out into the world so it can see what has to be polished and fixed.

Honestly, that Sam exists at all is pretty weird -- the first big boom in popularity for chatbots is well behind us, and from what I've seen of its beta form, Sam is more helpful for competitive gamers than casual ones. It's still early days for the one-time hackathon project, though, and the team is still figuring out what Sam could and should be able to do next, though. Future versions of Sam could potentially figure out how are a long you are in a specific game and offer helpful videos to help you navigate especially tricky segments, though Huteau concedes finding the right balance between helpful and obnoxious could take some work.

In this article: ai, gaming, personal computing, personalcomputing, sam, ubisoft, virtualassistant
All products recommended by Engadget are selected by our editorial team, independent of our parent company. Some of our stories include affiliate links. If you buy something through one of these links, we may earn an affiliate commission.