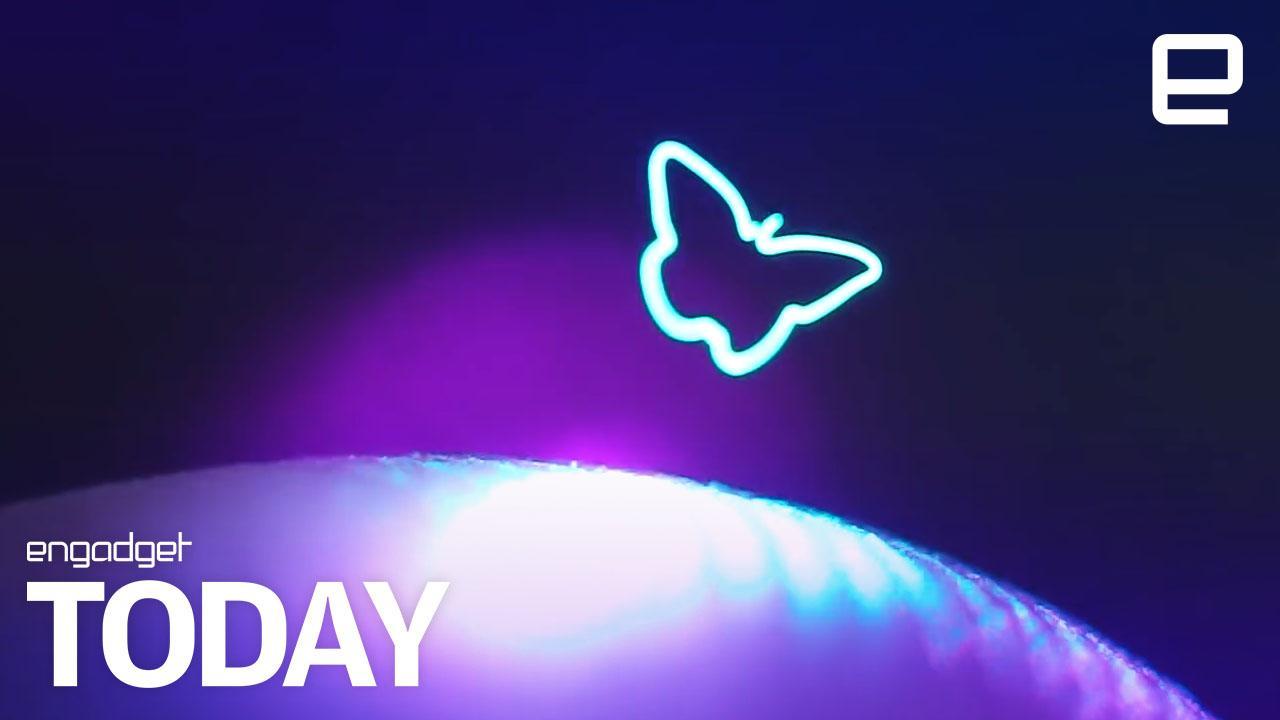 SciFi movies like Star Wars and Avatar depict holograms that you can see from any angle, but the reality is a lot less scintillating. So far, the only true color hologram we've seen come from a tiny, complicated display created by a Korean group led by LG, while the rest are just "Pepper's Ghost" style illusions. Now, researchers from Brigham Young University (BYU) have created a true 3D hologram, or "volumetric image," to use the correct term. "We can think about this image like a 3D-printed object," said BYU assistant prof and lead author Daniel Smalley.

The team used something called an "Optical Trap Display" to create the volumetric images. The difficulty with holograms so far is that you need something to reflect the laser light so your eyes can see it. BYU's device uses lasers to trap a a tiny particle in free space, and can force it to move in a path, much like how electromagnets deflect the electron beam in a CRT television. Other blue, red and green lasers then illuminate it. If the particle moves fast enough, it creates the illusion of a solid, animated holographic image.

"A single point was dragged sequentially through all these image points, and as it did, it scattered light," said Smalley in a video (below). "And the accumulated effect of all that scattering and moving was to create this 3D image in space that is visible from all angles."

The researchers say the system is the first to create a floating, animated images that you can actually interact with. The video shows various shots of the researchers placing their fingers under some of the generated images, for example.

So far, the group has "3D light printed" a butterfly, prism, animated rings and Leia-like figure. The images so far are rather crude, probably because of the limitations of how quickly the lasers can move the particle, and they're also rather tiny, so the research clearly has a ways to go. To be fair, though, it apparently looks better in person than on video, which picks up flicker that the human eye doesn't see.

The aim now is to scale things up for larger images and work out other bugs. Smalley admits that the images will never be as realistic as you'd expect in movies and other medium, but could still revolutionize medical imaging and other fields. "If you could get a high-resolution MRI image of the data before the procedure ... you could use this little display to give you the cross section of the artery," he said.

In this article: av, BrighamYoungUniversity, BYU, CRT, dailyshow, Engadget, EngadgetToday, engadgetvideo, entertainment, gadgetry, gadgets, Hologram, Lasers, medicine, OpticalDisplayTrap, video, VolumetricImage, VolumetricImages
All products recommended by Engadget are selected by our editorial team, independent of our parent company. Some of our stories include affiliate links. If you buy something through one of these links, we may earn an affiliate commission.