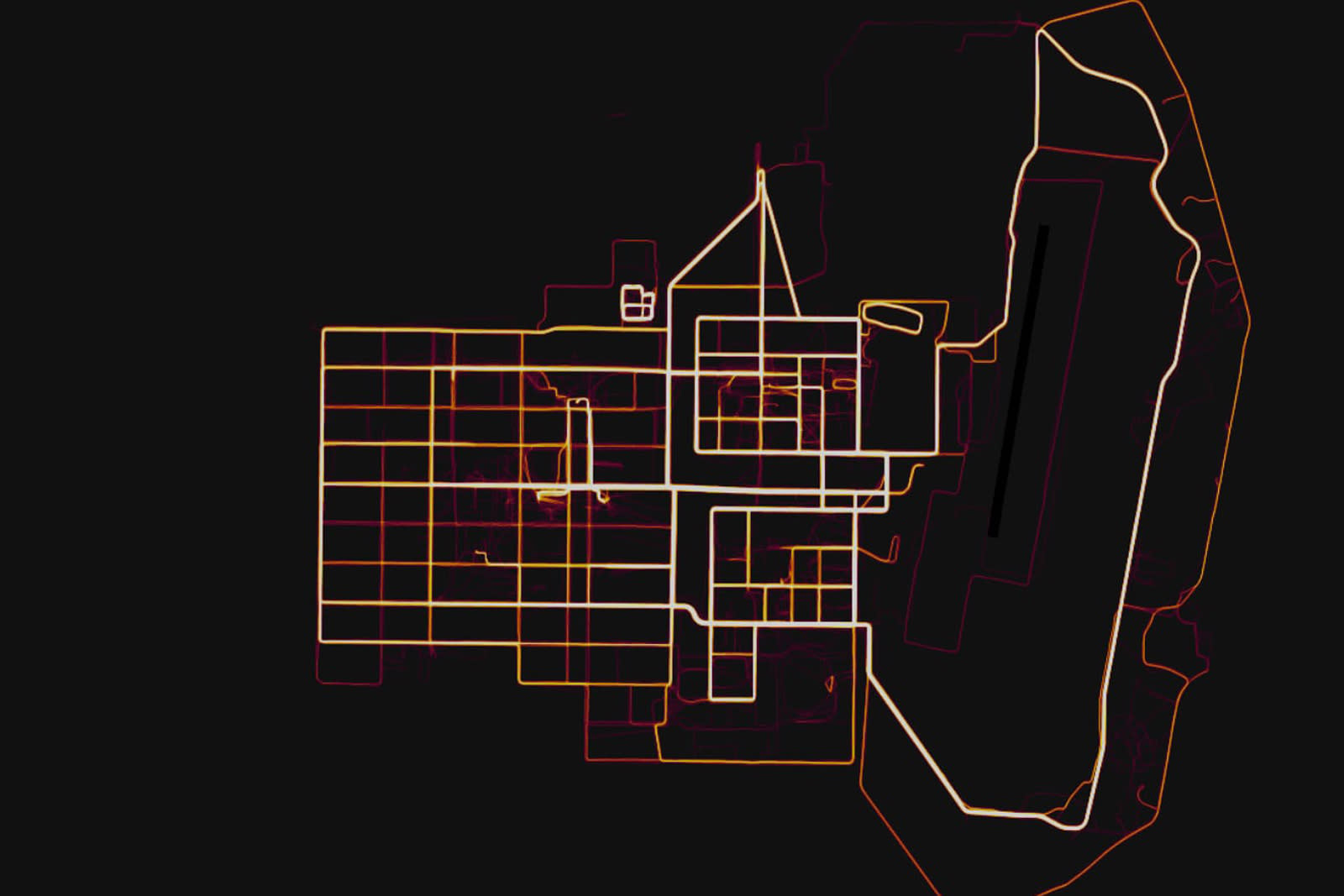 Location data in fitness apps is frequently a good thing, since it helps you remember and optimize your routes. However, it's also producing an unexpected security risk: it's revealing details of secret military bases. UCA analyst Nathan Ruser has discovered that Strava's publicly available activity map includes the fitness routes of soldiers and agents in sensitive locations, including American bases in Afghanistan and Syria, the UK's Mount Pleasant airbase in the Falkland Islands, a suspected CIA base in Somalia and even Area 51. It's mostly American and British troops who show up, but Russian bases have also been outlined by the Strava data.

While many of these locations are well known, they may give away info that governments might not want public, such as the likely location of living quarters and the most frequently-trafficked paths. In Afghanistan, the activity data extends beyond bases and hint at patrol or supply routes.

Strava has reminded users that they could turn off location sharing, and that the map doesn't include private activities or areas deemed private. Many people aren't aware of what the app shares, however, and might not understand the implications of publicly sharing that data from sensitive locations. And of course, not every fitness-minded app has a public activity map that makes searches easy. It's doubtful that Strava could have considered every possible effect in advance, but this is a reminder that open data can sometimes include more than some would be comfortable with. Likewise, this might prompt militaries to limit smartphone use or educate soldiers on the importance of privacy.

In this article: activitytracking, area51, fitnesstracking, gear, internet, military, mobile, security, smartphone, strava
All products recommended by Engadget are selected by our editorial team, independent of our parent company. Some of our stories include affiliate links. If you buy something through one of these links, we may earn an affiliate commission.