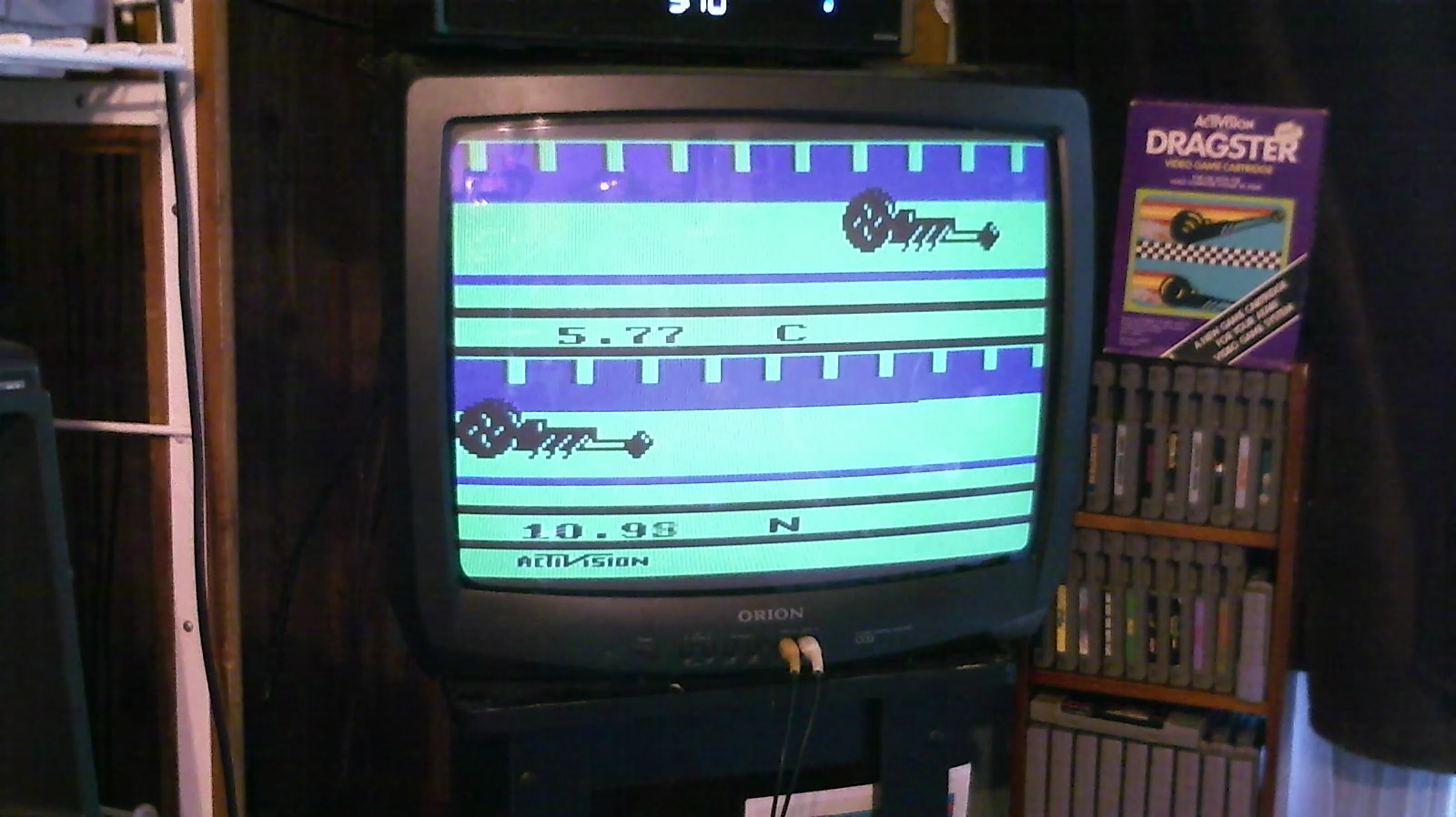 Back in 1982, Activision verified the fastest time on its Dragster video game on the Atari 2600. The record belonged to Todd Rogers, with a time of 5.51 seconds. According to Twin Galaxies, the current holders of the applicable video game records, this score was also acknowledged by Guinness World Records. In 2017, however, Twin Galaxies member Dick Moreland officially disputed Rogers' time, citing analysis by Eric Koziel that showed such a time was mathematically impossible. Twin Galaxies has now decided to remove all of Rogers' score and ban him from future participation in any of its competitive leaderboards.

As noted by Polygon, Rogers never provided recorded proof of his time, and his personal blog gives only a cursory explanation of how he achieved the record, recognized as the longest standing gaming record in April of last year. Twin Galaxies cites "numerous credible sources confirming the veracity" of the software model and analysis that invalidated Rogers' score, as well as "a significant amount of circumstantial evidence" that goes beyond his single score (which may be why they decided to strip him of all records).

Twin Galaxies says that it performed its due diligence in making sure the disputed time was, in fact, invalid. "We cannot change Activision's acknowledgement of this score but we have an overall responsibility for gaming achievements and can no longer accept their historical records as the sole justification for scores set at the time," wrote the organization in a forum thread. "We were not there, can not find any of the evidentiary materials they used at the time to confirm the score, and could not find anyone who would on-the-record testify that they directly saw the evidence that was presented to Activision."

Updated: to reflect a time in seconds, not minutes.

In this article: atari, atari2600, av, dragster, gaming, GuinnessBookOfWorldRecords, GuinnessWorldRecord, record, toddrogers, twingalaxies, videogames
All products recommended by Engadget are selected by our editorial team, independent of our parent company. Some of our stories include affiliate links. If you buy something through one of these links, we may earn an affiliate commission.