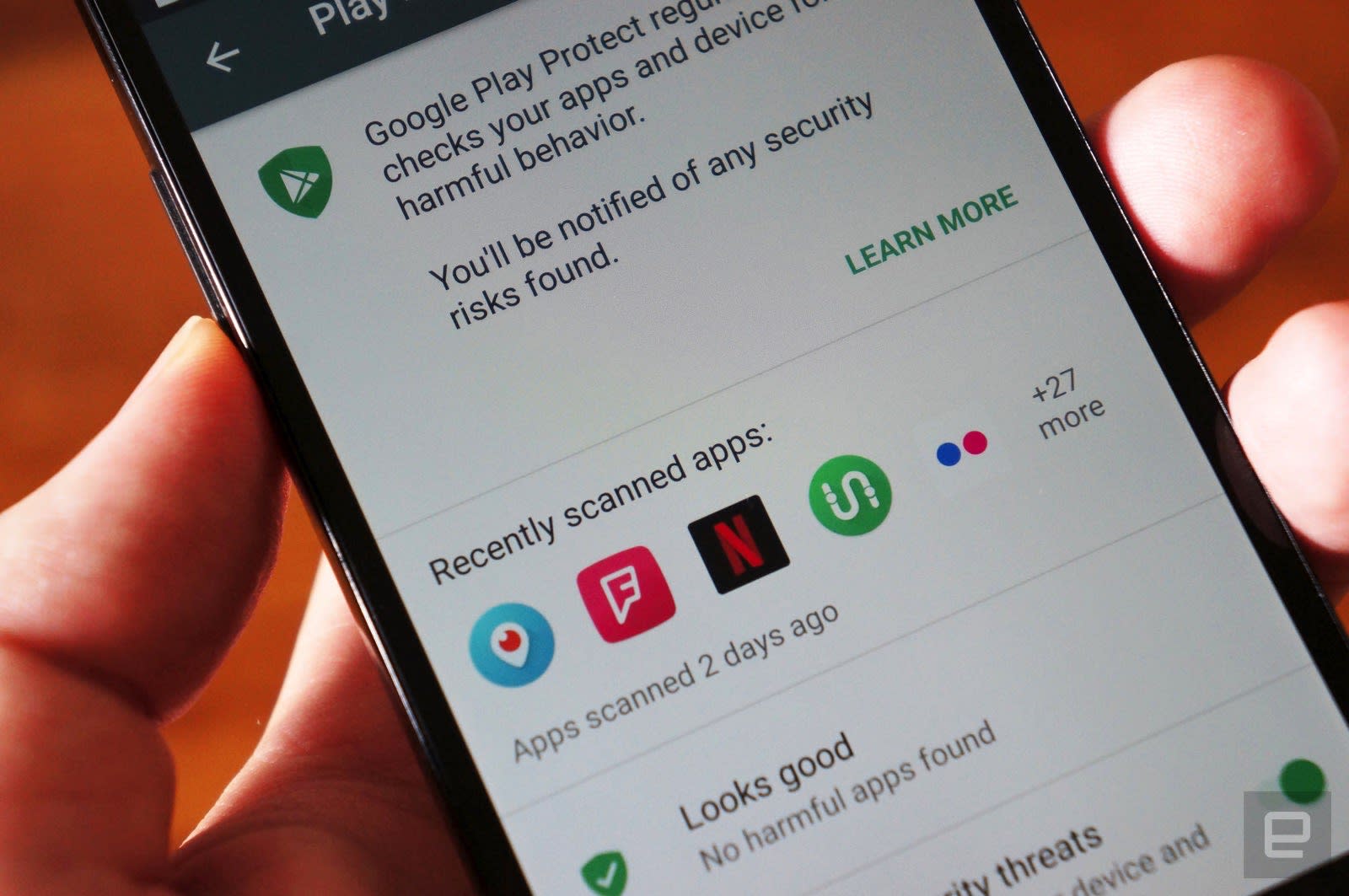 Google likes to boast of its ability to shut down Android malware, and it apparently has good reason to brag about 2017. The company took down over 700,000 apps that violated Play Stores policies last year (a 70 percent increase over 2016), and it was considerably better at pulling rogue apps in time to avoid infections. Thanks to a slew of new machine learning techniques, it caught 99 percent of apps with "abusive contents" before anyone had installed them.

Google is fully aware that its system isn't foolproof, and that some apps will still slip through the cracks. The improvements do make a better case for sticking to Google Play for app downloads when you can, though.

Of course, it's important to stress that this is just one part of the Android security puzzle, and that there are lingering issues that may be difficult or impossible to completely address. Although Google Play Services helps make Protect and other security measures available across a wide range of Android versions, it's still true that most Android phones aren't running recent editions of the operating system. If there's a fix that requires a newer OS, you're stuck.

And remember, many Android users in China and elsewhere don't have access to the Play Store. They have to go through third-party outlets, some of which have poor malware screening. There's only so much Google can do to help when offering the Play Store in China would involve censorship and other compromises, but that still leaves a large chunk of the Android world in a more vulnerable position.

In this article: android, gear, google, googleplay, internet, malware, mobile, playstore, security, smartphone
All products recommended by Engadget are selected by our editorial team, independent of our parent company. Some of our stories include affiliate links. If you buy something through one of these links, we may earn an affiliate commission.
Share
Tweet
Share