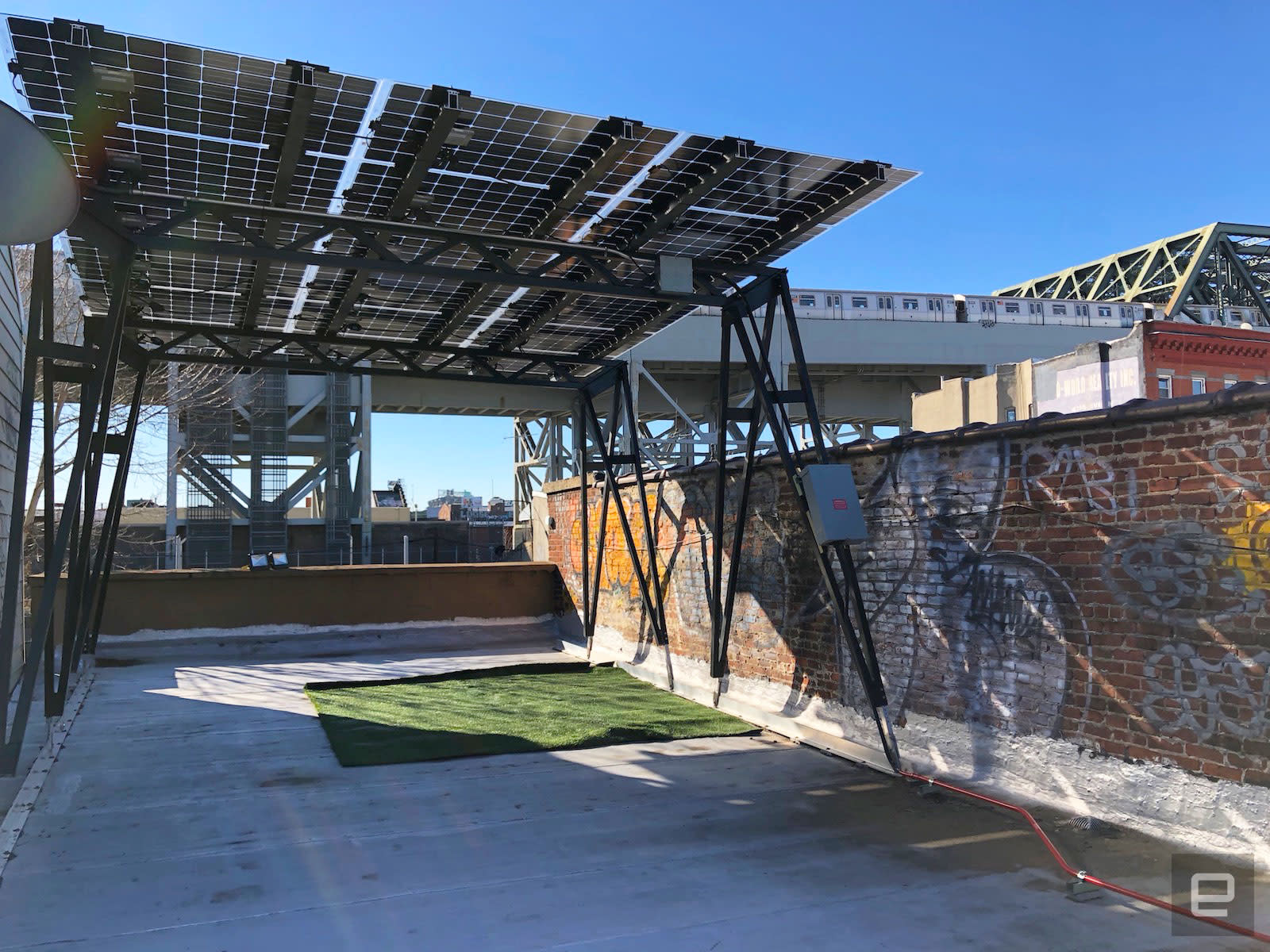 The state of solar installers after Trump’s tariff

Two days after President Donald Trump signed hefty tariffs on imported solar panels, a five-man team was hauling slabs of them up the outside of a brownstone in Brooklyn's Sunset Park.

In below-freezing January winds, they set up steel tilt racks on the roof to hold 16 panels and wired the system to a solar inverter, making the power usable in the house and able to feed back into the electrical grid. The team from Brooklyn SolarWorks, an installation company with 21 full-time employees, finished the job around sunset.

The contract cost about $27,000. But James Luria, a media consultant who has only owned the house for six months, expects to pay around $3,000 for the installation. "It was the obvious thing to do," Luria said.

Among the reasons for the cut price: a 30 percent federal tax credit, 25 percent New York state credit, 20 percent off property tax in New York City and a net-metering policy that allows homes to sell their excess solar power back to the grid. While the incentives vary across states, places like California, Massachusetts and South Carolina have made solar increasingly attractive for individual homeowners as much as corporations, and the average cost of a solar installation has dropped more than 70 percent since 2010. New York aims to have 50 percent of the state's energy come from renewables by 2030.

This rapid growth and promise of a rosy future is part of the reason for the concern over Trump's recent tariffs. The 30 percent markup on solar cells from overseas -- which ultimately falls to 15 percent over the next four years -- could lead to a net loss of 23,000 American jobs, according to the Solar Energy Industry Association. Analysts at GTM Research predict an 11 percent reduction in panel installations over the next half decade while Bloomberg reports that installation costs will increase 3 percent for residences, 4.4 percent for commercial projects and nearly 9 percent for utility-scale facilities like solar farms.

The tariffs also reflect how the burgeoning solar market in the US -- and the energy industry as a whole -- is tied to government policies that can easily swing a company's or consumer's decision to invest in renewables. Even in December, an industry report found that "political uncertainty" including the threat of tariffs was responsible for a decline in installations.

"There is no question that policy is a very important part of what we do," said Dan Whitten, a spokesman for the Solar Energy Industries Association. However, he added, "The money we spend on lobbying is a drop in the bucket compared to other industries." According to the nonprofit Solar Foundation, there are more than 260,000 jobs in the solar industry, a 178 percent growth since 2010. The vast majority of those jobs are not in manufacturing panels but in the labor surrounding the equipment -- solar panel installer is set to be the fastest-growing job in the US over the next decade. Companies that handle electrical work, construct supports for solar panels and carry out repairs are the core of the business in the US and therefore the companies that will be most affected by tariffs.

Those are companies like Brooklyn SolarWorks, the outfit behind last week's brownstone installation, which started three years ago. CEO T.R. Ludwig said that because the industry relies heavily on incentives, it develops in fits and starts (he calls it the solar coaster). His company, which also specializes in rooftop solar "canopies" on stilts, is "barely" profitable, he said. Nearly all of his panels come from overseas makers like South Korea's LG, and he took a loan to secure $250,000 worth of them at the end of 2017, anticipating the tariffs.

"This is a trade case, about manufacturing, but the way solar has gotten its toehold is that these panels don't install themselves. There's a whole apparatus around these panels," he said. "If this makes the projects more expensive and there's that many less projects being green-lighted, that's going to have a real effect on the jobs for these people."

Jessica Baldwin, the president of six-person New York installation company Solar Plumbing Design, said she was more concerned with the winding down of the federal tax credits starting in 2020 (by 2023 the residential credit will disappear while commercial and utility credits remain at 10 percent) and potential changes to net metering in New York. "I'd say the tariff is the least of the problems," she said.

Incentives are designed to jump-start an industry while companies drive costs down, not sustain those companies forever. But shifts in energy policy affect customer decisions to switch to solar and, therefore, valuable jobs in the industry.

Take Nevada, with its thousands of square miles of desert. At the end of 2015, state regulators scrapped net metering in the state. Major solar companies Vivint, Sunrun and SolarCity subsequently pulled out of the state, and around 2,600 jobs vanished. Eighteen months later, the state legislature allowed customers to sell their electricity back to the grid again.

While solar is on the frontier of energy technology, its installation jobs are essentially manual labor. "It's a construction job," said Ludwig, whose company pays its installers between $18 and $35 per hour, without them necessarily needing experience in the solar industry before joining.

Michael Lawrence, for instance, was the on-site electrician at the recent Brooklyn roof installation. With a background in construction, he has moved from Pennsylvania to Connecticut and now New York, chasing gigs wherever the government incentives are strongest. "It's been nonstop work the whole time," he said. He's now been in solar for nearly a decade.

All products recommended by Engadget are selected by our editorial team, independent of our parent company. Some of our stories include affiliate links. If you buy something through one of these links, we may earn an affiliate commission. All prices are correct at the time of publishing.
View All Comments
The state of solar installers after Trump’s tariff