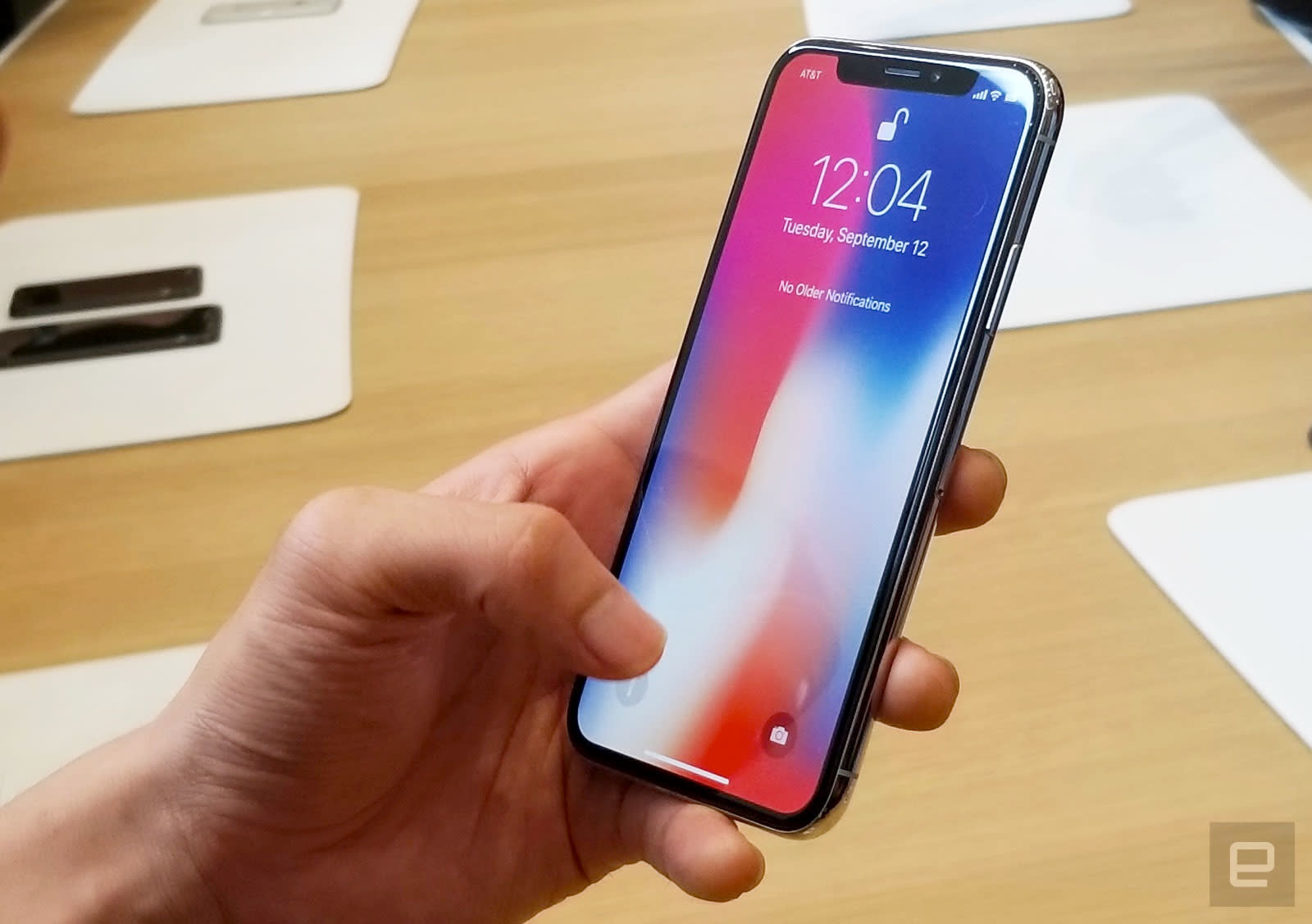 This past holiday quarter was a particularly notable one for Apple: It released the iPhone X, probably the most hyped and anticipated device the company has launched in many years. And with some grumblings in the financial and media world that the iPhone X isn't selling as well as expected, Apple did indeed slip a little bit. The company just announced that it sold 77.3 million iPhones in its fiscal year Q1, down a scant 1.3 percent compared to the 78.3 million sold one year ago.

It's the first time iPhone sales have declined during a holiday quarter since the phone launched, as best we can tell. That speaks both to how saturated the iPhone market is getting, how relatively incremental annual iPhone updates are getting, the massive iPhone X revision aside. Despite that, Apple says the iPhone X has been the top-selling iPhone every week since it shipped in early November. It's also worth noting that iPhone revenues increased 13 percent year-over-year despite sales slipping -- that speaks to the higher sales price of the iPhone X. If Apple can keep on bringing in more money, it'll likely not get too worried about the small sales dip.

Mac sales also dropped slightly, to 5.1 million units -- good for a five percent year-over-year decline. iPad sales, however, continued a resurgence, increasing a small one percent over last year to 13.2 million units. But that's three consecutive quarters where iPad sales bested the previous year, so Apple has to like that trend after years of decline. Services revenue, which has been Apple's second-largest product category in terms of revenue for a few years now, stayed flat quarter-over-quarter, coming in at $8.5 billion. But that represents and 18 percent jump over a year ago.

Finally, the "other products" category (which encompasses the Apple Watch, AirPods, Beats hardware and other, lesser products) was an undeniable bright spot: Revenue increased 70 percent year-over-year, hitting $5.5 billion. That speaks to the quiet success that the company has found with the Apple Watch. Indeed, Cook said that sales and revenue were both up 50 percent for the Apple Watch year-over-year; he also noted that it was the fourth quarter in a row where that was the case.

All told, total revenue came in at $88.3 billion, up 13 percent year-over-year. Net income came in at $20 billion for the quarter and was up 12 percent compared to a year ago. So despite the slight slip in Mac and iPhone sales, Apple is probably pretty pleased with its holiday quarter. We'll be listening in to today's conference call with CEO Tim Cook (starting at 5PM ET) and will update this post with anything else we learn.

When the call started, Apple did note that this quarter had 13 weeks, while the previous year had 14 weeks. Given that Apple's iPhone sales work out to nearly 6 million per week over the quarter, it seems like Apple would have easily kept up sales growth in the iPhone category.

Tim Cook also mentioned that Apple now has 1.3 billion active devices; he said that was up 30 percent in the last two years. In addition to all of its product categories having their highest level of active devices, Cook also noted that it's helping the company's services offerings continue to grow at a rapid rate.

In this article: apple, business, gear, mobile, personal computing, personalcomputing
All products recommended by Engadget are selected by our editorial team, independent of our parent company. Some of our stories include affiliate links. If you buy something through one of these links, we may earn an affiliate commission.