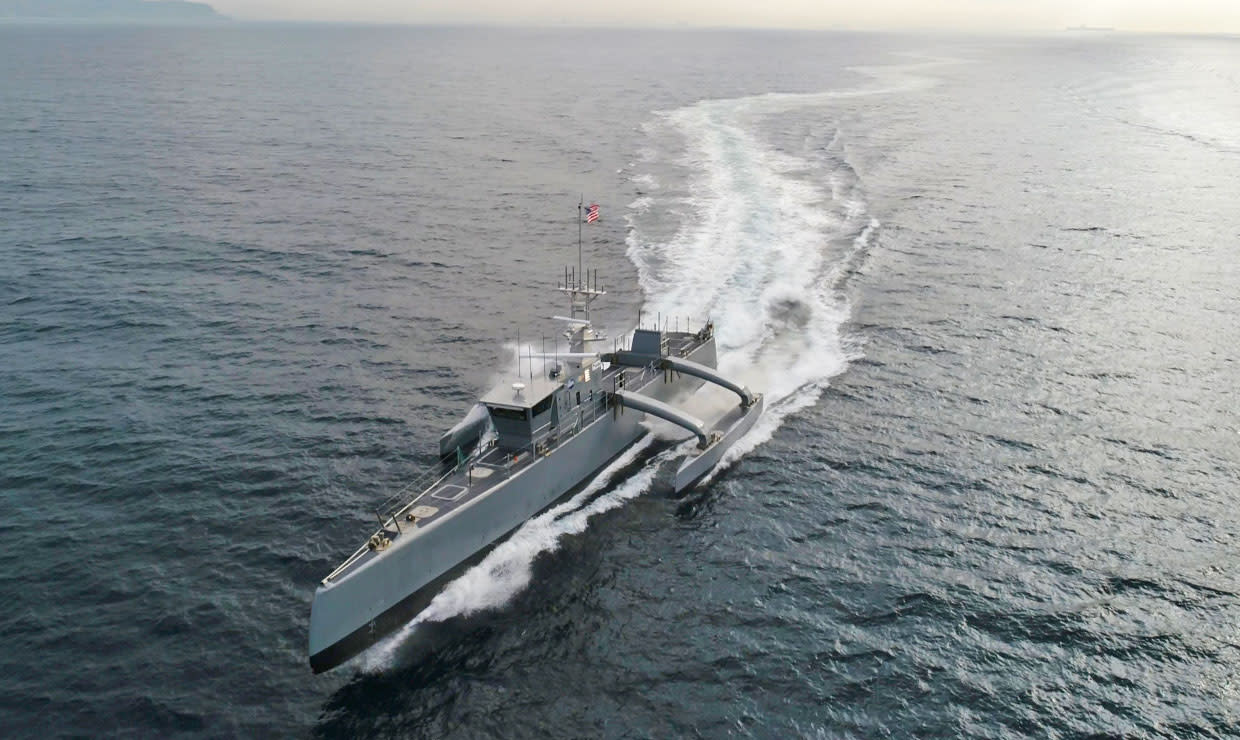 DARPA has completed its part in the development of Sea Hunter, a submarine-hunting drone ship that can cross the open seas without a human crew for months at a time. It has officially handed over the ship's development to its project partner, the Office of Naval Research, which has already begun fine-tuning the drone's autonomous features. The Navy has also renamed the drone to Medium Displacement Unmanned Surface Vehicle (MDUSV)... which really isn't any better than its old name, Anti-Submarine Warfare Continuous Trail Unmanned Vessel or ACTUV. We've got a feeling people will stick to calling it Sea Hunter, unless the Navy can come up with a snappier nickname.

Defense contractor Leidos started building Sea Hunter in 2014. DARPA then conducted speed tests in April 2016, christening the 132-foot self-driving ship "Sea Hunter" within the same month. The drone has the ability to hunt foreign-owned stealthy submarines, China and Russia are known for having big submarine fleets, in US waters -- hence, the name. However, it wasn't designed to equip weapons.

In DARPA's announcement, is said Sea Hunter could become a "new class of vehicle" under the Navy. The military division plans to conduct more testing in order to develop automat[ed] payload and sensor data processing, new mission-specific autonomous behaviors and autonomous coordination for multiple Sea Hunters. If the Navy wants to deploy a fleet of submarine-hunting drones, it needs to be able to add those capabilities to Sea Hunter's features, especially the last one.

Sea Hunter has transitioned to @USNavyResearch! ONR will develop the prototype as the Medium Displacement Unmanned Surface Vehicle, the 1st of what could become a new class of vessel able to traverse 1000s of kilometers over open seas for months at a time. https://t.co/8TMBZR49L8 pic.twitter.com/iL2YzamV9H

In this article: actuv, darpa, gear, navy, robots
All products recommended by Engadget are selected by our editorial team, independent of our parent company. Some of our stories include affiliate links. If you buy something through one of these links, we may earn an affiliate commission.