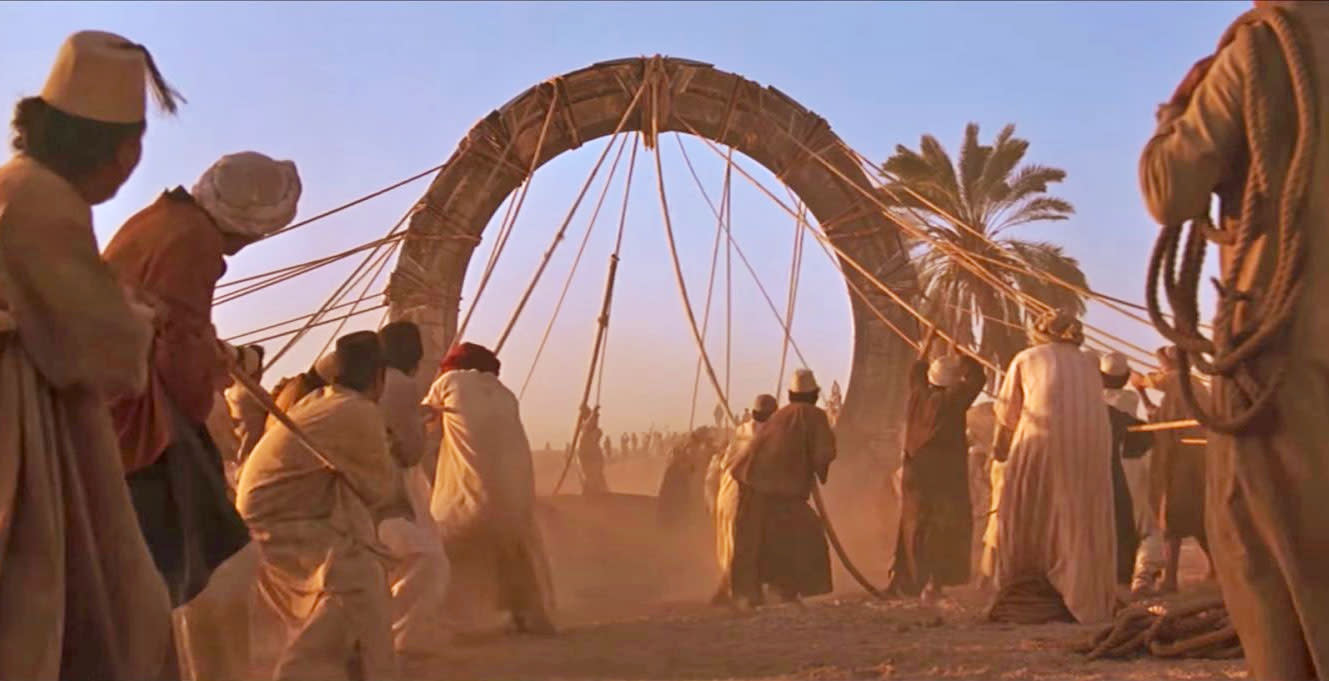 Stargate: Origins will come to Stargate Command, a new streaming service focused on the franchise, on February 15th. Now MGM has released a full trailer for the show, and it looks pretty spectacular.

Origins will focus on Catherine Langford, the daughter of the person who discovered the Stargate on Earth. In the trailer, she battles Nazis as she fights to figure out what the Stargate is. The show has an Indiana Jones vibe to it, and it looks like a lot of fun.

Here is the official synopsis for the series: "In 1939, Professor Paul Langford and his daughter Catherine are still grappling with the mysteries of the ancient relic they discovered in the Egyptian desert more than ten years ago. With war looming in Europe and funding running out, these brilliant minds are approaching their lowest ebb. Little do they know, answers are about to present themselves in a dangerous form, when the Nazi Occultist Dr. Wilhelm Brücke approaches their facility with a sinister motive. Enlisting the help of two young soldiers, Catherine must use all of her wit and nous as she and her new allies embark on an adventure into the unknown to rescue her father, and save the Earth from an unimaginable darkness."

The trailer seems to answer a question that quite a few Stargate fans had about the prequel series, which was: Would Catherine go through the Stargate? If so, that is contradicting the current canon of the show, in which Langford recruits archaeologist Daniel Jackson (played by James Spader in the movie and Michael Shanks in the follow-up TV show) to decipher the gate's symbols. However, it's also possible that it's the Nazis who go through the gate, not Catherine. Either way, a solid show is more important than canon, but it will be interesting to see whether there's a discrepancy.

If you're interested in catching Stargate: Origins, you can sign up for a subscription to Stargate Command for $20. That nets you access to all of the TV shows, and movies within the franchise, as well as this new show.

Update: This article previously stated that $20 would net you a lifetime pass to Stargate Command content. The video portion of the subscription will expire on May 25, 2018, according to the FAQ, so it appears the $25 fee is basically to watch the show.

In this article: av, entertainment, stargatecommand
All products recommended by Engadget are selected by our editorial team, independent of our parent company. Some of our stories include affiliate links. If you buy something through one of these links, we may earn an affiliate commission.