What we're playing: 'Yakuza 0' and 'Reigns: Her Majesty'

Welcome back to Gaming IRL, a monthly segment where several editors talk about what they've been playing in their downtime. This month, we spend too much time taking photos in Assassin's Creed Origins, lose ourselves in Yakuza 0's side stories, and ask the important question: "Tinder or Reigns?" I like to play a little game whenever I'm posted up somewhere with ample people-watching opportunities: It's called "Tinder or Reigns?" Playing Reigns: Her Majesty looks a lot like scrolling through Tinder -- one thumb swiping left or right -- and I enjoy guessing which app people are actually using as they're lost in their phones. I deeply hope (but supremely doubt) most folks are playing Reigns.

Reigns: Her Majesty is a sequel that functions a lot like the original mobile game: You're the ruler of an ancient kingdom, and on each turn you get to make a choice about how the whole thing is run. Each decision affects various aspects of the kingdom, such as finances, the church, public affection and the military. If your score in any of these topics gets too low -- or too high -- you're killed (usually in a brutal fashion) and you start up again as a new ruler.

There's so much more to it than that -- Reigns is a rich fantasy world populated by early science experiments, demons and witches, all veiled by the spectacle of palace intrigue. It's bite-sized and vast -- and so much more fun than Tinder. 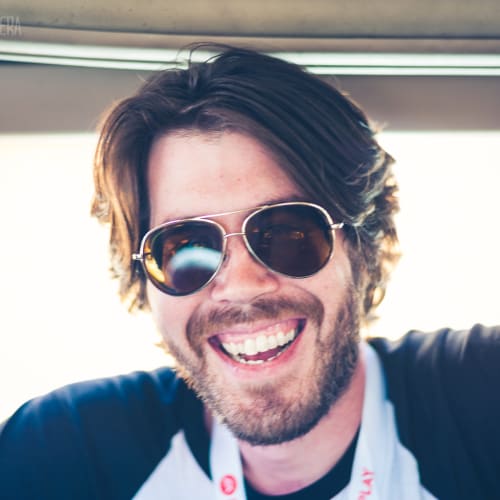 I'm a sucker for taking video game screenshots. It stems from my days writing reviews for print magazines where I had editors dead set against using the same press assets that everyone else had. This generation of hardware has made screenshotting incredibly easy, and has given rise to in-game photo modes. Typically, Sony's first party games set the bar for DSLR-like controls, but Assassin's Creed: Origins bucks that trend. Its feature set, combined with the atypical Egypt setting, mean making progress through the narrative is slow-going because I'm always stopping to grab a photo of an ancient temple or pyramid.

A lot of this comes down to how powerful the adjustable focus point and the depth of field controls are. I'm not limited to focusing on the center of a shot. Instead, Origins gives me full control of the focus point. Once I have composition set, clicking the left stick takes me to edit mode where, as I move the left stick about the frame, the focal point follows suit. From there, I'm able to adjust the depth of field slider to get the amount of bokeh I want. The depth of field looked like a cheap blur filter on my launch Xbox One, but the more powerful One X makes it look much more natural, in addition to pumping up the visual fidelity.

None of the screenshots I've taken will ever pass for DSLR photos, of course, but it's not like I have a time machine (or an animus) to take me back to Ra's Egypt. So, until science advances to the point where I can live out my ancestors' memories stored in my DNA, this will have to do. At the core of Yakuza 0 is a gripping and tremendously well-written tale about murder, honor and revenge. If you follow the main storyline and ignore everything else, you'll have a great time fighting through the streets of Tokyo and Osaka as the game's dual protagonists Kazuma Kiryu and Goro Majima. You will, however, miss out on a massive part of what makes the series so special. Both cities are filled with people who have bizarre and occasionally heart-breaking stories to tell. Solve their problems and you'll feel closer to each neighborhood; a true protector with friends on every street corner.

I was passing through Ashitaba Park, for instance, when I spotted an older gentleman staring at a young boy. I was curious and a little concerned, so I walked over and said hello. It turns out the man, Akatani, was in so much trouble with the yakuza that he had to fake his death and surgically alter his face. His wife and son have no idea that he's still alive; Akatani is afraid to approach them in case the mafia figures out his true identity and takes them as hostages. Instead, he watches his son, Yusuke, from afar in the park, forever longing to reach out and say hello.

I was surprised and moved by his story. As I ran across the city and completed other quests, I made sure to stop by and see how Akatani was doing. His side-story develops in an unusual way; eventually, a group of mobsters grow curious and begin to question Akatani's history. I step in, of course, and scare them away with a few well-timed punches and roundhouse kicks. The family is a little confused but express their gratitude. Here, I expected Akatani to come forward and reveal his true identity to them. But because he knew full well the danger it would put them in, he didn't.

I couldn't help but respect the man, despite his criminal past. Eventually we said our goodbyes and I moved on, hungry for other adventures. But as the hours rolled by I kept thinking about Akatani and his sad, lonely existence. What he must have been going through as I gulped down ramen and played Space Harrier in the arcade. It made me feel bad. In the game, his side quest was over, but a large part of me wanted to reach out and somehow continue our strange friendship.

Yakuza 0 is filled with side stories like this. They enrich the world and make it feel like a real, lived-in place. If you haven't played the game yet, or if you completed it with a "critical path" mentality, I implore you to go back and look around for a while. What you'll find is just as valuable and rewarding as the main storyline. Plus, it's nice to just stop and smell the digital roses sometimes.