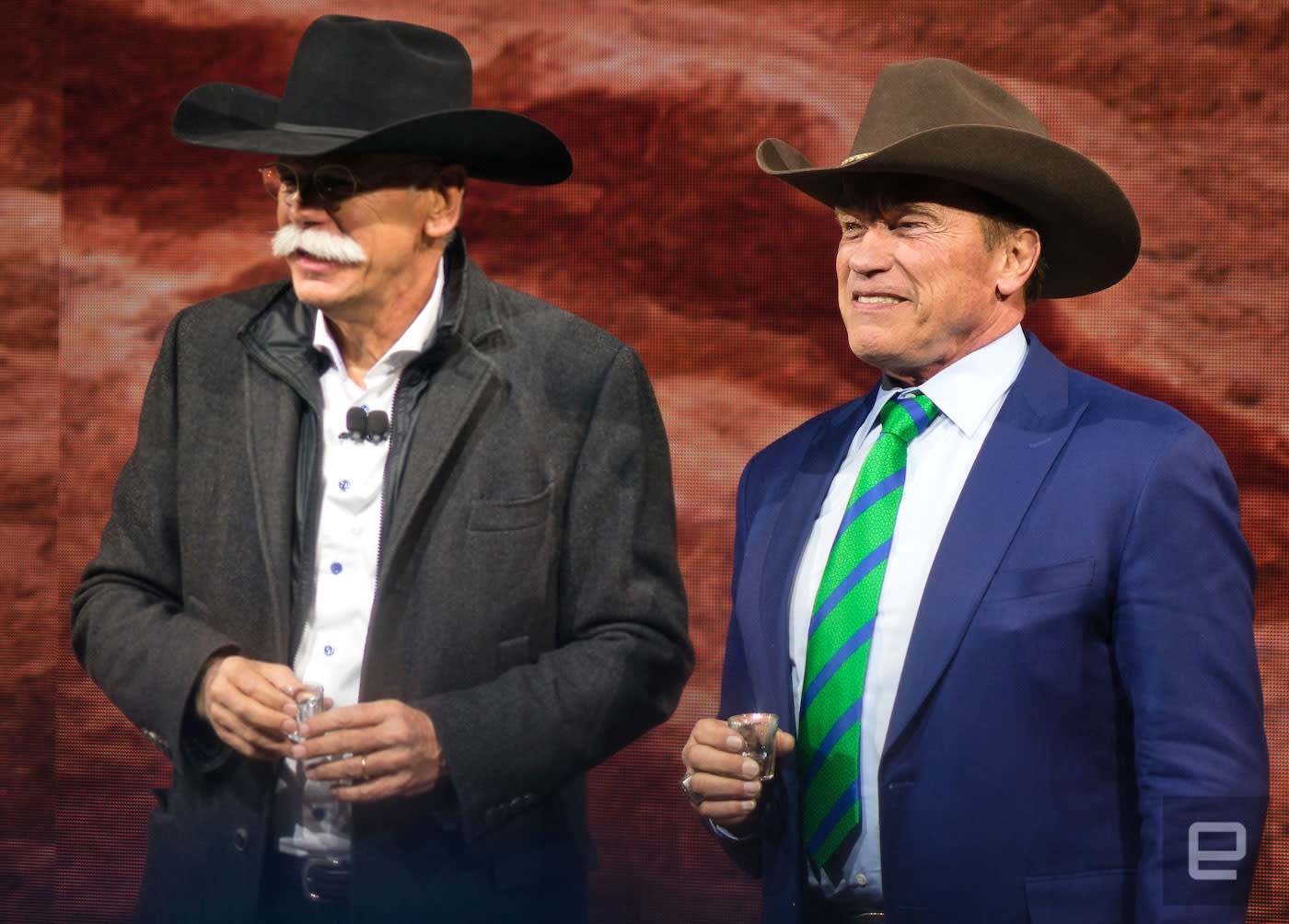 Arnold Schwarzenegger is set to appear in yet another Terminator film next year, but soon he'll branch out into a new genre for the veteran action hero: Westerns. Amazon is developing a new series called Outrider, with the former California Governor set to play a ruthless Federal Marshall helping a deputy hunt down a legendary outlaw.

The show doesn't have a release date yet. Schwarzenegger will executive produce, as will Mace Neufeld, who's performing the same function for Amazon's upcoming Tom Clancy's Jack Ryan series. While it'll be fun to see the Austrian film legend take on television, it's a shame he hasn't been attached to the just-announced Conan the Barbarian show on the same streaming network.

In this article: amazon, AmazonVideo, ArnoldSchwarzenegger, entertainment, services
All products recommended by Engadget are selected by our editorial team, independent of our parent company. Some of our stories include affiliate links. If you buy something through one of these links, we may earn an affiliate commission.