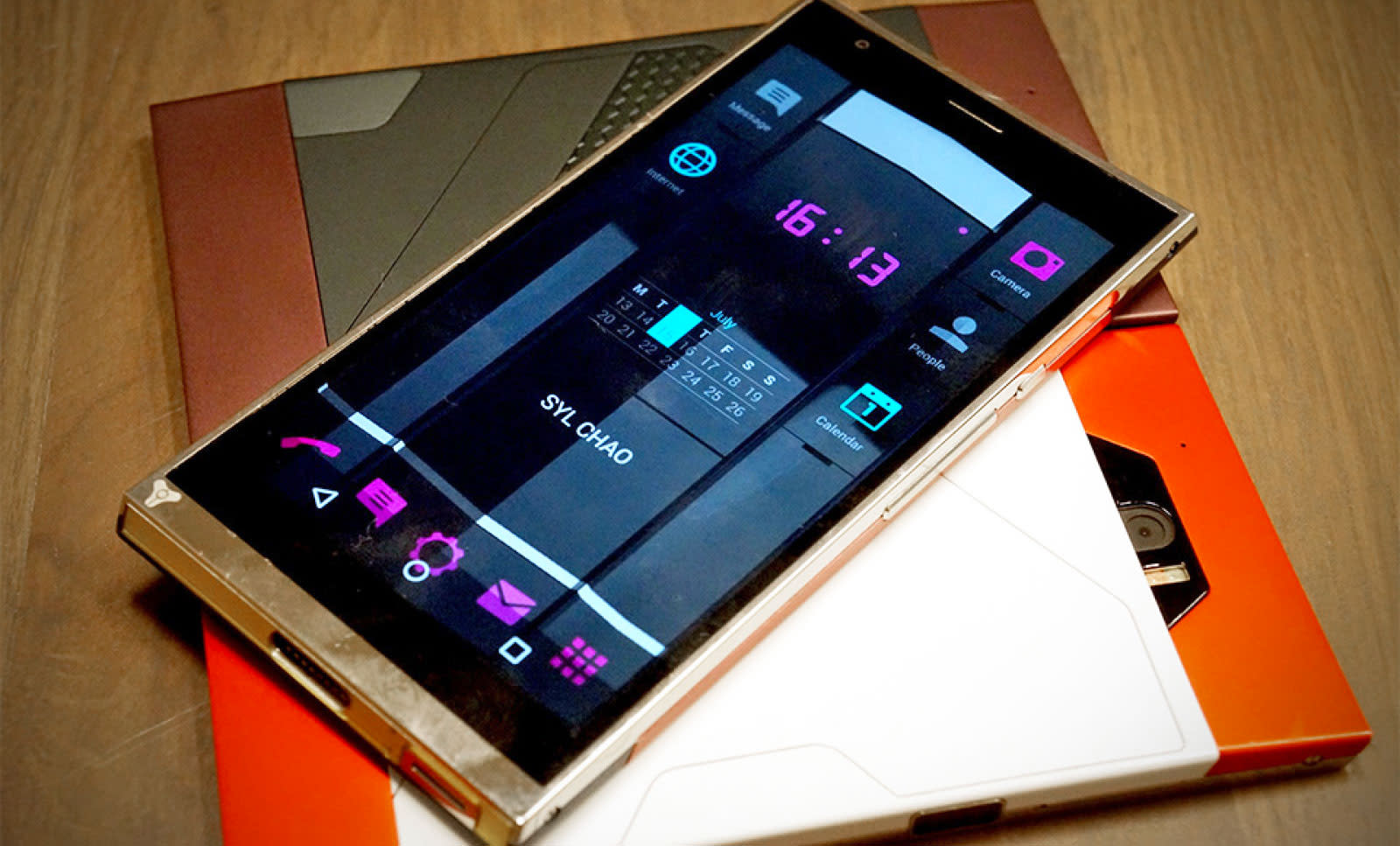 Back in mid-2015, Turing Robotics Industries unveiled its delightfully quirky debut smartphone, an encrypted Android device encased in colorful chrome. Though we cautioned that it could be delayed for a myriad of reasons that often plague small companies, we looked forward to their release in December...then delayed until early 2016...and long story short, it didn't ship at all. Now the company is filing for bankruptcy in Salo, Finland where it had rented a warehouse for manufacturing.

But not to worry, Turing Robotics CEO Steve Chao assured customers in a Facebook post: That doesn't mean the company is actually bankrupt. Finnish publication Salon Seudon Sanomat broke the news of the company's financial issues, reporting that creditors had filed a claim with Turing Robotics last year leading to the seizure of its movable property.

Whether that's true or not, the company has strung along customers for years, pivoting the phone to Sailfish OS in early 2016 and chasing news of more delays with promises for wildly better features in entirely new phones. But Chao isn't ready to give up: In a following report, he told Salon Seudon Sanomat that he's starting a new company in Salo with his old partners, and naming it Turing Robotic Industries Kepler.

In this article: gadgetry, gadgets, gear, mobile, turingphone, turingroboticindustries, turingrobotics
All products recommended by Engadget are selected by our editorial team, independent of our parent company. Some of our stories include affiliate links. If you buy something through one of these links, we may earn an affiliate commission.