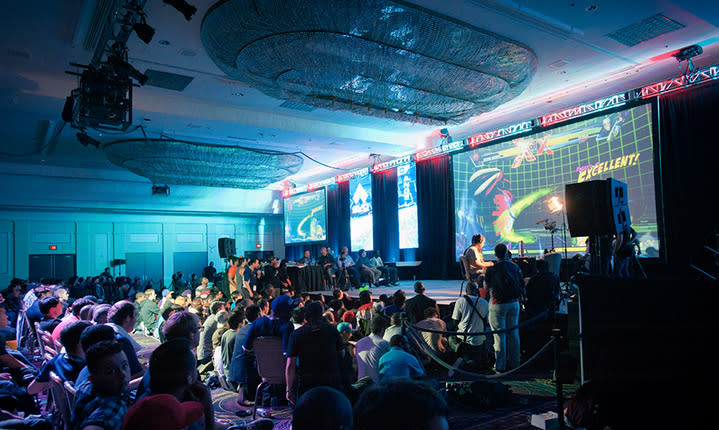 This year's EVO, arguably the biggest fighting game tournament, will feature eight titles in Las Vegas this year, including established favorites like Street Fighter 5, Tekken 7 and Super Smash Bros. Melee. Capcom's Marvel vs. Capcom: Infinite, however, will not be making an appearance this time. The series has regularly appeared at the tournament, but the newest addition apparently hasn't made the cut. Don't worry though, in its place there are new games!

BlazBlue: Cross Tag Battle and the bonkers Dragon Ball FighterZ will both make their EVO debut this year. I'm curiously enamoured with the style of Bandai Namco's Dragon Ball fighter, although I lack the skill (and power) levels to beat any EVO competitor. The Smash Bros. series gets two entries: Super Smash Bros. for Wii U and Super Smash Bros. Melee will both be showcased (it's happened before), and while no Marvel heroes will be at EVO 2018, Injustice 2 with its DC heroes and villains, is still on the roster. The tournament kicks off August 3rd in Las Vegas, Nevada. Here's the full list:

In this article: dragonballfighterz, DragonBallZ, evo, evo2018, gaming, marvelvscapcominfinite, services, StreetFighter5, SuperSmashBros, Tekken7
All products recommended by Engadget are selected by our editorial team, independent of our parent company. Some of our stories include affiliate links. If you buy something through one of these links, we may earn an affiliate commission.