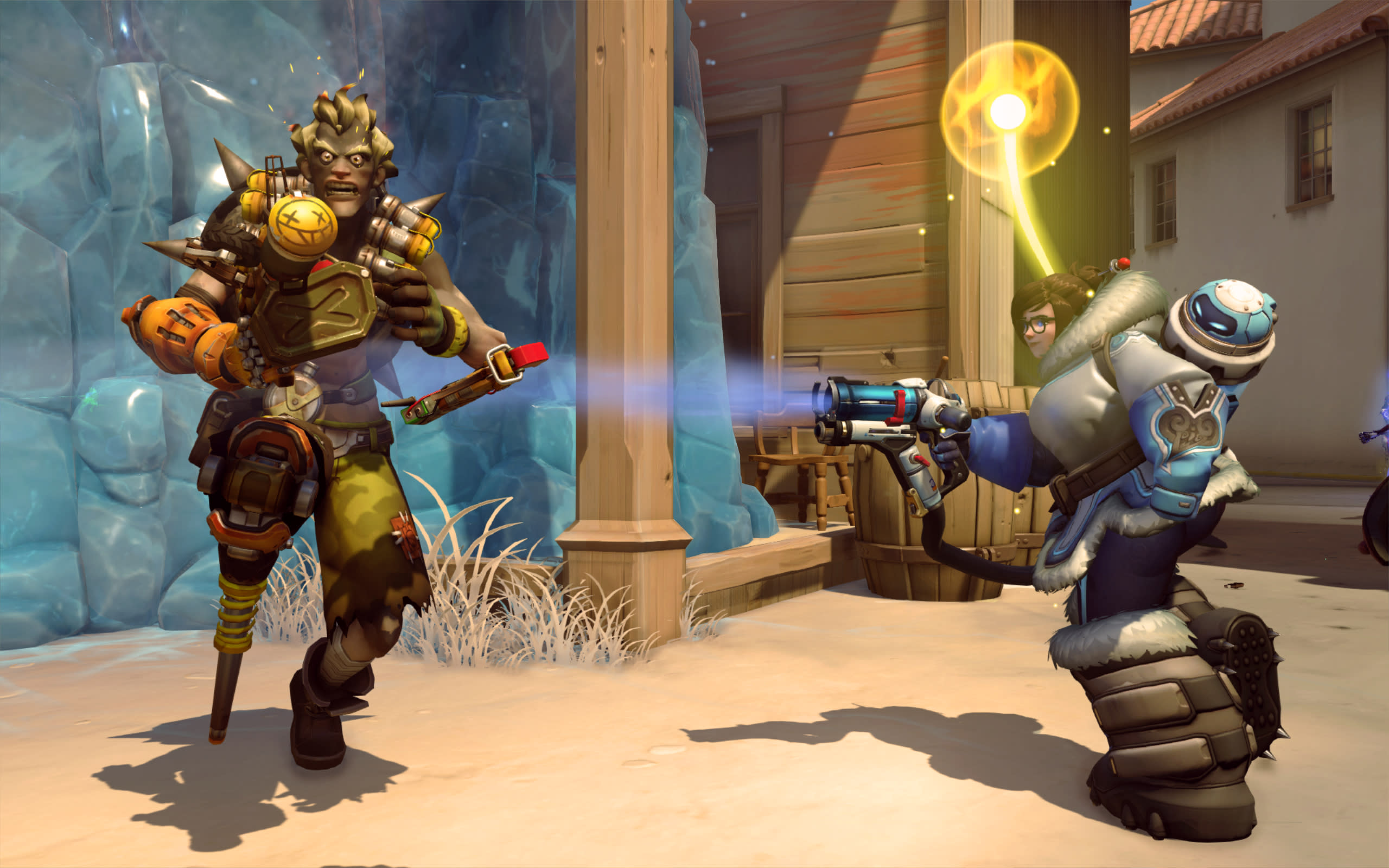 It's the Year of the Dog in Overwatch, and Blizzard game director Jeff Kaplan has revealed a little more about what we can expect from the game's seasonal event. The biggest headline is a new, Thailand-based map, which Kaplan says is "absolutely gorgeous". One side boasts an ancient feel, with a temple, the other is more "bright and beautiful" and modern. More importantly, though, this is the first map Blizzard has ever made specifically for Capture the Flag, which is also returning with the event.

According to Kaplan, the Overwatch team has been paying attention to feedback from fans, and has tweaked the rules of Capture the Flag accordingly. For a start, there will be no more draws -- as Kaplan notes, "they can feel very anticlimactic". As such, the game will feature a sudden-death mechanic. Kaplan explains: "What will happen is both teams' flags are moved closer to the center of the map and then the map resumes at that point and the teams will go for the flags and then they only have a very short distance to cap."

Flag pick-up rules are also changing. "Picking up the flag is instant, but if you use certain abilities and these abilities are limited to things that either give you invulnerability or give you great mobility, those abilities will drop the flag. We call these 'restricted abilities'." Kaplan explains that Winston's leap, for example, will cause the flag to drop if he's holding it. Players can also expect six legendary skins, a four-week competitive season for the new Capture the Flag mode and a new highlight intro for one of the game's heroes -- although Kaplan didn't say which one. The Year of the Dog event kicks off on February 8 on Playstation 4, Xbox One and PC.

In this article: av, Blizzard, CaptureTheFlag, gaming, JeffKaplan, Overwatch, PC, Playstation, Xbox, YearOfTheDog
All products recommended by Engadget are selected by our editorial team, independent of our parent company. Some of our stories include affiliate links. If you buy something through one of these links, we may earn an affiliate commission.