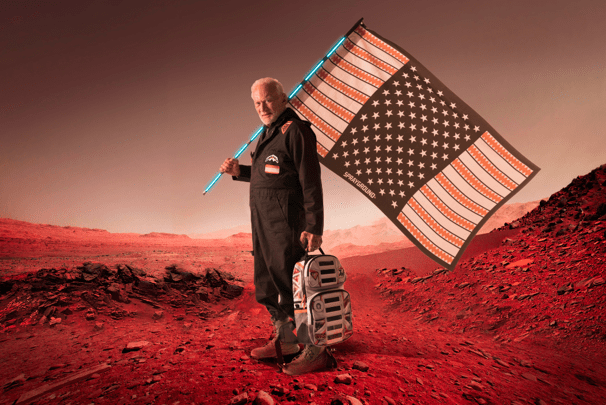 Buzz Aldrin: revered engineer, astronaut of our time and now, the face of high fashion backpacks. Bag brand Sprayground has released a new collection, "Mission to Mars", and the campaign sees Aldrin playing the role of a flight coach, modelling the collection's pieces as he hangs around Mars surrounded by attractive astronauts going about their space business. At the center of the collection is a limited edition solar backpack which comes with a power pack, so it's as useful as it is futuristic looking, which you'd expect for its $150 price tag. Aldrin has been increasingly vocal in recent years about his plans to get astronauts to Mars, so at least we know they'll look good when they get there.

In this article: backpack, BuzzAldrin, fashion, gadgetry, gadgets, gear, Mars, solar, Sprayground
All products recommended by Engadget are selected by our editorial team, independent of our parent company. Some of our stories include affiliate links. If you buy something through one of these links, we may earn an affiliate commission.