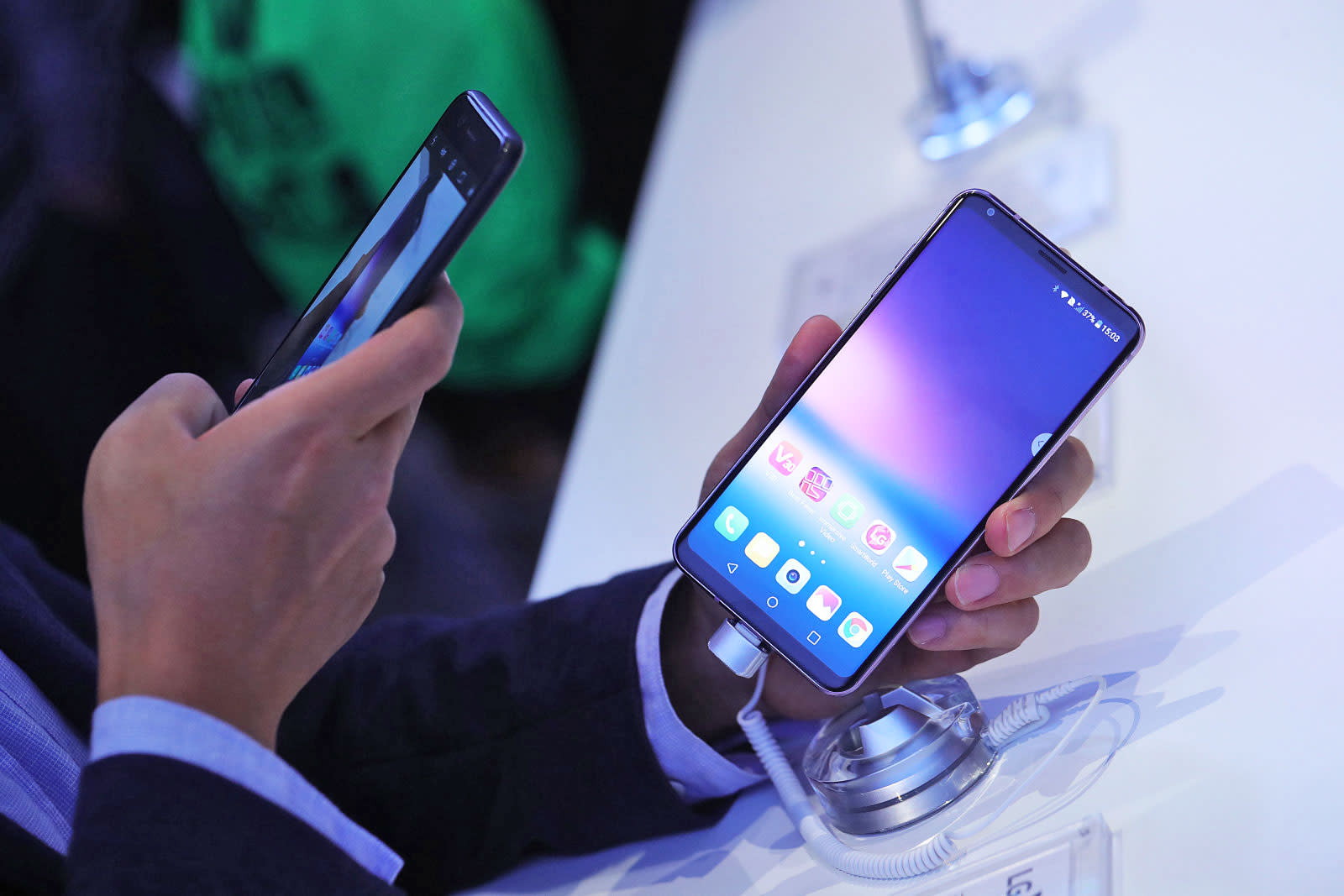 LG's V30 smartphone arrived last fall as a strong flagship with notable flaws, but we loved how much it suited the vlog life. Rumor has it that LG will announce a new model at the upcoming Mobile World Congress: The V30s, a largely similar phone equipped with a new AI-powered camera.

Per the rumor mill (ETNews via Phone Radar), the V30s' AI camera would work with an "LG Lens" functionality similar to Google Lens on the Pixel 2 or Bixby Vision on Samsung's Galaxy S8. In other words, point the phone at an object and the camera will recognize it and provide on-screen context. It's unclear if that extends beyond AI recognition to the heights of assistanceship that Samsung's and Google's AI-plus-camera platforms aspire to be.

Scuttlebutt also noted that the LG V30s should offer 256GB of internal storage, the same as the hideously expensive 2 million won ($1,800) V30 Signature Edition and double the 128GB cap of the stock LG V30. The new model will also include a MicroSD slot for further expansion. Assuming Phone Radar's leaks are accurate, the V30s will go on sale in South Korea in early March after it debuts at MWC.

In this article: gadgetry, gadgets, gear, lg, lgv30, lgv30s, rumor
All products recommended by Engadget are selected by our editorial team, independent of our parent company. Some of our stories include affiliate links. If you buy something through one of these links, we may earn an affiliate commission.