The kids are alright.

The World Health Organization took an unprecedented step in January when it decided to include "gaming disorder" in its 11th International Classification of Diseases (IDC). Though doctors and researchers have examined the effects of heavy internet usage since the days when access arrived on AOL CDs, this marks the first time that the organization has listed this disorder as a mental health condition. Doing so could have far-reaching, and potentially negative, implications for how the disorder is diagnosed and treated.

But video games aren't the only aspect of internet society that has people concerned. A 2016 study by Common Sense Media, a nonprofit that helps teens and their parents navigate modern media, found that nearly half of the teens surveyed described themselves as "addicted" to their phones. In August of the same year, British media watchdog Ofcom's survey found that 60 percent of people in the UK felt themselves similarly addicted. Even Selfitis -- the compulsive need to take and post pictures of yourself to social media -- is now considered a genuine mental health disorder.

But is it really? Not everybody in the medical community is on board with such an assessment. Some researchers have argued that this is simply another example of "moral panic": a remarkably common phenomenon in our culture, arising repeatedly in our history seemingly whenever a new generation asserts its values (which are often at odds with the previous generation's) on society.

The IDC's characterization of "gaming disorder" includes a variety of symptoms such as impaired control over gameplay, prioritizing gaming over other interests and continuing the behavior even after negative consequences. These criteria are similar to what the American Psychiatric Association (APA) proposed in 2013 for inclusion in the fifth edition of the Diagnostic and Statistical Manual of Mental Disorders (DSM-5). Dubbed Internet Gaming Disorder (IGD) by the APA, its nine characterization criteria include the inability to self-regulate game playing at the expense of other interests.

In fact, a group of more than two dozen doctors and researchers sent an open letter to the WHO in 2016, arguing that formalizing the disorder lacked scientific merit and could cause real harm to patients.

"Our main concerns are the low quality of the research base, the fact that the current operationalization leans too heavily on substance use and gambling criteria, and the lack of consensus on symptomatology and assessment of problematic gaming," the group wrote. "The act of formalizing this disorder, even as a proposal, has negative medical, scientific, public-health, societal, and human rights fallout that should be considered."

Dr. Michelle Colder Carras, a postdoctoral fellow at the Johns Hopkins Bloomberg School of Public Health, takes issue with characterizing it as an addiction at all. "Addiction is not a good term to be using with video games, because I would say unlike substance problems there is no substance that we're ingesting that directly affects your brain chemistry," Colder Carras told Engadget. "It makes more sense to talk about problematic video gaming.

"Playing video games is an enormous experience that has to be taken in context," she continued. "Because if we think of video games as a potential threat of addiction, then it's going to be hard to figure out exactly who has problems and who needs help."

For a study published in the February edition of the journal Computers in Human Behavior, Colder Carras and her team recruited a pair of focus groups at a recent video game convention. These groups were asked to define what they felt constituted symptoms of gaming "addiction," then discuss and rank their criteria in order of importance. A team then compared this ranked list against the proposed DSM-5 criteria for IGD. The study found that the strongest agreement between participants' rankings and IGD characterizations were functional impairment, continued use despite problems, unsuccessful attempts to stop and the loss of interest in other hobbies. The other five DSM-5 criteria did not overlap as strongly.

This follows a previous study that Colder Carras and her team published last year, again in Computers in Human Behavior. After grouping study participants by their gameplay, social network and IM habits as well as symptoms of "problematic" gaming, Colder Carras discovered that gamers (especially heavy-usage male players) who had better online social interactions exhibited fewer symptoms of problematic play as well as a lower prevalence of loneliness and social anxiety compared to players who interacted less effectively.

In male gamers with close friends both online and off, Colder Carras found that the association with depression disappeared completely. "People are quick to attribute causal influences," Antonius J. van Rooij, another author of the paper, writes. "These games aren't necessarily causing the problems; it might just as well be the other way around. People are not functioning, they suffer from social anxiety, they're lonely, and they flee into the games because it's an excellent coping mechanism."

The kids are alright, according to Chris Ferguson, a psychology professor at Florida's Stetson University. The issue may instead lie within society's existing power structure: the so-called moral panic. This is "a situation in which society or elements of society decide to find a scapegoat to explain a pressing societal problem which may be real or imagined," he explained to Engadget.

For example, "you still have people claiming that Adam Lanza, who was the 2012 Sandy Hook shooter, was an avid Call of Duty or violent video game player," Ferguson explained. "Odds are that he probably played occasionally." (Not surprising given that the franchise has sold more than 260 million units since 2003.) However, the official investigation report points out that the only game he played regularly was Dance Dance Revolution.

"And then people stop talking about it, and they move on to whatever the next new thing is that older adults don't use and don't like."

"There doesn't seem to be this link at all between violent video game consumption in society and violent crime," Ferguson said. If anything, the current body of evidence suggests that gaming might actually reduce the rate of violent behavior rather than instigate it.

Luckily, moral panics don't last far beyond the lives of those who are outraged by them. "If you look back in history, there were more panics over comic books in the 1950s, Elvis Presley and the Beatles," Ferguson said. "And then rock music like Twisted Sister and AC/DC in the '80s and stuff. Most people look back on these sorts of issues and don't take them remotely seriously anymore. The idea that Elvis Presley was a danger to society is laughable." 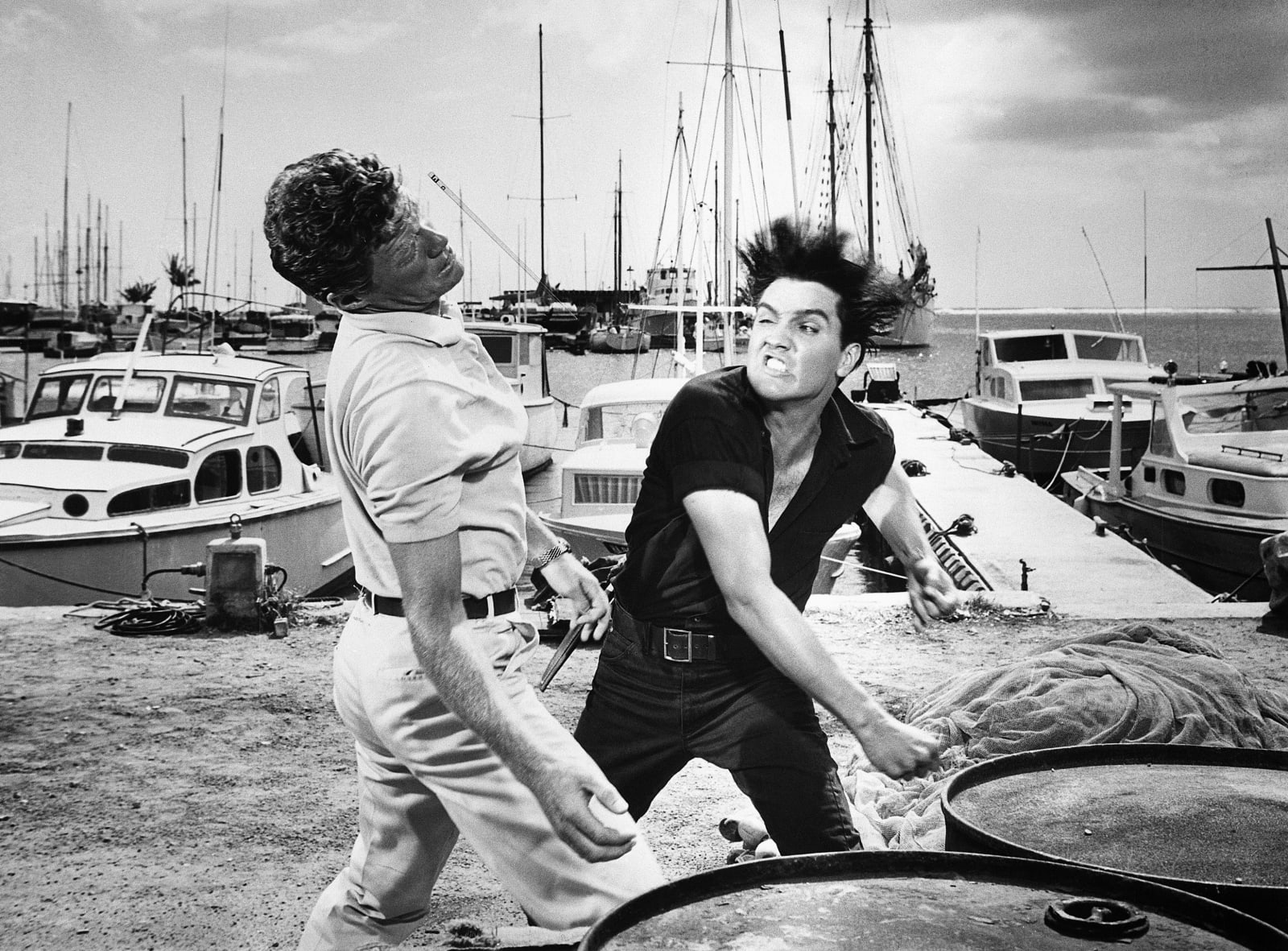 "The group of people who believe in the dangerousness of whatever they put on media eventually dies off," Ferguson remarked. "And then people stop talking about it, and they move on to whatever the next new thing is that older adults don't use and don't like."

That's not to say that the fears of older generations are simply the results of old men yelling at clouds. Moral panics can serve a potent, albeit misguided, function for society, especially related to gaming.

"Columbine really anchored this idea that video games and mass shootings were related to each other in the public sphere," Ferguson said. "So when you have that kind of sense of helplessness, a key to a lot of this stuff is that people want a fast and easy explanation of something that they think that they can fix, and preferably something they don't like already."

And in the case of the Columbine shootings, video games -- Doom, specifically -- became the scapegoat. Never mind the fact that an entire generation of young men and women grew up pumping shells into cacodemons without long-term psychological damage. "That was enough to cement this view for a while, at least in the public consciousness, that violent video games and mass shootings were invariably tied to each other," Ferguson concluded.

Thus, it would appear that the newly defined diagnoses of Internet Gaming Disorder or Selfitis may be rooted in a modern-day moral panic. "It looks like from the data that some people probably do overdo gaming like they overdo a lot of other things -- like food or exercise or work or religion. There are even papers on dance addiction, of all things," Ferguson said. "But that seems to be more of a symptom of other underlying mental illness rather than a mental illness by itself."

That said, treating the underlying mental illness can be tricky. As Colder Carras pointed out, simply limiting screen time may often backfire, as it eliminates access to one's online social structure. "Saying, 'You need to play fewer video games,' is not taking into account what kids are doing with their time on the video game -- whether they're spending it with friends, whether they're building magnificent block structures in Minecraft," Colder Carras wrote in her 2017 study. "You just have to take a more nuanced approach."