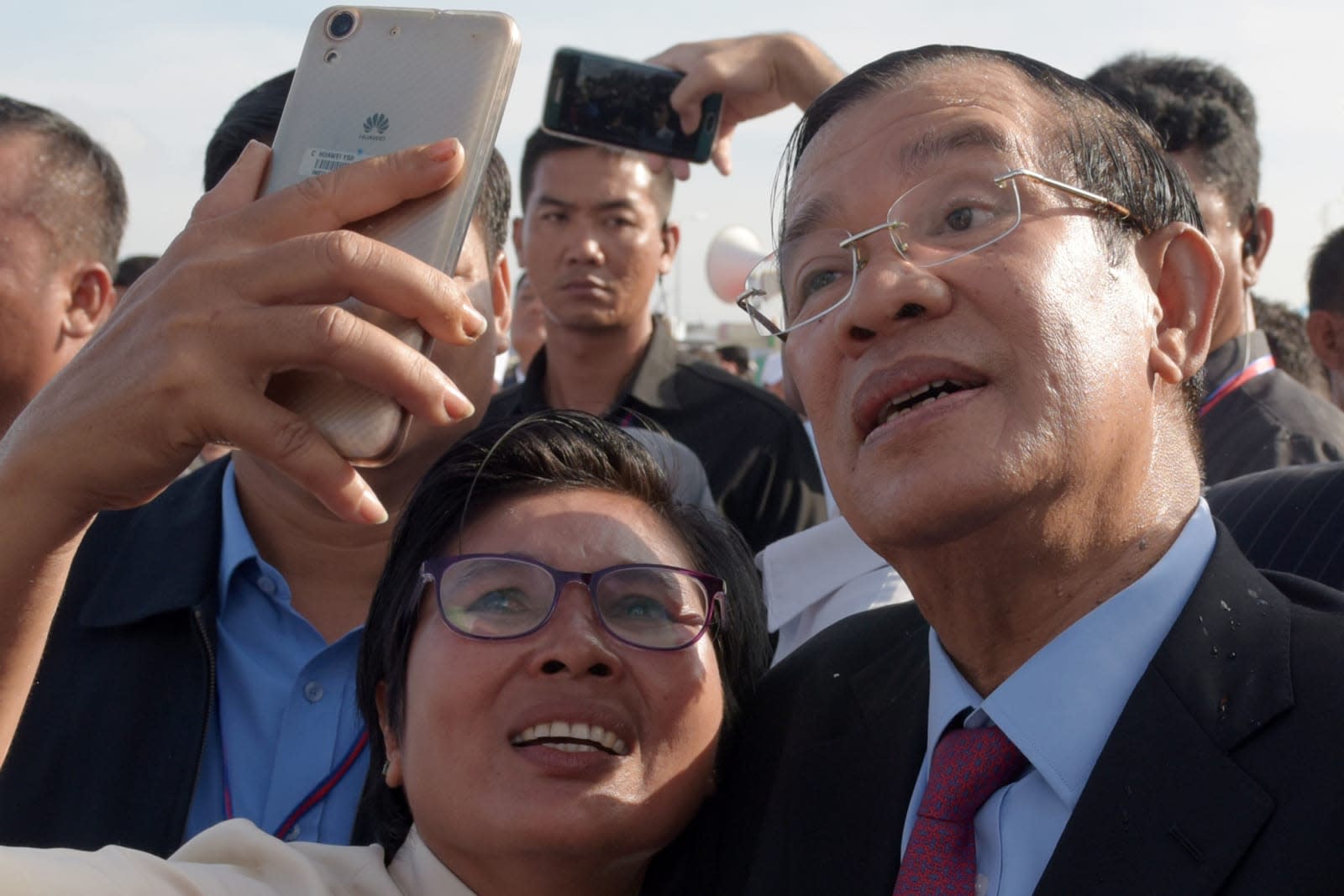 Facebook doesn't normally have to answer questions about government leaders' public pages, but it might have to very shortly. Exiled Cambodian politician Sam Rainsy has sued Facebook insisting that it provide any information that might show Cambodian prime minister Hun Sen (above) bought millions of fake "likes" to feign popularity. Rainsy himself is the target of a defamation case for making the allegations, and is betting that Facebook's data can clear his name.

A study of Hun's page suggests something is off. He only launched his Facebook page in 2016, but it quickly ballooned to 9 million "likes" (it's the third most active page worldwide), about 80 percent of which come from accounts in foreign countries like India, Mexico and the Philippines. Hun has claimed that it's just a reflection of his global popularity, but these accounts could easily be the product of fake follower services.

He certainly has the incentive to use bogus followers. As the de facto dictator of Cambodia, he has used Facebook to attack critics and his political powers to silence opposition. Hun also shut down Rainsy's party (the only opposing party in the country) in December, guaranteeing that he would face no opposition in the next election.

Rainsy said he contacted Facebook about his concerns 18 months ago, but the social network hadn't responded, prompting the lawsuit. Facebook has so far declined to comment on the case, but did note to the Guardian that it blocks the registrations of "millions" of fake accounts every day.

It's not clear if Facebook can or will hand over the data. However, it has taken down a leader's page (Russia-supported Chechnya leader Ramzan Kadyrov) for violating policy. If Facebook does find evidence of fake "likes," it could pull Hun's page regardless of how Rainsy fares in court.

In this article: cambodia, facebook, gear, internet, lawsuit, socialnetwork, socialnetworking
All products recommended by Engadget are selected by our editorial team, independent of our parent company. Some of our stories include affiliate links. If you buy something through one of these links, we may earn an affiliate commission.