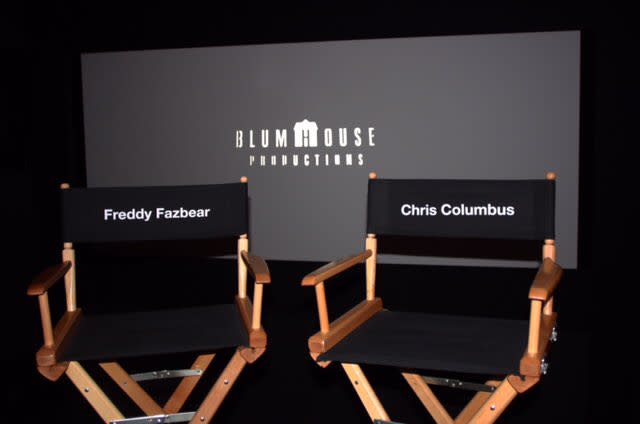 Almost a year ago, Blumhouse Productions -- the studio that followed the wild success of Paranormal Activity with hits like Insidious, Whiplash, Split and Get Out -- secured the film rights for the video game Five Nights At Freddy's. Today, the company announced who'd be helming the movie adaptation, and it's...Chris Columbus, best known for directing Home Alone, Home Alone 2, Mrs. Doubtfire and the first two Harry Potter films.

Five Nights At Freddy's is a horror game franchise following nighttime employees trying to survive Chuck E. Cheese-style enterprises where animatronic robots run amok trying to murder the player. It's a weird fit for Columbus, who's most known for tame films about families and magic.

True, Columbus has had a broad career in Hollywood beyond just kid-friendly films: He wrote Gremlins and The Goonies, directed Adventures in Babysitting and the film version of the Broadway hit Rent, and produced The Help and The Witch. He could surprise us all with a great adaptation of Five Nights At Freddy's, which Columbus is slated to write, direct and produce. Of course, he's also responsible for directing the universally-panned Pixels, so we'll hope cautiously.

In this article: av, blumhouse, blumhouseproductions, ChrisColumbus, entertainment, FiveNightsatFreddys
All products recommended by Engadget are selected by our editorial team, independent of our parent company. Some of our stories include affiliate links. If you buy something through one of these links, we may earn an affiliate commission.