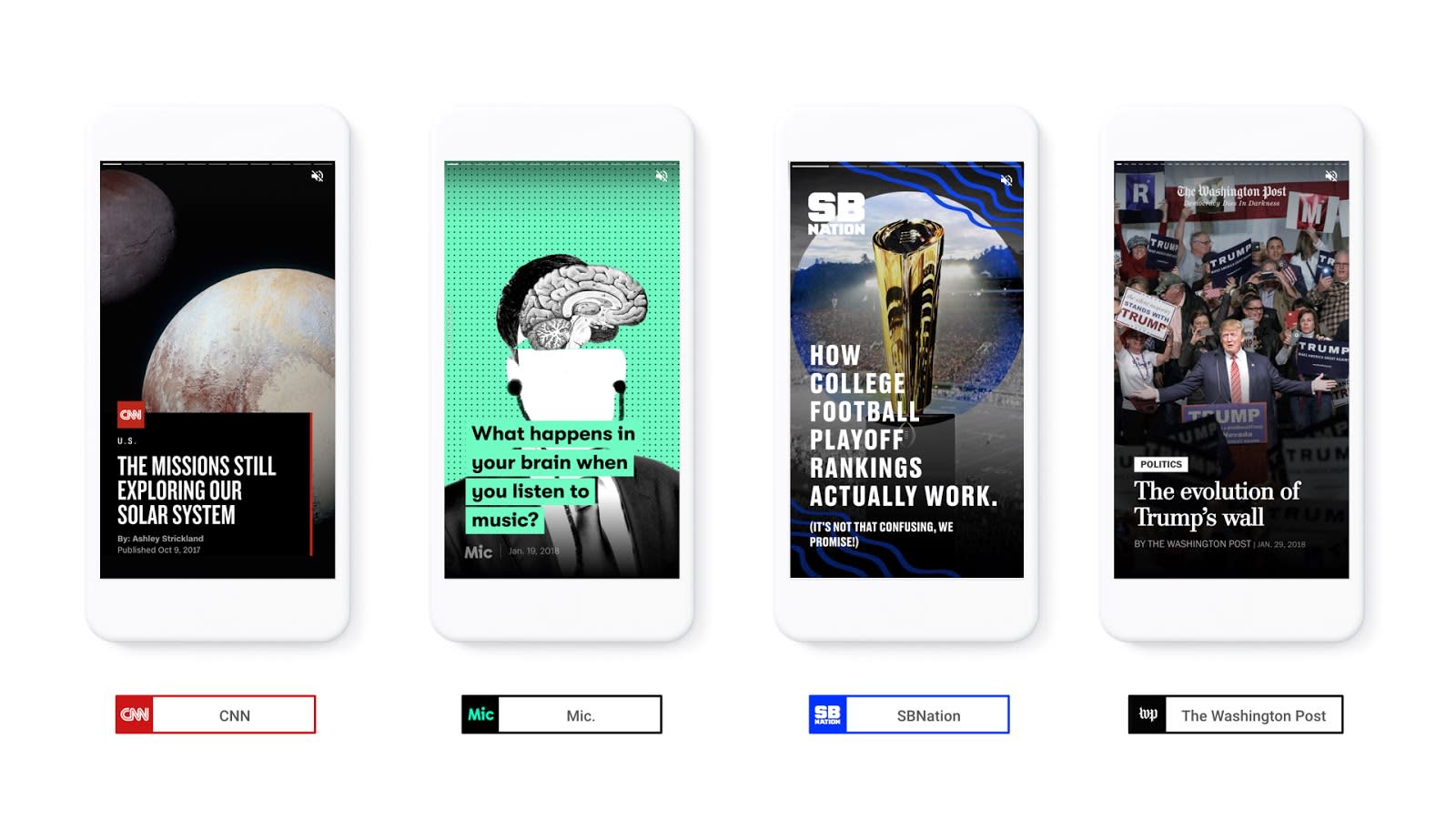 Assuming you have a basic understanding of social media and haven't been living under a rock for the last year, you're going to be familiar with "Stories" -- full screen displays of content that you can swipe or tap through, which are available for a limited time. Snapchat got the ball rolling, Instagram got on board, Facebook followed suit, and now Google is getting in on the action, following the initial report it would back in August. According to a Google blog post, "AMP Stories" are in the works, and soon they could completely shake up the look of your search results.

"AMP" stands for Accelerated Mobile Pages -- optimized web pages displayed on your smartphone via Google search results, and as the name would suggest, they load fast (in around a second) and use ten times less data than non-AMP pages (although they have created some controversy -- their URL prefix can make link sharing a pain, and some publishers have annoyed Google by offering stripped-back content on these pages instead of the full experience). Now, instead of seeing the usual text links, you'll see image- and video-orientated stories, much like the ones you see on Instagram et al.

The difference, of course, is that these stories aren't coming from your old college friend who's bought a new guitar, or from an ex-colleague who's shakily Snapchatting their commute, but from publishers with cash to spend on the format. Back in October, Recode reported that Google planed to pay said publishers to commit to its version of stories. CNN, Conde Nast, Hearst, Mashable, Vox Media and The Washington Post are just a few of the brands Google has partnered with for this developer preview, with examples of stories including swipeable top 10 lists, explainers and animations. The Washington Post used the format to create a timeline of North Korea's participation in the Olympics.

AMP Stories will appear in search results over time, although you'll find them now if you go purposefully looking for them -- you might see a carousel of stories content from a partner publisher if you search directly for them. It's not yet clear how Google will surface these stories, nor how publishers can be certain they'll be included in search results. And they'll want some certainties before they invest time and resources into the format, as all AMP stories will have to be created from scratch. Google will have to make sure it offers the right tools to publishers to encourage take-up of AMP Stories, because they'll be the ones that'll ultimately determine its success.

In this article: AMP, content, Facebook, google, Instagram, internet, mobile, news, publishers, Snapchat, Stories
All products recommended by Engadget are selected by our editorial team, independent of our parent company. Some of our stories include affiliate links. If you buy something through one of these links, we may earn an affiliate commission.