From internet hoaxes to creating chaos and confusion.

Earlier this week, we endured another school shooting. This time, in Parkland, Florida, where at least 17 students were killed. During the shooting's aftermath, hoaxes and disinformation spread on Twitter. It's a phenomenon that happens after every tragedy, and it doesn't seem to be going away.

As is common in these cases, many of the initial fake tweets misidentified the gunman. A few tweets from a fake Bill O'Reilly account, for example, claimed that there were two shooters (one of whom was the actual gunman, Nikolas Cruz) and the other was Sam Hyde. Hyde is a comedian whose photo was also circulated as the alleged shooter in previous tragedies like the ones in San Bernardino and Las Vegas. At this point, it's a well-known internet trope.

Others were also falsely accused of being the attacker, including German YouTuber DrachenLord and 24-year-old Marcel Fontaine (who was misidentified as being part of the "Antifa" movement). Some tweets combined false claims of lost relatives with photos of people who weren't involved in the shooting. One tweet even showed a photo of conservative radio host Bill Mitchell, claiming he was his missing grandfather.

There are 2 fake tweets circulating today attributed to me. They are doctored versions of tweets I sent while trying to tell the stories of victims and survivors -- important stories that need to be heard. I did not ask if the shooter was white nor ask for photos of dead bodies.

There were two other hoaxes, however, that seemed a little different. One doctored the tweets of Miami Herald reporter Alex Harris to make it appear she was asking for photos of dead bodies and if the shooter was white. Another included a fake screenshot of a BuzzFeed article with the headline "Why We Need to Take Away White People's Guns Now More Than Ever" written by a "Richie Horowitz," a name that seems chosen specifically to incite anti-Semitic sentiment. (That byline is next to a photo of a real BuzzFeed reporter whose name is actually Salvador Hernandez. The hoax was doctored with a screenshot of a real article titled "At Least 17 People Are Dead in a Florida School Shooting").

The specific targeting of journalists is not something Jane Lytvynenko, a BuzzFeed reporter who initially reported on the above hoaxes, has seen before. "It's definitely a new kind of situation," she told Engadget. Harris, the Miami Herald reporter whose tweets were faked, told BuzzFeed News that she's since faced a barrage of abuse and hate online. The fake tweets appeared not only on Reddit but also a white-nationalist forum, and whenever she tweeted at someone for a story, people would respond, saying, "Don't talk to her, she's racist." She doesn't know for sure if it had any impact, but there's a possibility it might have scared off some people from talking to her.

It's just further evidence that Twitter's fake-news problem is getting worse. After all, Twitter's very nature is to spread information at lightning speed with little to no oversight. And ironically, it is this quality that brought Twitter to prominence in the first place.

http://twitpic.com/135xa - There's a plane in the Hudson. I'm on the ferry going to pick up the people. Crazy.

One of Twitter's defining moments was when Janis Krum tweeted about U.S. Airways Flight 1549 landing in the Hudson River on January 15th, 2009 -- he was the first to have reported it, and the tweet soon went viral. "It changed everything," Twitter co-founder Jack Dorsey told CNBC in 2013. "Suddenly the world turned its attention because we were the source of news -- and it wasn't us, it was this person in the boat using the service." Twitter was no longer just a place for discussing what you had for lunch. It became a place where you could get news from real people experiencing events first-hand, which was often faster than mainstream news.

Twitter was also crucial during the Arab Spring, where protesters in countries like Egypt, Syria and Tunisia used social-media platforms to communicate and organize demonstrations. Twitter was also a valuable tool in sharing information with the rest of the world, raising global awareness of the political issues affecting the region. But it's this same speed and lack of central governance that has facilitated the spread of fake news.

By 2016, Twitter was crawling with memes citing fake crime stats, designed to feed right-wing conspiracy theories. Even Donald Trump was fooled by such propaganda. Of course, instead of targetting these bogus news sites, the president applied the phrase "fake news" to mainstream outlets like The New York Times, only fueling the chaos and confusion.

Gateway Pundit circulating a hoax screenshot of BuzzFeed News reporting in aftermath of FL school shooting. Let me be clear, this is fake. pic.twitter.com/VNJuYPec0a

And then there's the very real possibility that fake tweets affected our election. In 2016, Twitter discovered more than 2,000 Russia-backed accounts tried to influence the election and clearly succeeded to at least some degree.

Twitter is still being used by bots today. Hamilton 68, a site that tracks Russian influence campaigns on Twitter, noted that the most recent trending tweets from these accounts were shooting-related. The tweets mentioned the gunman, Nikolas Cruz, along with hashtags like "#guncontrol" and "#guncontrolnow." Bret Schafer, a research analyst with the Alliance for Securing Democracy, said the goal of these groups isn't to advance any particular agenda -- the Kremlin doesn't care if the US passes gun-control laws -- but instead to sow discord. "It's just being used as bait, basically," he told Wired.

"Twitter can be an incredibly useful tool for reporters or anybody in a dangerous situation," said Lytvynenko, adding that it was helpful during last year's hurricane season. During the Parkland shooting, students used Twitter to talk to each other and the media. "Unfortunately, misinformation is the flipside of that." 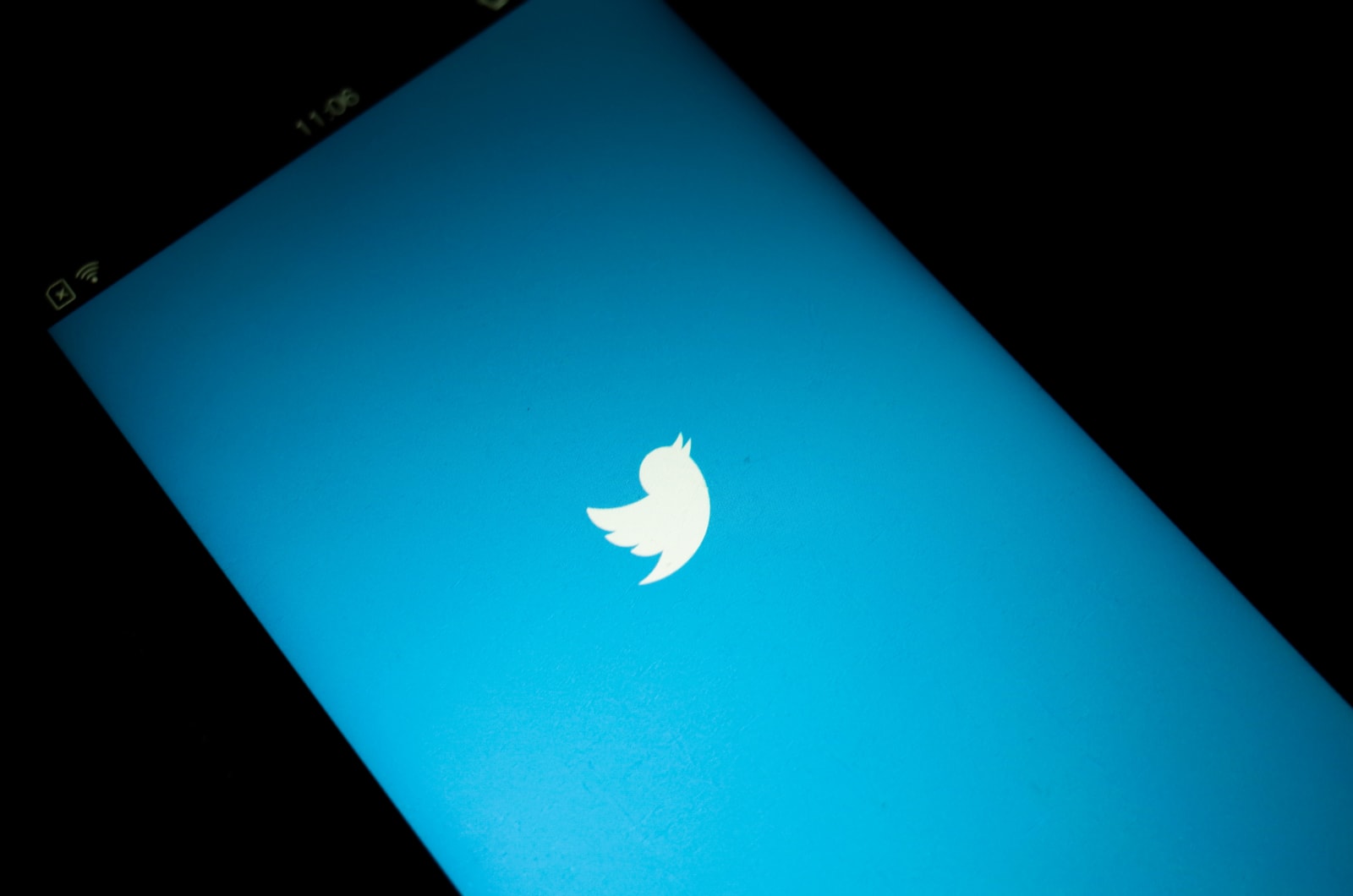 Twitter has floated the idea of creating a fake-news-reporting feature and using machine-learning to weed out tweets with spam-like characteristics. In a blog post last June, the company pledged to expand its team and build more tools and resources for users. It's also beginning to broadcast local TV news next to the timeline to avoid misinformation in breaking stories.

But its efforts aren't foolproof. Twitter hoaxes have evolved from harmless pranks to 4chan members "doing it for the lulz" to saboteurs actively undermining journalists and democratic institutions -- and creating chaos in the wake of a tragedy.

To make matters worse, even after Harris reported the doctored tweets to Twitter, the company hasn't done anything about them. "Twitter told me that impersonating an account is against the rules, but this isn't," Harris told Engadget. "It doesn't count as impersonation or targeted harassment. I think that's bullshit."

When confronted with the situation, Twitter told BuzzFeed News that the team "reviews reports" against the rules, and if broken, "actions" can be taken. Twitter also sent us a link to the above blog post, and highlighted this specific paragraph:

"Twitter's open and real-time nature is a powerful antidote to the spreading of all types of false information. This is important because we cannot distinguish whether every single Tweet from every person is truthful or not. We, as a company, should not be the arbiter of truth. Journalists, experts and engaged citizens Tweet side-by-side correcting and challenging public discourse in seconds. These vital interactions happen on Twitter every day, and we're working to ensure we are surfacing the highest quality and most relevant content and context first."

From Lytvynenko's understanding, Twitter is making a distinction here between an entire account being fake -- which would be against the rules -- versus somebody doctoring screenshots, which is not quite so clear-cut. "It's a nuance that needs addressing," she said. Since she reported this, Twitter's Jack Dorsey did tweet admitting the policy should be revised:

We currently don't have a *scalable* policy or set of product features around authenticity of content. Account-level policy against impersonation is clearer and more scalable. We need to figure out a scalable and objective way rooted in durable policy to do this long-term.

Faked images of tweets and articles are just the latest example. And in this case, it appears to be making it harder for journalists to do their jobs.

"Almost every reporter who writes about national issues has seen some form of harassment," said Lytvynenko, but this takes it to the next level. She said that this has the real potential of influencing whether or not sources are willing to trust them. "I don't know if [this kind of hoax] will go away."

As for advice on how readers can make sure they're not spreading disinformation, Lytvynenko said the best suggestion is to just not amplify anything you're not sure about. "If you see a piece of news and you want to share it, share it privately rather than retweeting or posting it online. At least not until you're 100 percent sure the information is correct."

But leaving it up to the public to figure out what's real and what's fake isn't enough. As much as Twitter doesn't want to be the "arbiter of truth," it should take some responsibility for safeguarding the community from falsehood and disinformation. If it isn't the arbiter of truth, it should at least try not to be the disseminator of lies.

All products recommended by Engadget are selected by our editorial team, independent of our parent company. Some of our stories include affiliate links. If you buy something through one of these links, we may earn an affiliate commission. All prices are correct at the time of publishing.
Twitter’s fake news problem is getting worse
buzzfeed
fakenews
gear
internet
parkland
social
socialmedia
twitter