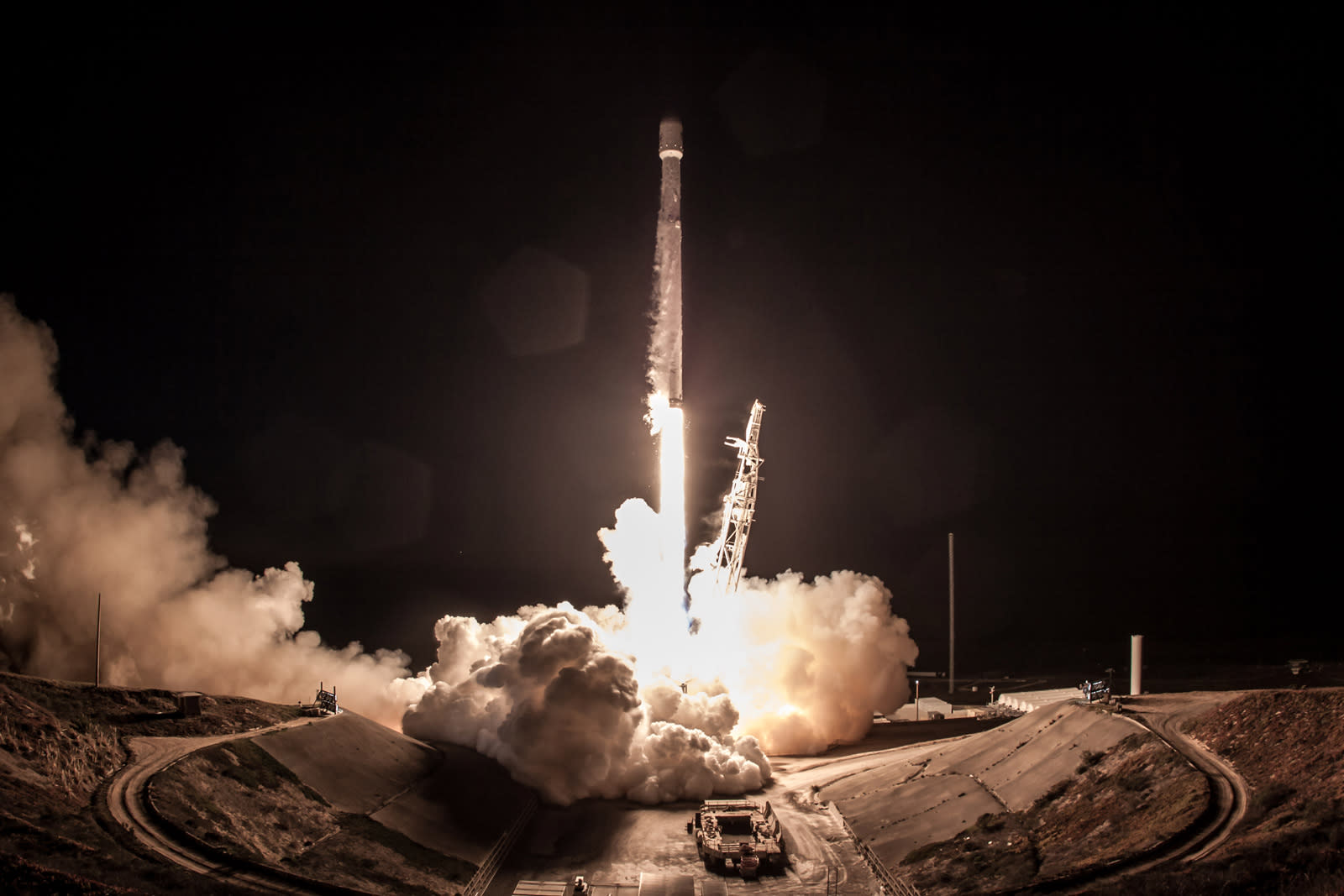 Sorry, folks, you'll have to wait a while longer before SpaceX's satellite internet launch takes place. With hours to go, SpaceX has delayed the liftoff from its February 17th target to 9:17AM Eastern on February 21st. According to the company, the crew at the Vandenberg launchpad needed extra time to run "final checkouts" of the upgraded fairing used to protect the Falcon 9 rocket's payload. The company has been inching toward completely reusable rockets, and it wants to be sure it's making progress on that front.

Both the payload and the rocket itself are "healthy," SpaceX said.

The rocket is mainly intended to carry a Spanish radar imaging satellite, Paz, but it'll also bring SpaceX's own Microsat-2a and Microsat-2b internet satellites into orbit. If all goes according to plan, they'll help start a constellation of broadband satellites that would provide gigabit internet speeds around the globe. That SpaceX is willing to delay the launch by several days speaks volumes -- it has a lot riding on this launch.

In this article: falcon9, gear, internet, microsat, microsat-2a, microsat-2b, rocket, satellite, satelliteinternet, space, spacex, starlink
All products recommended by Engadget are selected by our editorial team, independent of our parent company. Some of our stories include affiliate links. If you buy something through one of these links, we may earn an affiliate commission.