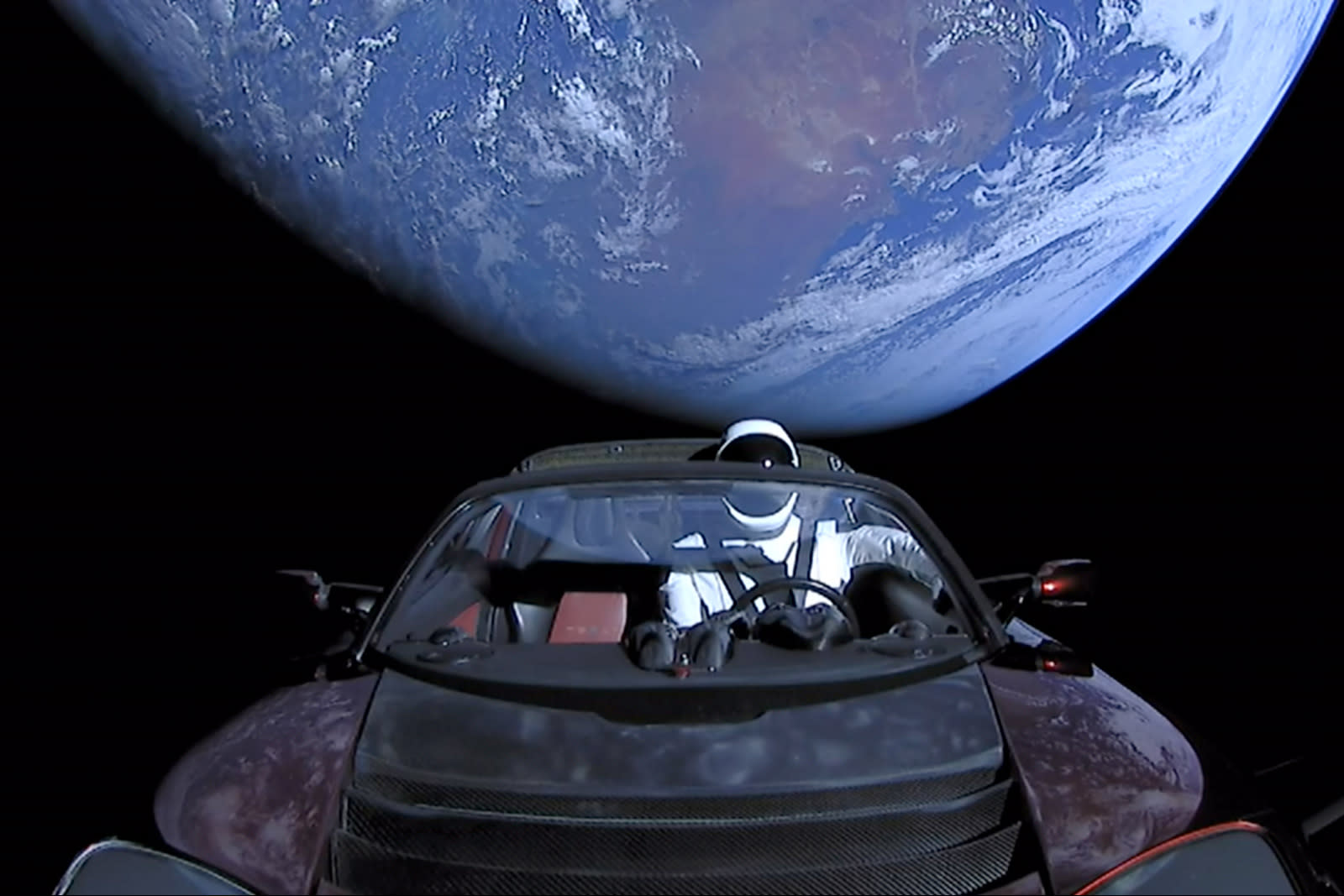 Elon Musk's Tesla Roadster may have slipped the surly bonds of Earth, but you can still follow its path through the Solar System. Satellite guru Ben Pearson's unofficial Whereisroadster.com website is tracking the EV based on NASA data and his own flight modeling (which, it turns out, is more accurate than Musk's). The site not only gives you an idea of the relative position and speed, but offers fun tidbits such as the number of times the car has voided its 36,000 mile warranty and its equivalent fuel economy if it had traveled under its own power.

As of this writing, the car is about 2.1 million miles away from Earth and hurtling toward Mars at about 43,145MPH (6,755MPH away from Earth). It won't actually orbit Mars or venture into the Asteroid Belt, as Musk suggested -- if it keeps on its current trajectory, it should venture just past Mars before being pulled back toward the center of the system. You can find out when the car will get relatively close to Earth or Mars.

Don't expect the car to get close to other celestial bodies very often. Its closest approach to Mars in the near future will be on October 7th, 2020, when it drifts within 0.05AU* of the planet. And Earth? Pearson told The Verge that one of the car's closest approaches to home won't occur until 2091. It'll actually drift far from Earth at more than 2.3AU away. Until someone can justify sending a spacecraft to pick up the Roadster, sites like Pearson's may be your only real way of knowing what Musk's former ride is doing.

In this article: electriccar, electricvehicle, elonmusk, gear, internet, roadster, solarsystem, space, spacex, tesla
All products recommended by Engadget are selected by our editorial team, independent of our parent company. Some of our stories include affiliate links. If you buy something through one of these links, we may earn an affiliate commission.