Snapdragon 845 will enable features like foveated rendering and roomscale tracking.

Ahead of Mobile World Congress, which is taking place in Barcelona next week, Qualcomm has announced a VR headset reference design based on its latest Snapdragon Mobile VR platform. The new system works on the Snapdragon 845, the company's latest premium mobile chipset, and will bring about new features like foveated rendering and room-scale tracking. According to Qualcomm, it'll also be 30 percent faster and use 30 percent less power than the Snapdragon 835 version.

The Snapdragon 835 is already in some notable VR headsets, including the HTC Vive Focus and Lenovo's Mirage Solo. With the 845, devices can support higher-res displays, with "more than twice as much display throughput compared to the Snapdragon 835 mobile platform," according to the company's announcement. That means dual screens, each with 2K resolutions, can be powered by the chip at the same time.

The Snapdragon 845 will also enable what Qualcomm calls Adreno Foveation, which is basically foveated rendering using its Adreno GPU. The reference design headset has four cameras -- two of which are pointing at the user's face to track your pupils. The GPU uses that information to render higher quality graphics where the eyes are paying attention.

The new platform will also support what the company calls Roomscale tracking, using inside-out 6-DoF (degrees of freedom) tracking with SLAM (simultaneous localization and mapping) to follow your body and the room you're in. This way, it can detect obstacles in front of you so you can avoid them while remaining immersed in VR. 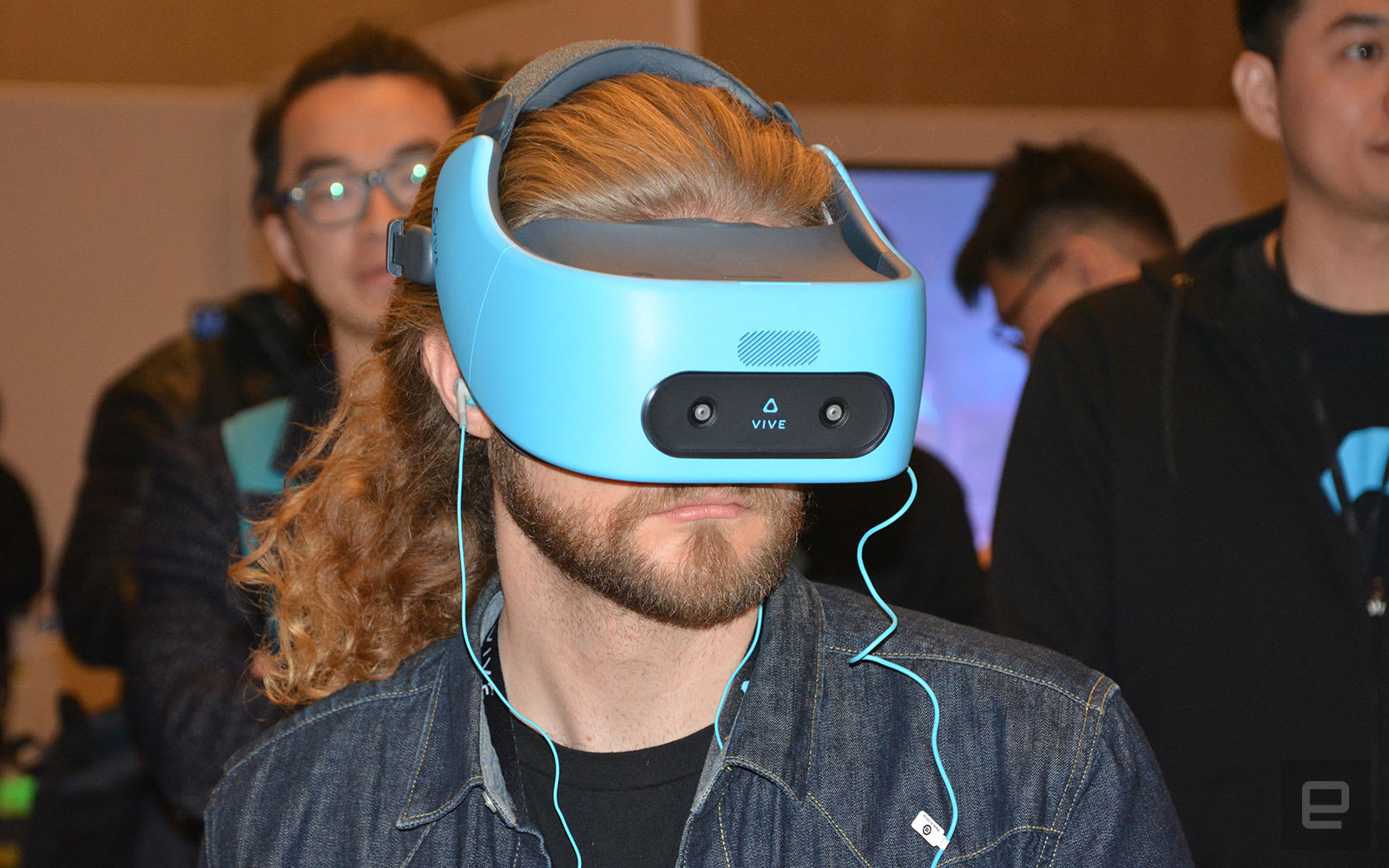 Although we first heard about the Snapdragon 845 Mobile Platform in December, seeing the reference design gives us a glimpse of what to expect in the next generation of mobile VR headsets. The reference design is available for both standalone goggles as well as those where you have to slot in a smartphone to power the VR experience. While we've seen examples of foveated rendering and SLAM in other devices, it's likely that Snapdragon-powered headsets will be more widely available.

According to Qualcomm, the Vive Focus was a derivative of its Snapdragon 835 reference design, which is another reason why this is a taste of upcoming VR devices. To date, the company said it has "supported customers in the launch of more than 20 XR (Xtended Reality) devices across standalone head-mounted displays and XR-capable smartphones." We'll be checking out the actual device itself at MWC next week, so stay tuned for our impressions.