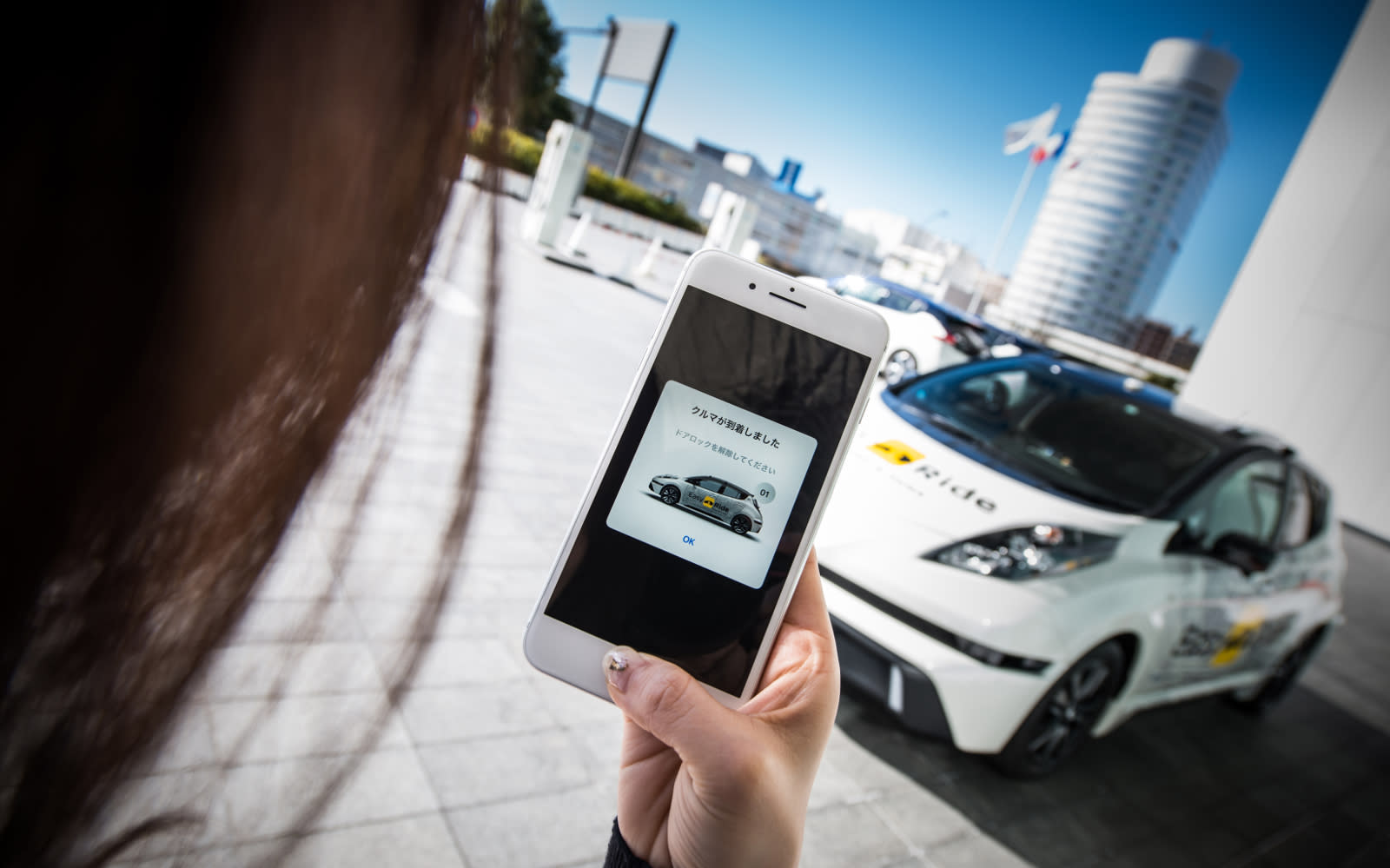 Nissan will start testing its self-driving taxi service Easy Ride in a few days in hopes of launching it in time for the 2020 Summer Olympics in Tokyo. The automaker and Tokyo-based mobile developer DeNA will begin ferrying passengers in Yokohama on March 5th. Nissan's autonomous cars will only be able to drive them along a set route, a 2.8-mile-long stretch of road between Nissan's HQ and the Yokohama World Porters shopping center. But they'll at least be able to give the Easy Ride app's features a try during their trip.

Passengers will be able to tell the app via text or voice what activity they want to do while in the area. The car's built-in tablet screen will then show them recommendations, including places of interests and event. Sure, you could look all those up on your own, but the Easy Ride system can hook you up with coupons from the retailers and restaurants it recommended. You'll also be asked to rate your experience and how much you'll be willing to pay for a ride like it in the future.

When Nissan first announced its plans to test the service this year, it said the initial trial period will only last for a couple of weeks. Nissan and DeNA won't be able to gather tons of feedback within that time, but any survey response they get will be used to develop future field tests and Easy Ride itself. To be able to offer rides to Olympics tourists and Japan's aging population, they're planning to expand their routes, offer multilingual support and fine-tune their pick-up and drop-off processes in the next couple of years. While it's not exactly clear if the initial tests will have a human driver behind the wheel, Nissan says the companies have set up a remote monitoring center for customers' peace of mind.

In this article: dena, easyride, gear, nissan, transportation
All products recommended by Engadget are selected by our editorial team, independent of our parent company. Some of our stories include affiliate links. If you buy something through one of these links, we may earn an affiliate commission.