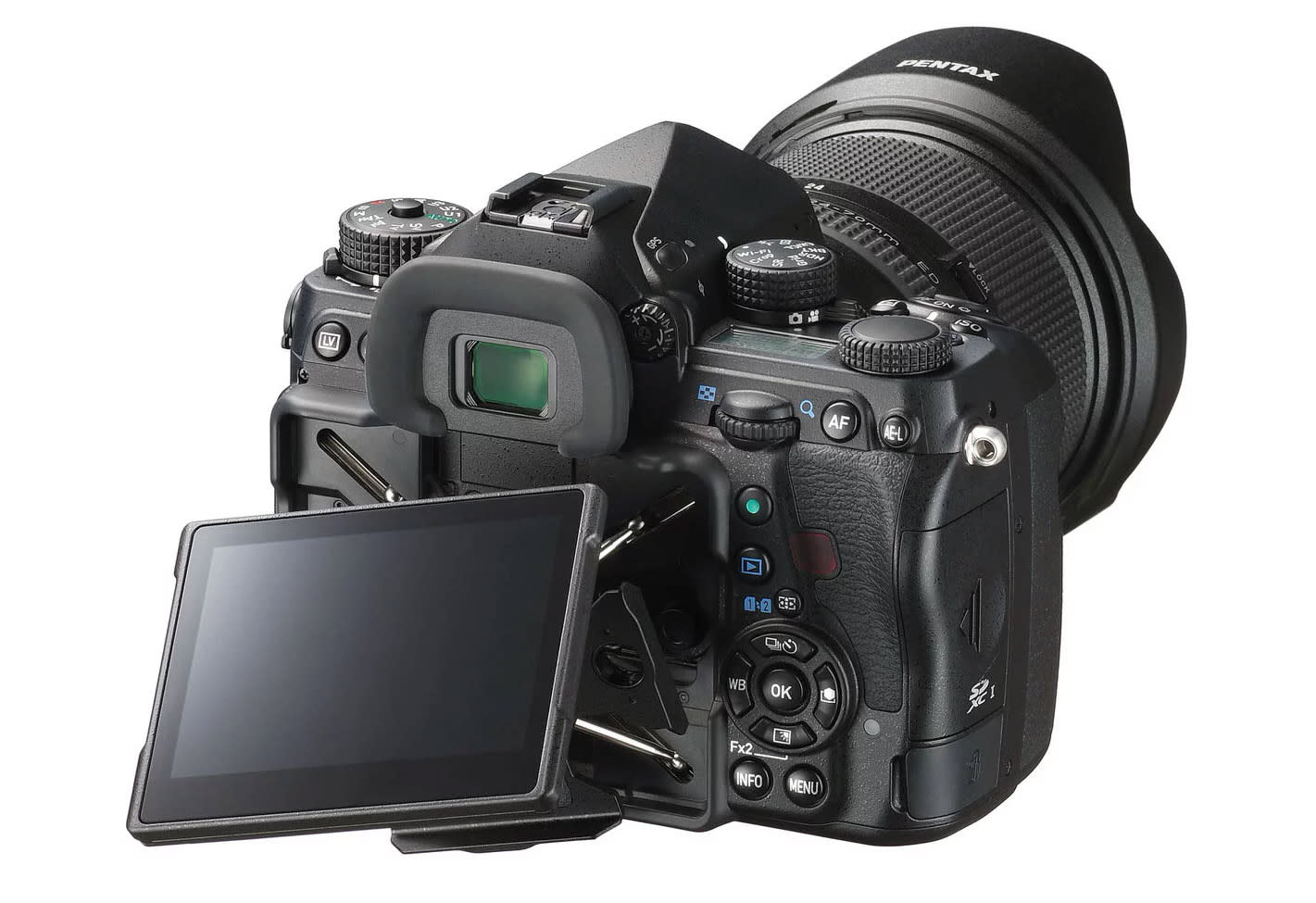 Pentax has unveiled the 36.4-megapixel K-1 Mark II DSLR, the successor to its first full-frame, the K-1. The new model hasn't changed much, apart from one outstanding new feature. Thanks to a new "accelerator unit" for its Prime IV image processor, the K1 II can do noise reduction much quicker, allowing you to shoot at up to 819,200 native ISO.

That crazy ISO number is native, so it uses the electronic gain, rather than software to attain that sensitivity (unlike with extended ISOs). Pentax didn't supply any samples in the upper ranges, but images at ISO 25,600 and 51,200 look decent.

The K-1 Mark II also has a new pixel shifting system called Pixel Shift Resolution System II. Like similar systems from Sony and others, it can capture four burst photos and marry them into "super-high-resolution images," Pentax parent Ricoh said. The new system now captures RGB color with each pixel however, allowing for "significantly finer details and truer colors" than other DSLRs, according to the company. The pixel shift system now allows handheld shooting in concert with the five-axis stabilization. "The system works together with the camera's shake-reducing mechanism by synthesizing the composite images while detecting the slight fluctuations of the subject's position during the capture process," Ricoh explained.

There's one advantage to Pentax not having changed the new model much. If you bought the original K-1, you can pay $550 and Ricoh will upgrade the circuit board to the one on the K-1 Mark II, giving you all the features of the new model. You'll even get a cosmetic upgrade with the new K-1 Mark II logo. The new model arrives in stores in April for $2,000, or $2,400 in a bundle with the Pentax-D FA 28-105 f/3.5-5.6 ED DC WR zoom lens.

In this article: 36.4-megapixel, cameras, DSLR, FullFrame, gear, K1MarkII, Pentax
All products recommended by Engadget are selected by our editorial team, independent of our parent company. Some of our stories include affiliate links. If you buy something through one of these links, we may earn an affiliate commission.