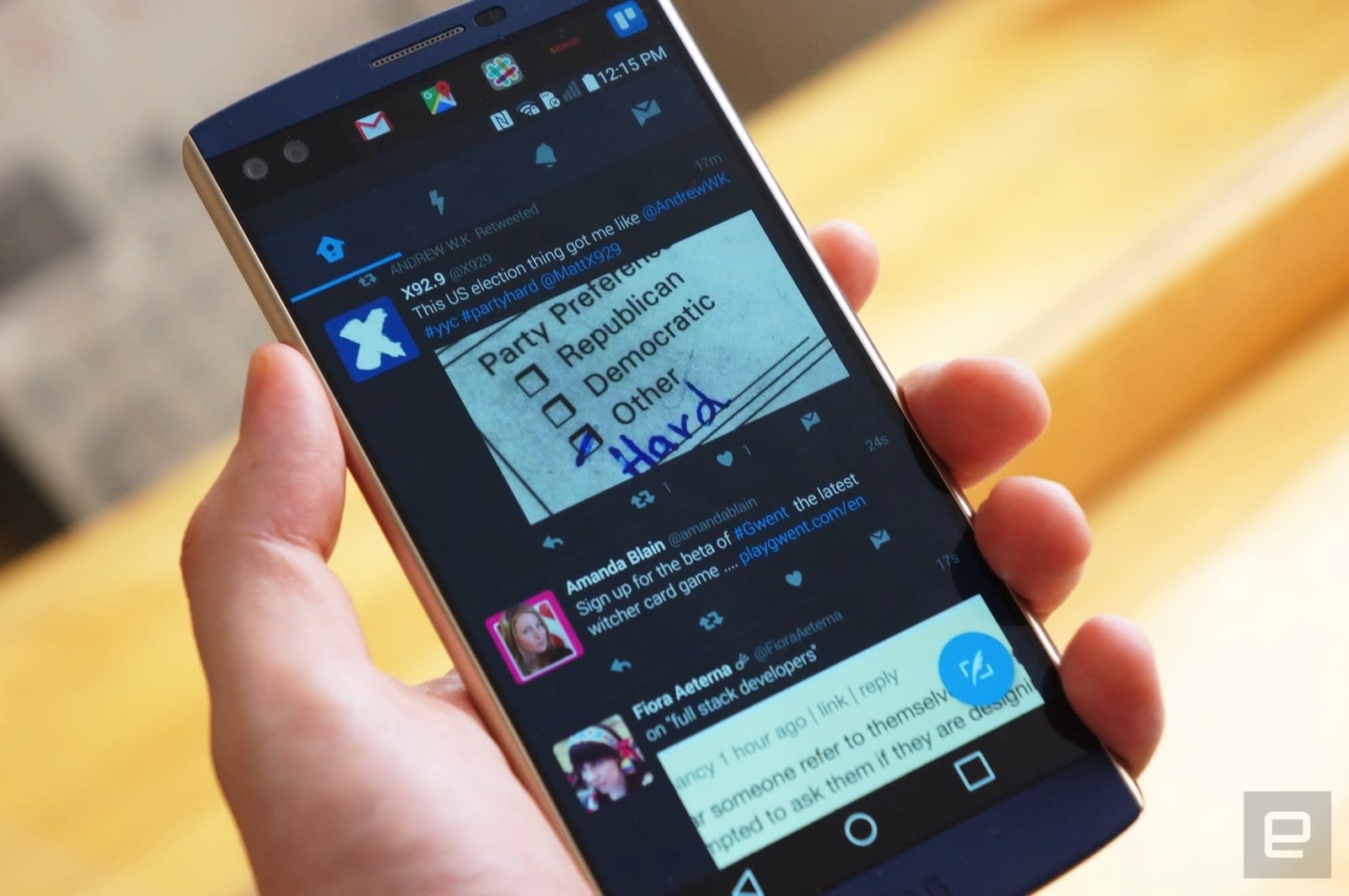 There was a short-lived hysteria Friday when it seemed like Google would grant a longstanding request to add built-in "dark mode" theming on stock Android, similar to the tweak OnePlus adds. Unfortunately, the team updated its tracker to explain that there was a misunderstanding, and it's not coming. For users who prefer custom themes they'll still need to root and add third-party tools to do it, but that doesn't mean nothing is happening.

As a post in the thread explains, what the Android team will change in its "P" release is a new toggle that makes it easier for developers to test a night mode (Twitter has one) in their apps. The function was already there, but now it's easier to access in Settings, so more apps may take advantage and save a little eye strain or potentially even energy on OLED-screened phones.

Hi folks, you may remember me from the last three releases where it looked like Dark Mode was being added. Unfortunately, this bug was closed prematurely due to a miscommunication with the team that handles AOSP issues.

What we *have* added in a future Android release is a developer-facing setting (via Developer Options) to toggle the -night UI mode qualifier, which will make it easier for developers to create and test apps that implement night mode. This qualifier has been in the platform since Froyo (SDK 8) and globally modifiable via UiModeManager since Marshmallow (SDK 23); however, there was never an explicit toggle made available anywhere in Settings.

If it's any consolation, we will also not be adding Hot Dog Mode (where all UI elements are yellow and red).

In this article: androidp, darkmode, gear, google, hotdogmode, mobile, nightmode, theme
All products recommended by Engadget are selected by our editorial team, independent of our parent company. Some of our stories include affiliate links. If you buy something through one of these links, we may earn an affiliate commission.