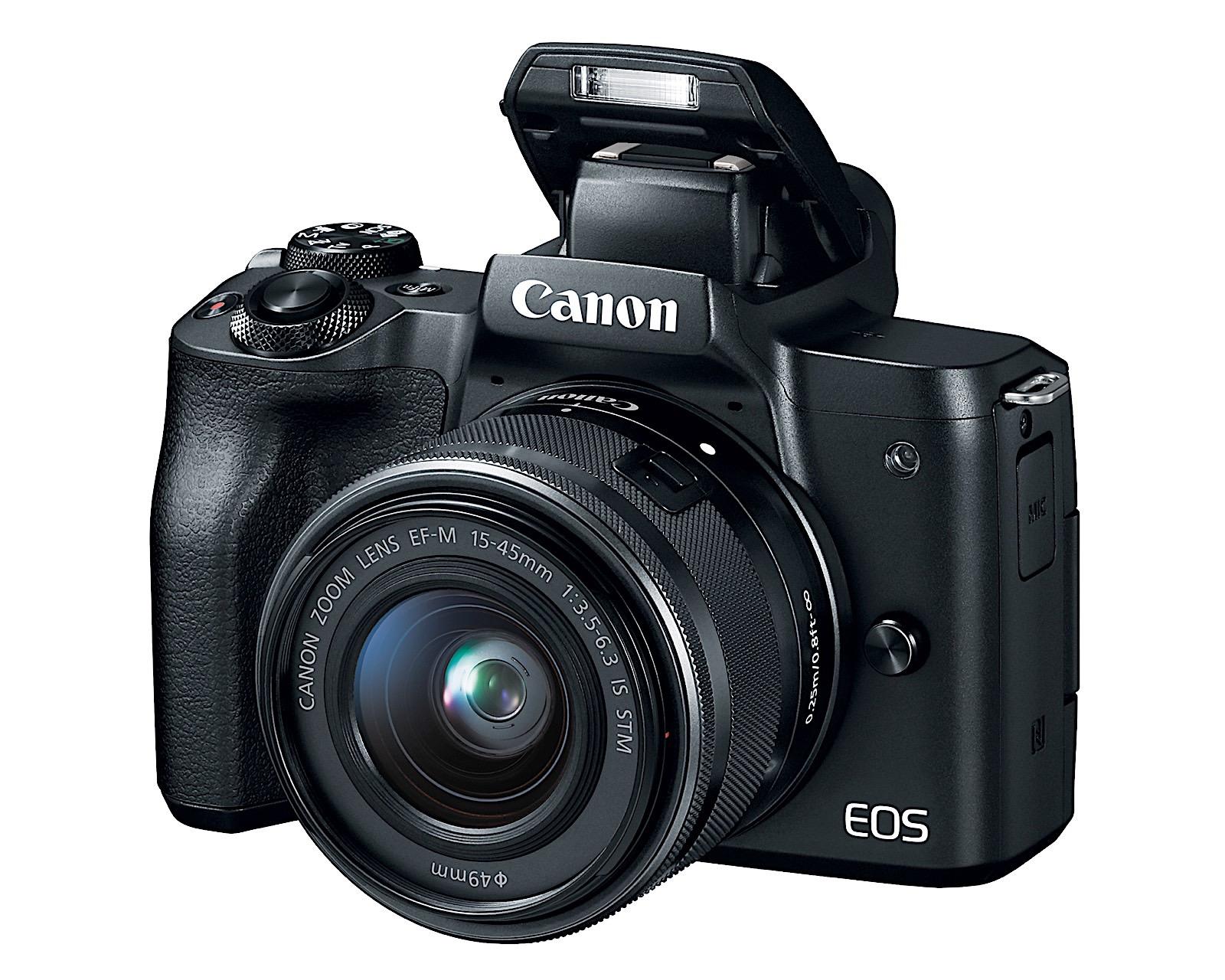 If the M50 is the new entry-level M-series mirrorless, then it's a good sign Canon is about to revamp the rest of the lineup. It strongly resembles the high-end, DSLR-like M5, rather than the smaller M10 and M100 models. As you'd expect with that hump, it has an OLED optical viewfinder with touch and drag autofocus, and also pack Canon's vaunted Dual-Pixel phase-detection AF, a vari-angle, flippable touchscreen ideal for vloggers, 120fps slow-motion video (at 720p), a new silent-shooting mode and WiFi, Bluetooth and NFC connectivity. There's a big caveat to the main new feature, sadly. 4K comes with a 1.6X crop, on top of the existing 1.6X APS-C crop factor, making the sensor effectively smaller for 4K than one on a Micro Four Thirds camera (2.56X total). On top of that, the phase-detection Dual Pixel AF doesn't work in 4K; its use is limited to 1080p video and below. Instead, 4K is stuck with contrast-detection AF. The M50 also lacks in-body optical stabilization, relying on lens and digital stabilization instead.

There are now 99 Dual Pixel AF points on the M50, up from 49 on earlier models.The ISO range is 100-25,600, expandable to 51,200 max, depending on the mode. Burst shooting runs at 10fps, or 7.4fps with continuous autofocus, letting you capture a maximum of 47 images in the latter mode. Video shooters get an external 3.5mm microphone input and HDMI output while shooting, and there's also micro-USB port (but no high-speed USB Type C, unfortunately).

The EOS M50 looks like a very solid entry-level mirrorless camera, but does beg that question as to why someone would now buy the more expensive M5 model. In response, Canon appears to have at least temporarily dropped the prices of all its mirrorless cameras, lowering the M5 from $980 to $930, and dropping the the M6 by $100 from $780 to $680.

In this article: 4K, cameras, Canon, EOSM60, gear, M60, Mirrorless, UltraHD
All products recommended by Engadget are selected by our editorial team, independent of our parent company. Some of our stories include affiliate links. If you buy something through one of these links, we may earn an affiliate commission.