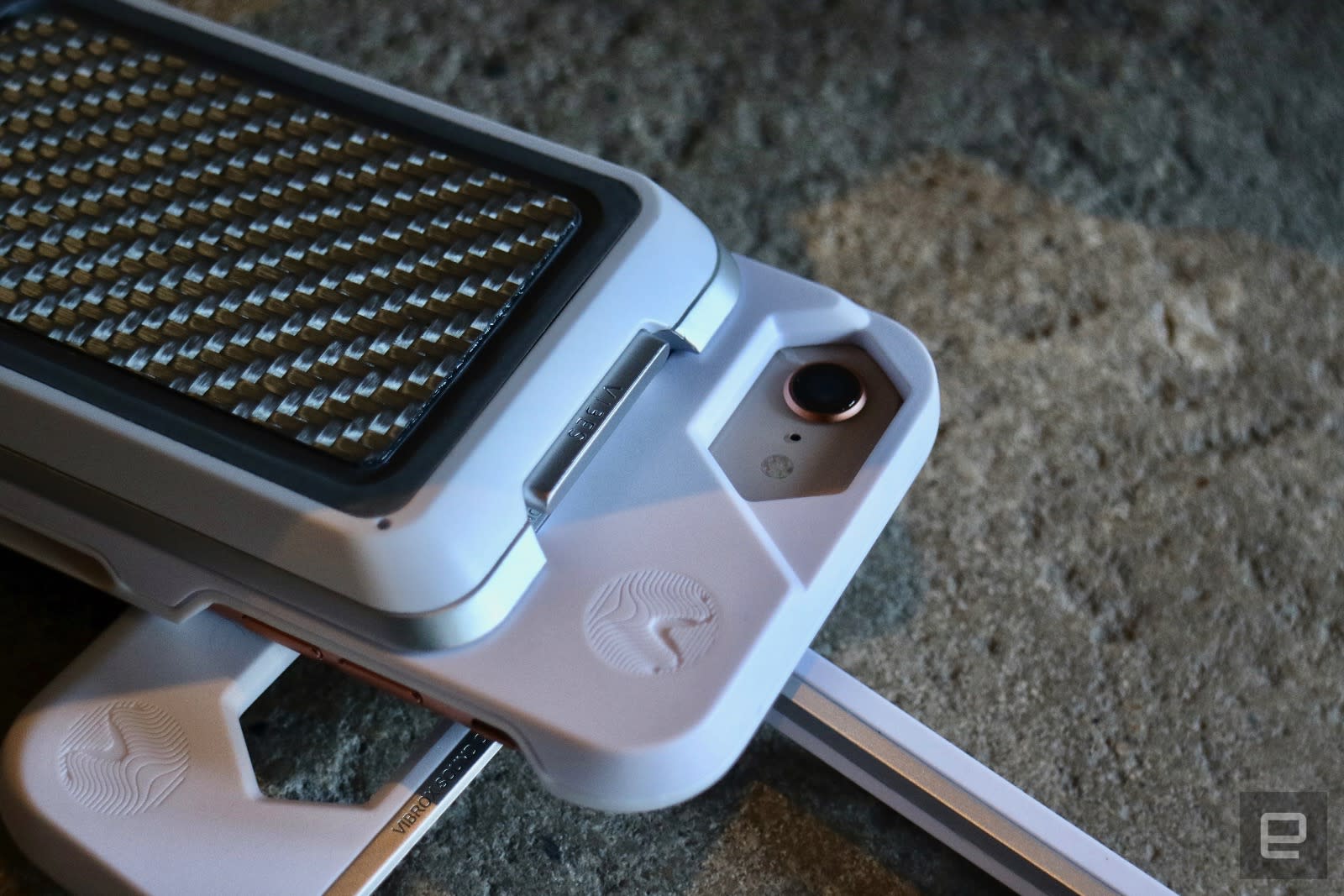 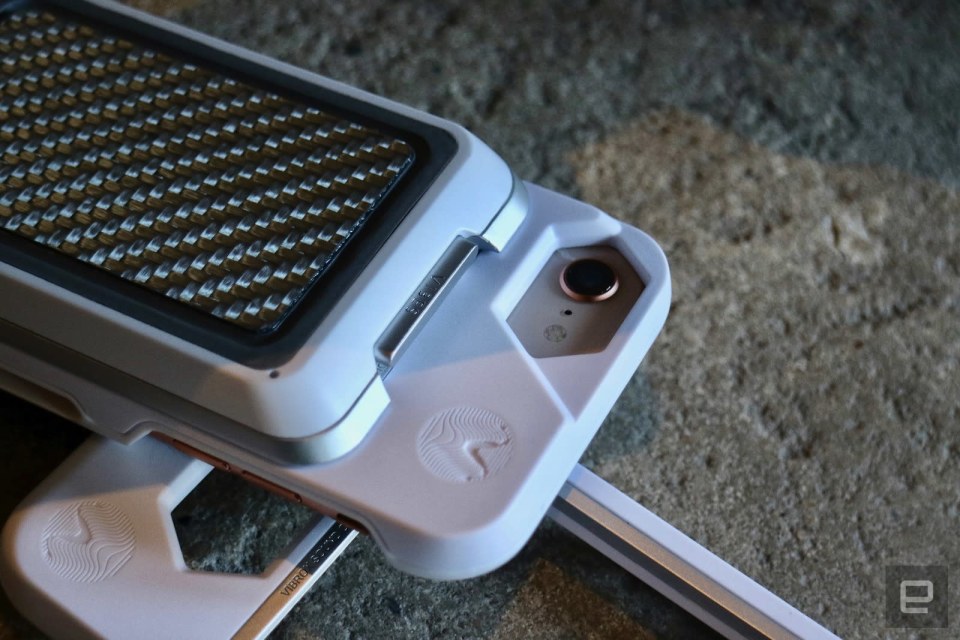 The modular phone trend hasn't taken off as fast as companies like Motorola would have hoped, what with devices like the Moto Z and Moto Z Force not exactly being a hit. But, that doesn't mean there aren't others trying to mimic that style, even if they aren't doing it with their own phone. Here's where Bay Area-based startup Vibes Modular comes in, as it has built a smartphone case that turns your non-modular iPhone or Android device into one that is. So far, the company has a made a Bluetooth speaker and an external charger that attaches to its cases (compatible with 30 different phones), and in the future it plans to roll out a small projector and a drone.

The speaker module itself is waterproof, has a microphone for conference calls and lasts up to 12 hours. Being waterproof is neat because that means you can remove it from the case and take it into the shower to listen to some tunes or make a call, if you're into that sort of thing. As for the charger attachment, Vibes Modular says it can charge most iPhones and Android smartphones "up to three times," and it also comes with a micro USB port that lets you charge a second device.

You can get the Vibes Modular case for $40 in black or white colors, with the speaker and charger modules priced at $100 and $200, respectively. If you decide to buy into the startup's ecosystem, it says the projector and drone should be coming later this year. In this article: apple, gadgetry, gadgets, gear, google, hands-on, iphone, iphonex, mobile, modular, modularphone, samsung, vibes, vibesmodular
All products recommended by Engadget are selected by our editorial team, independent of our parent company. Some of our stories include affiliate links. If you buy something through one of these links, we may earn an affiliate commission.