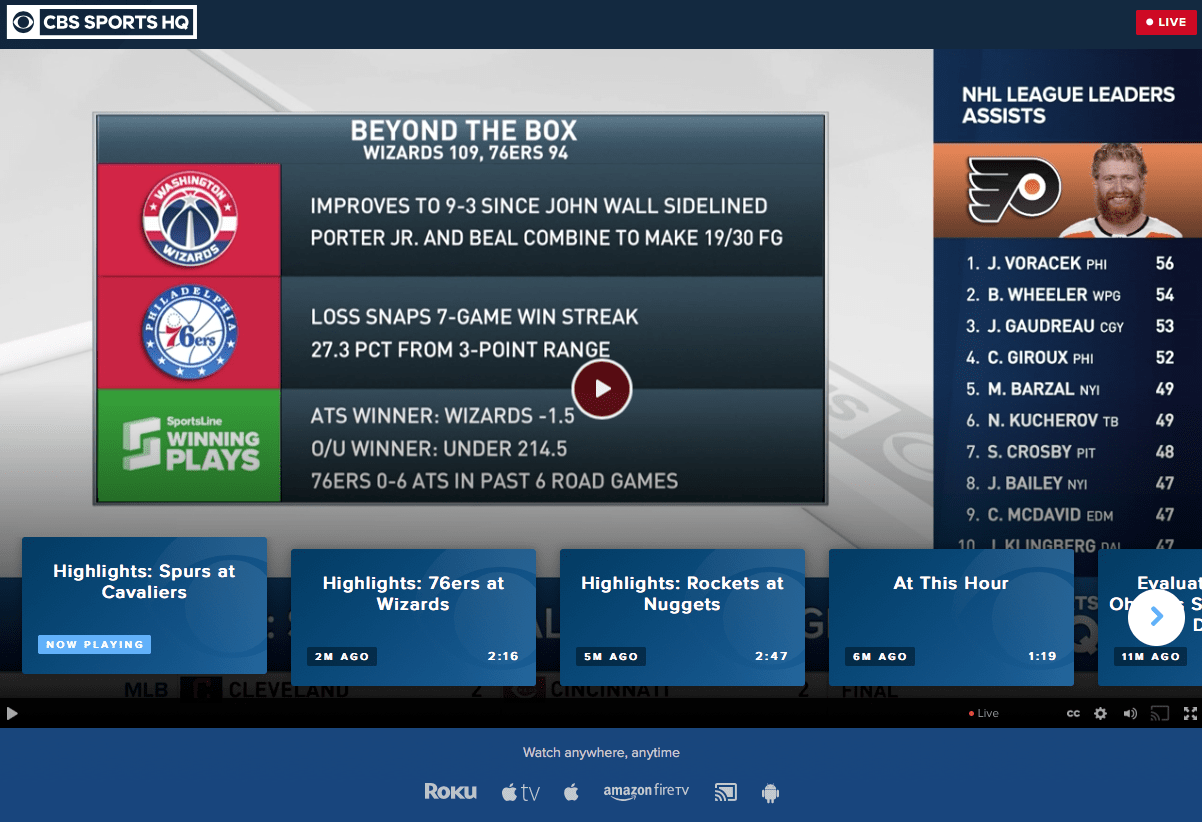 Today, CBS launched CBS Sports HQ, a new sports-focused streaming network meant to be complementary to CBS Sports and CBS Sports Network programming. The 24-hour, free streaming network will feature sports news, game previews, highlights and post-game analysis and is accessible through a number of platforms at launch. Along with being able to jump into live programming, CBS Sports HQ visitors will also be able go back and watch previous segments with the network's DVR-like functionality.

CBS announced plans for a 24/7 sports streaming channel last year and it now joins the network's other streaming offerings, including its subscription service CBS All Access and its 24/7 news streaming network CBSN. The company says that CBS Sports HQ is based on CBSN's model and infrastructure. Today's launch comes ahead of ESPN's standalone streaming service, ESPN Plus, which is scheduled to launch this spring.

In this article: av, cbs, CBSAllAccess, cbsn, CbsSports, cbssportshq, entertainment, network, services, sports, streaming
All products recommended by Engadget are selected by our editorial team, independent of our parent company. Some of our stories include affiliate links. If you buy something through one of these links, we may earn an affiliate commission.