The Xperia XZ2 is Sony's fastest, strangest flagship phone yet

And as usual, it has a tiny, equally powerful sibling.

Sony has longed to find lasting success in the smartphone market, but none of the devices it released in the past few years have done the job. It's clearly time for a change, and Sony knows that — that's why the new Xperia XZ2 and XZ2 Compact are notable steps away from the company's smartphone norm.

They're fast, fascinating and pretty (to me, anyway), and it seems obvious that Sony wanted to strike a balance in these devices between immersive media consumption and powerful content creation. After a little bit of hands-on time with the XZ2 and its little sibling, I don't think Sony hasn't gotten everything right, but at least these things are pleasantly strange. The XZ2 is one of many smartphones we'll see this year that use Qualcomm's Snapdragon 845 chipset, paired here with 4GB of RAM and 64GB of internal storage. (Most versions of this phone will take microSD cards as large as 400GB, but some will use a dual SIM setup instead.) In our limited time together, the XZ2 felt as fast as the Galaxy S9 when launching apps and frantically multitasking, and it's nice to see that Sony's custom interface doesn't bog things down noticeably. Curiously, Sony says its implementation of Qualcomm's X20 modem features more RF antennas to help it reach peak download speeds as high as 1.2Gbps.

The XZ2 also runs Android 8.0 Oreo, and you'll take in all of those software flourishes on a 5.7-inch Full HD+ HDR display. Sony hasn't confirmed why it didn't use a higher resolution screen, but considering its 3180mAh battery, concern over power consumption is a safe bet. That screen also has one fascinating new trick we haven't had much chance to test yet. Thanks to Sony's XReality engine, the XZ2 will up-convert standard SDR videos into HDR on the fly, a trick that's been a part of televisions for a few years now already. Given how nice the screen is to look at under normal circumstances, consider us cautiously optimistic about how well this actually works.

If you've picked up a Sony phone in the past few years, there's a very good chance it looked and felt like many of the devices that came before it. That's because Sony has been using the same aesthetic — "OmniBalance," they call it — since the launch of the Xperia Z more than five years ago. Well, no more. For its new flagships, Sony has embraced a curvier, arguably more organic approach you can also spot hints of in the company's PlayStation 4 controller and, erm, its robot dog Aibo.

As far as I'm concerned, it's a big improvement over Sony's older, flatter design. The curved Gorilla Glass 5 back helps it sit nicely in the palm of your hand, and the company's decision to use a taller, narrower 18:9 display makes the XZ2's 5.7-inch screen feel very manageable. Make no mistake, though. Sony might've gone with an 18:9 display, but it hasn't gone as far as companies like Samsung in trimming the bezels around that screen, and I'm sure not everyone will find the look anything to write home about. If nothing else, you'll find some small, helpful changes here. The rear-mounted fingerprint sensor sits low on the phone's back, which made it a little easier for me to access without having to stretch for it. And at long last, Sony aligned the camera near the phone's center rather than off in a corner, so you're less likely to accidentally dangle a finger in front of it when trying to shoot stills. 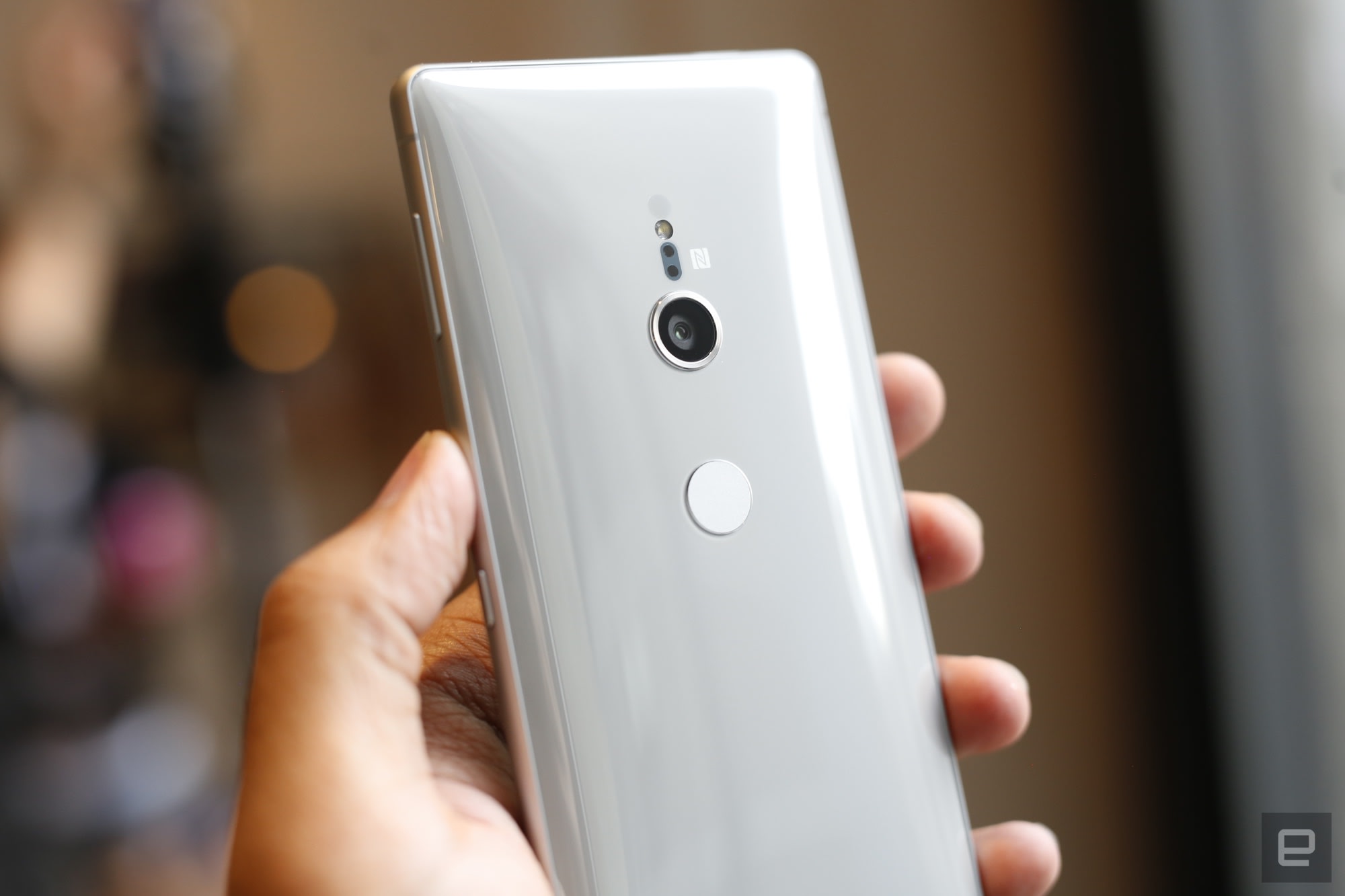 Impressive Sony-made camera sensors are almost impossible to avoid when smartphone shopping, but Sony seems to be playing it safe with the XZ2. Much like its predecessor, the XZ2 packs a 19MP Motion Eye sensor around back, and yes, there's still only one of them. It'll be a little while before you can nab a Sony phone with a dual camera, but the company has suggested we'll hear a little more about those plans shortly. We'll be waiting. In the meantime, though, the results I squeezed out of the XZ2's camera were mostly impressive: lots of bright colors and sharp detail appeared, even with non-final software and drab New York weather throwing a wrench into things.

The actual sensor Sony used might not have changed, but it has picked up a few new tricks. Smartphone videographers can now shoot 960FPS, super-slow-motion video in full HD (up from 720p), and since there's a Snapdragon 845 tucked away inside, the XZ2 can capture 4K HDR video as well. 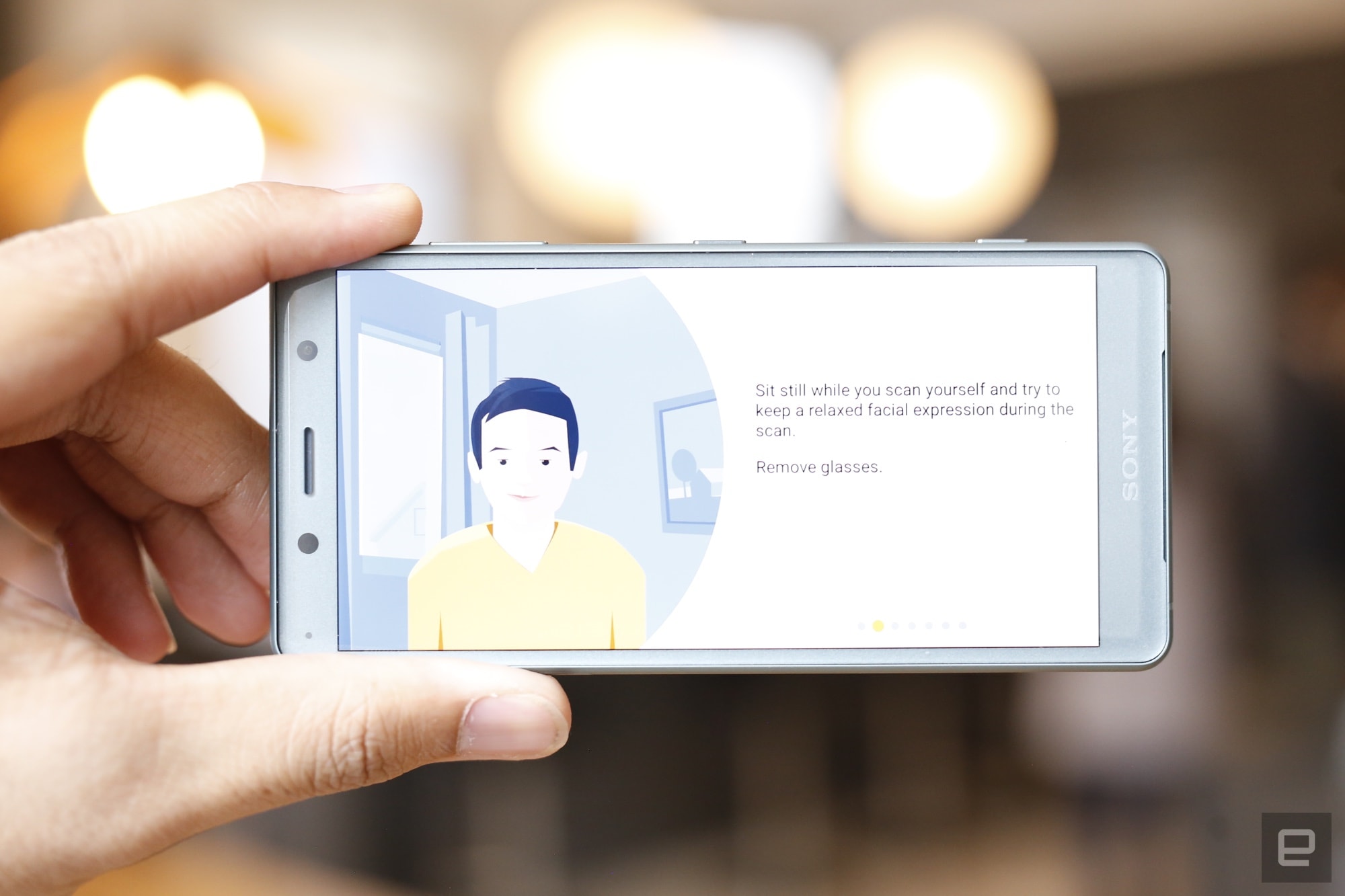 Meanwhile, a more modest 5-megapixel camera sits above the screen, but it captures more than standard selfies. The original Xperia XZ came with a 3D creator mode that let you "scan" objects with the phone's main camera to build 3D models for sharing on Facebook or printing. Sure, it was gimmicky; it was also a classic case of Sony being weird for reasons that are never really clear. In any case, the feature had one notable shortcoming: it was fine for scanning objects in front of you, but less than ideal for scanning your own head. Sony has finally fixed that tragic oversight — those scans can now be created using the front-facing camera, and while the process can be awkward (I was prompted to remove my glasses and do everything blind), the results can be surprisingly impressive. These 3D scans also get bonus points for being slightly less creepy than the Galaxy S9's AR emoji. Sony paid a lot of attention to the XZ2's audio performance, too. Mostly, the work paid off: the phone supports high-resolution audio, and a set of S Force stereo speakers pump up the jams with more power than I expected. (All told, the XZ2 is 20 percent louder than its immediate forebear.) So far, so good, right? Well, things get strange pretty quickly.

As some leaks suggested, the XZ2 has a significantly larger haptic actuator inside of it. On the most basic level, that means you're more likely to notice the vibration of a notification rolling in. Sony took things a bit further by whipping up an algorithm to turn that actuator into a sort of video-gamey rumble feature. The idea is that an algorithm processes the audio data of whatever's playing and vibrates the phone when appropriate. If you're playing a game like Angry Birds, the effect can be mildly cool — I felt some haptic jolts as I pulled a bird back in its slingshot, released it and watched it crash into a tower of pigs. Listening to music and feeling the phone rumble in time with the beat, however, was occasionally neat but mostly just odd. At least in its current form, this feature isn't particularly helpful or fun, but I'll reserve final judgment until I get to test a retail-ready model. 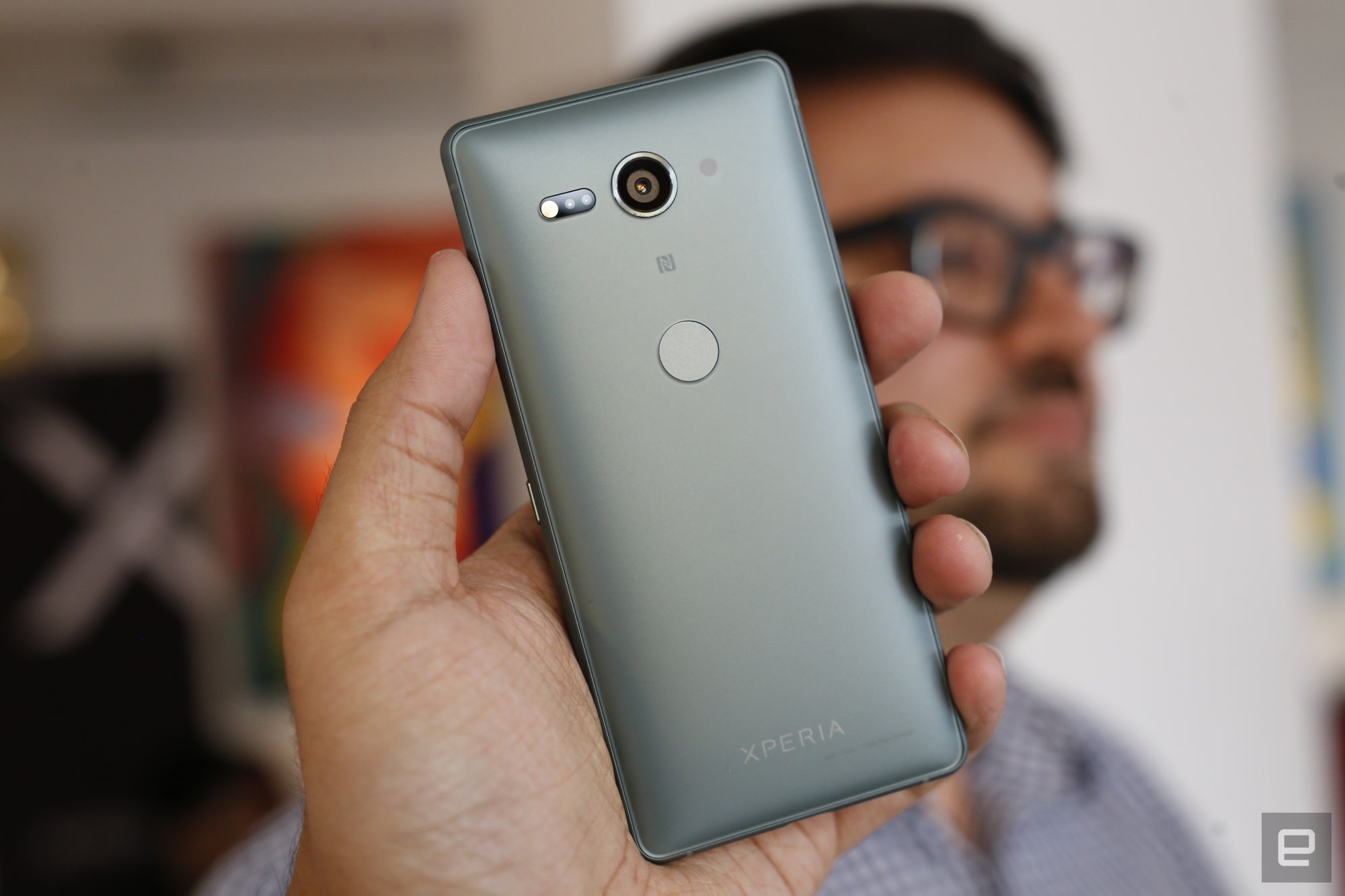 What about the Compact?

As mentioned, the XZ2 has a diminutive sibling: the XZ2 Compact. It packs just about every feature that makes the XZ2 so capable and squeezes them into a smaller, curvaceous polycarbonate frame that feels fantastic to hold onto. There are a few notable absences, like wireless charging and that weirdo haptic rumble features. Sony obviously had to go with a smaller screen, too — in this case, a 5-inch Full HD+ HDR panel.

Overall, my eyes couldn't make out much difference in quality between this screen and the XZ's bigger one, but there's a caveat here: smaller 18:9 panels like this one mean keyboards can feel especially cramped. Most of my test texts came out looking like garbage because my chubby thumbs weren't used to this layout. Beyond that though, it shares every major feature with its big brother, and it's awfully nice to know I could get full flagship power in a package this small. My biggest concern right now is just how well the Compact's 2870mAh battery will stand up to the needs of a Snapdragon 845, but we'll have to wait and see how that turns out. Those kinds of trade-offs are unavoidable for smaller phones, but here's hoping the final experience is worth it.

Update: When Sony's new Xperias go on sale next month, the unlocked XZ2 and XZ2 Compact will be available in the UK for £699 and £549, respectively. We're still trying to track down US pricing.