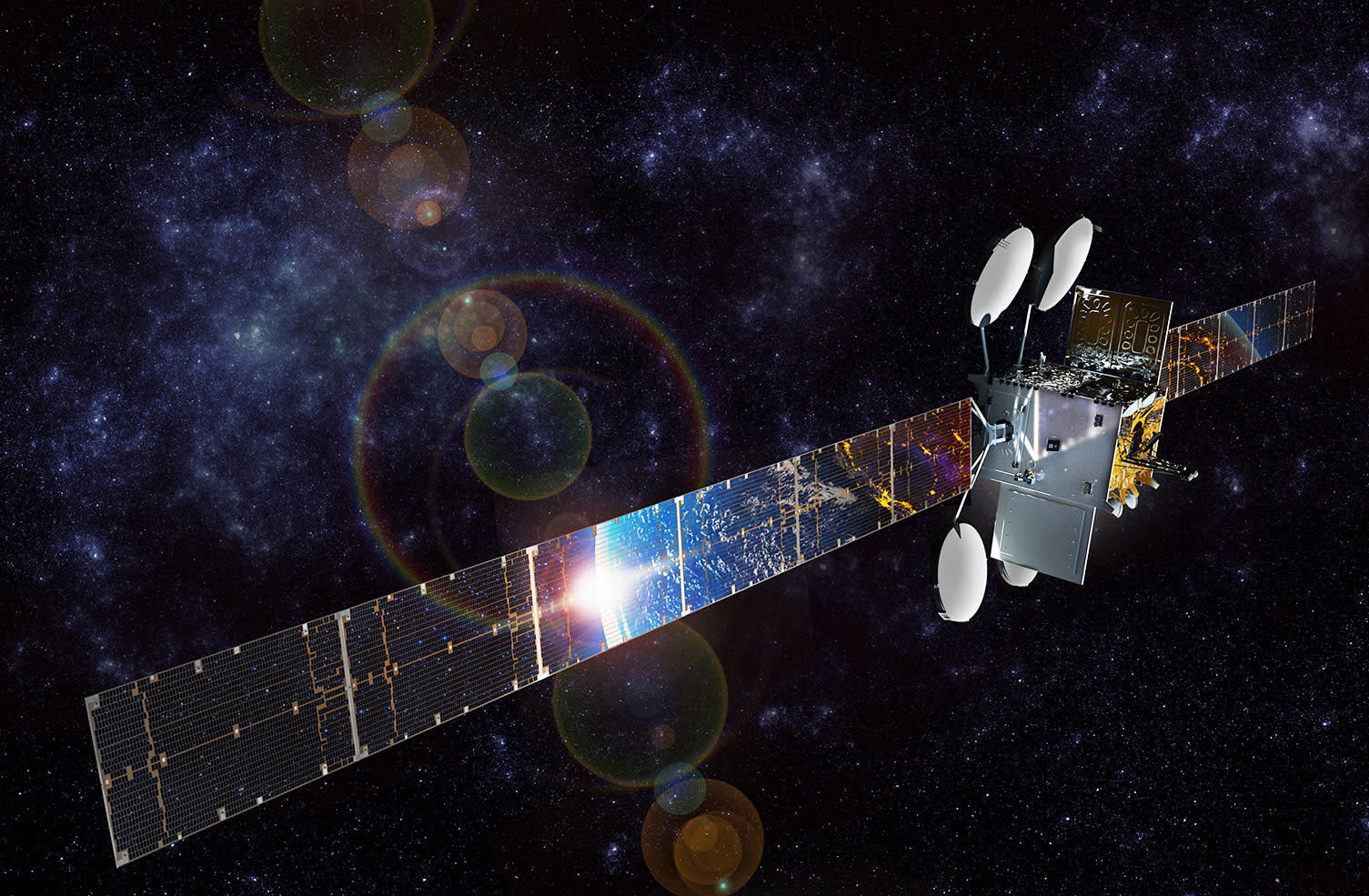 Today, communications company Viasat debuted the fastest satellite internet available in the US -- up to 100 megabits per second. It's thanks to the Via-Sat 2 satellite system, which serves North America, Central America, the Caribbean and a small part of northern South America. Viasat is now also offering tiered unlimited data plans, from 12 to 30 megabits per second. The plans top out at $150 per month during the promotional period.

One of the goals of satellite internet is to provide a high-speed internet connection to homes located in areas that don't have the ground infrastructure to support it. "The innovations we're making across our satellite system allow us to do extraordinary things, from moving the satellite industry up-market by delivering premium services, speeds and plans that give consumers new choices in their internet service provider, to helping bridge the digital divide in the U.S. today," said Mark Dankberg, Viasat's chairman and CEO, in a statement. In addition to home internet, Viasat is also planning on using its Via-Sat 2 satellite to provide faster and more reliable domestic in-flight internet.

Satellite internet is becoming a bigger market, as the cost of access to space is lowered thanks to companies like SpaceX. Indeed, SpaceX itself is dipping its toes into the arena with the recent launch of two prototype satellites in its planned constellation.

Via-Sat 2 may have just launched in June of 2017, but the company is already working on the three-satellite Via-Sat 3 constellation. The new system is designed to blanket the world in high-speed internet access, with data speeds of up to 1 terabyte per second. It's scheduled to launch in 2020 for America's satellite, with the two covering the rest of the world to follow.

Update: A representative from ViaSat reached out to let us know that the plan pricing only applies during a limited promotional period. We've adjusted the article to reflect that.

In this article: internet, satelliteinternet, tomorrow, via-sat2, viasat
All products recommended by Engadget are selected by our editorial team, independent of our parent company. Some of our stories include affiliate links. If you buy something through one of these links, we may earn an affiliate commission.