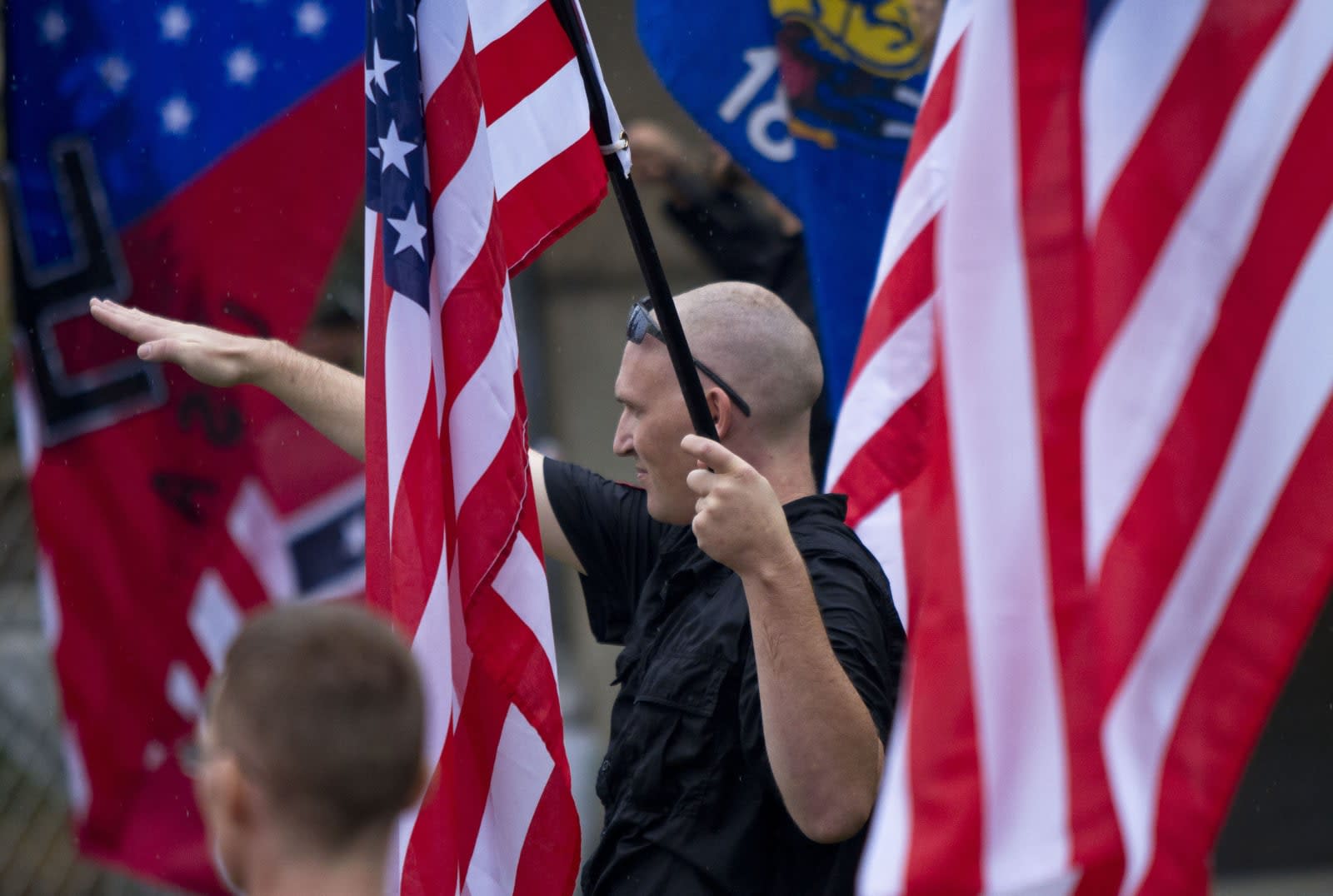 YouTube has banned the Neo-Nazi group Atomwaffen, but only after a Daily Beast report shamed the platform for its inaction. Since the Logan Paul fiasco, YouTube introduced a stricter content policy and (somewhat) more serious consequences for content that harms the community, but it took reports from ProPublica, Vice and The Daily Beast in the last week before Atomwaffen was banned.

For starters, the group has been implicated in five murders from May 2017 to January 2018, ProPublica pointed out -- and their videos regularly pushed for a "race war." Despite a litany of user complaints, the most YouTube had done was precede Atomwaffen's recruitment videos with a disclaimer marking that it had been flagged as offensive 'to some audiences.' When The Daily Beast asked a spokesperson for the platform why the Neo-Nazi group's content was still up on Monday, they said that putting videos that are borderline hate speech or violent extremism behind 'a warning interstitial' and removing interaction features satisfied their revised policies.

"We believe this approach strikes a good balance between allowing free expression and limiting affected videos' ability to be widely promoted on YouTube," the spokesperson told The Daily Beast.

In this article: FreeSpeech, hategroup, HateSpeech, internet, NeoNazi, services, youtube
All products recommended by Engadget are selected by our editorial team, independent of our parent company. Some of our stories include affiliate links. If you buy something through one of these links, we may earn an affiliate commission.
Share
Tweet
Share