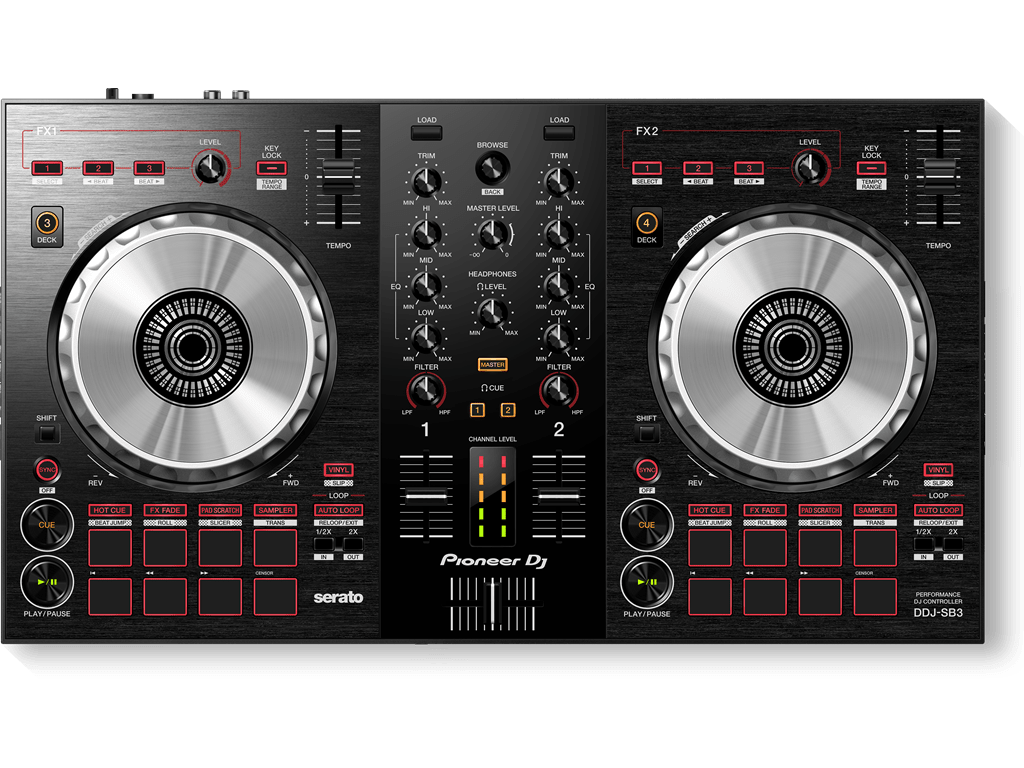 With the advent of more powerful software and controllers, modern DJs really don't need to learn as much about spinning tracks as they used to. Now beginners are treated to automated cues, loops and beat matching software that take some of the art out of DJing. The latest bit of automation comes from Pioneer and its $249 DDJ-SB3 DJ controller. The unit adds a Pad Scratch feature that gives aspiring club monsters the ability to imitate eight different scratch techniques that were recorded by DJ Jazzy Jeff. Whatever track you're playing, the scratch will automatically match up with the right tempo with a simple tap on a performance pad.

The DDJ-SB3 is an update to Pioneer's previous DDJ-SB2, a popular portable professional controller. The new interface takes its cues from the higher-end DDJ-S series, like the dedicated play and cue buttons as well as an independent auto loop button. The controller is designed to work with Serato DJ Lite, the free consumer-level version of popular professional DJ software. You can upgrade to the Pro version directly for $99.

In addition to DJ Jazzy Jeff's auto-scratching, the DDJ-SB3 has a feature called FX Fade, a set of eight transition effects to help smooth out your mixing. You can control three of the six allotted FX per each of the two decks on the fly when performing, too. Like other DJ controllers in this category, the DDJ-SB3 is powered via USB and has both a master RCA out jack as well as a mini-headphone monitor output. The controller will be available for purchase sometime later this month.

In this article: automated, av, controller, DDJ-SB3, dj, DJJazzyJeff, gear, pioneer, video
All products recommended by Engadget are selected by our editorial team, independent of our parent company. Some of our stories include affiliate links. If you buy something through one of these links, we may earn an affiliate commission.