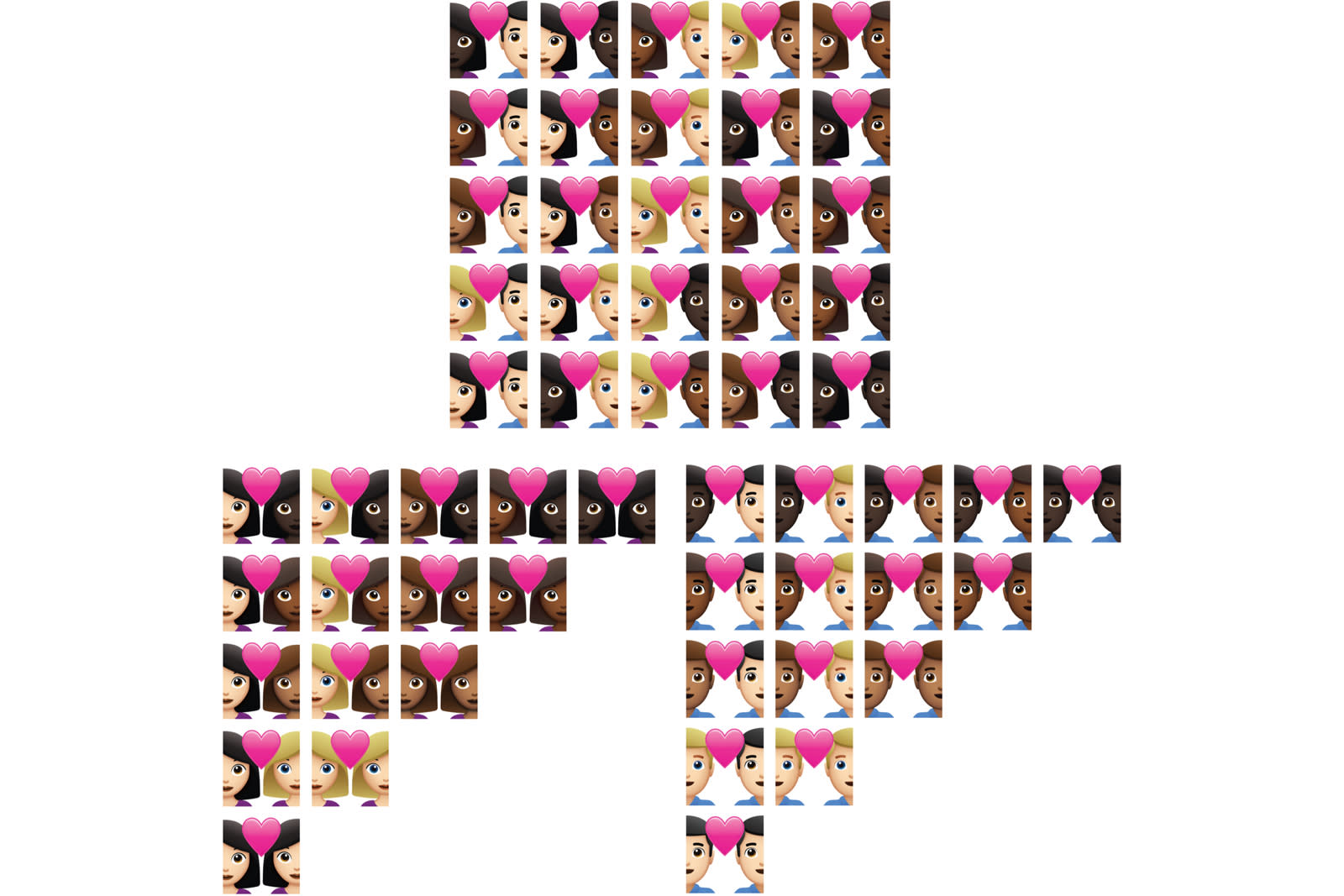 The official emoji catalog accounts for all kinds of relationships, including same-sex couples and families, but it doesn't reflect interracial couples -- isn't that an odd omission in 2018? Tinder thinks so. The dating site has launched a campaign to officially add interracial couple emoji to the Unicode Consorium's character set. Online dating and interracial couples "go hand in hand," it argued, and that makes the company a prime advocate for greater diversity in chat icons.

The proposal would include just one basic emoji concept (the couple with a heart between them), but the accommodation of gender and skin variations would lead to 21 combinations. If you're in a relationship, there's a good chance it would be reflected here. Tinder acknowledged that it could be "technically challenging" to include that many takes on the basic theme, but it noted that Apple, Google, Microsoft and others responsible for implementing emoji have "some of the top technical talent in the world." If anyone can do it, they can.

The proposal includes a petition and is backed by key influencers, including Reddit co-founder Alexis Ohanian and Jennifer 8. Lee (both of whom successfully proposed the hijab emoji). It's not clear how receptive the Unicode Consortium will be to Tinder's campaign, although it has typically been accommodating in the past, having added same-sex couples and skin tone modifiers in 2015.

It's easy to see this through cynical eyes. Tinder is no doubt hoping to garner extra attention and a reputation as a progressive outfit. At the same time, its initiative underscores a recurring problem in tech: the tendency for the industry to design for its own demographic and virtually no one else. Face recognition systems often have problems detecting dark skin, for instance, while Uber's notoriously male-centric culture didn't address the risks for women passengers until it was too late. Interracial couple emoji aren't about to institute broad cultural change, but they are a reminder that technology is ideally designed for everyone.

In this article: dating, diversity, emoji, gear, internet, mobile, tinder, video
All products recommended by Engadget are selected by our editorial team, independent of our parent company. Some of our stories include affiliate links. If you buy something through one of these links, we may earn an affiliate commission.