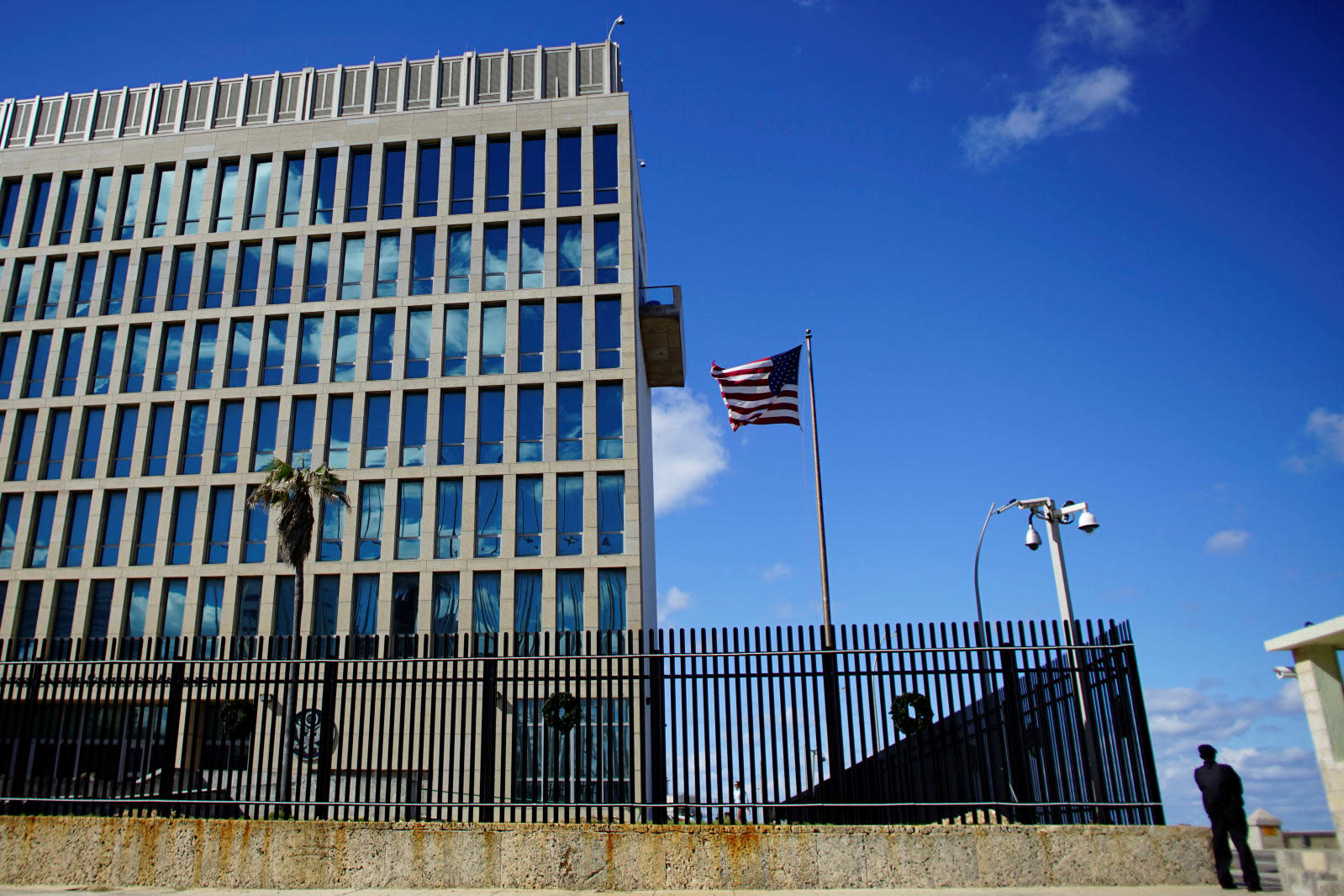 Remember those 'sonic attacks' against the American and Canadian embassies last summer, making staff queasy and raising all kinds of questions as to what happened? There might be an answer. University of Michigan researchers have theorized that the incidents were really the result of ultrasonic signals from poorly functioning surveillance equipment. While individual ultrasonic signals can't harm people outside of extreme circumstances, multiple signals can clash with each other and produce a sound that's just low enough to be audible.

The scientists tested their hypothesis by replicating the "chirping" from an AP video using two ultrasonic emitters that combined tones, one at 25kHz and another at 180Hz. That produced a similar-sounding 7kHz frequency with ripples of sound at an even 180Hz spacing. The team even built a device that would simulate eavesdropping by playing a song instead of the 180Hz tone.

Don't rush to call the case closed. Researchers are quick to note that this doesn't rule out other explanations. However, it's certainly more plausible than some of the theories floating around the Cuba illnesses, such as poisoning. It's no secret that Cuba wants to know what the US and Canada are doing, but it also wouldn't gain much from inflicting nausea and headaches on embassy workers.

In this article: cuba, eavesdropping, gadgetry, gadgets, gear, science, spying, surveillance, UniversityOfMichigan
All products recommended by Engadget are selected by our editorial team, independent of our parent company. Some of our stories include affiliate links. If you buy something through one of these links, we may earn an affiliate commission.