In the 80s, Roland drum machines were at the epicenter of hip hop, house, techno, acid house and other music genres. The 808, 909, 707, and 606 helped create the beats of some of your favorite songs. But if you wanted to pick up any of these vintage drum machines today, you'd probably end up dropping thousands of dollars. Fortunately, Roland just made getting all those vintage drum sounds a lot easier and cheaper with its new TR-8S, drum machine.

The successor to the Aira TR-8 introduced four years ago, takes what the company learned from that drum machine and fine-tuned it into a more capable and feature-rich drum machine that's ready to mix and mash all those genres along with a few more with a just a few twists and button pushes. I got a chance to try out the new $699 TR-8S and during a hands-on and I came away impressed with what Roland has accomplished with the machine.

Right off the bat, my favorite new feature is the ability to import and play stereo or mono samples. Being able to add any sound (drum hit, voice or even a dog bark) to a sequence opens up a ton of opportunities for folks like myself that use drum machines during live performances. Plus, Roland's implementation is dead simple. Just drop a WAV or AIFF onto an SD card and within a few seconds, it's ready to be dropped into a sequence. 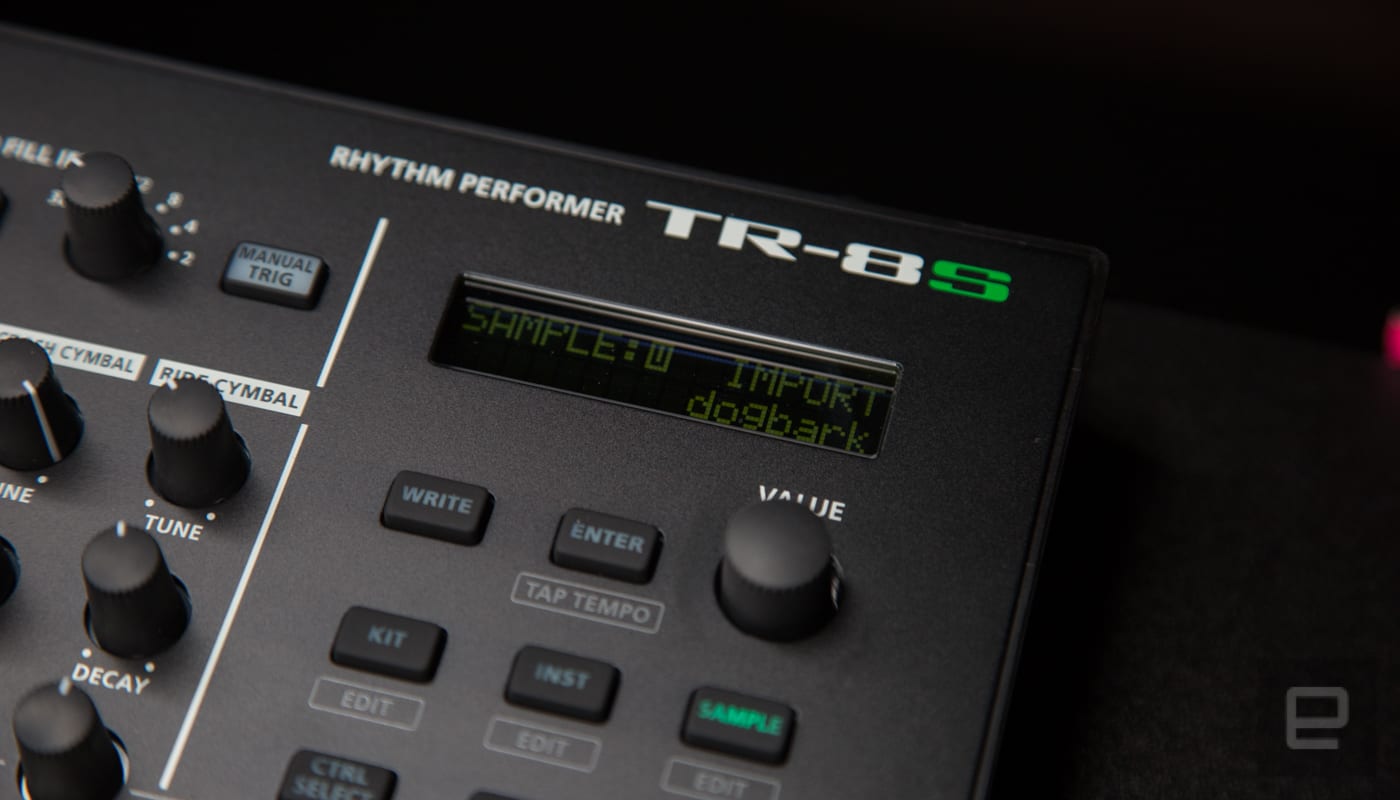 Another update from the TR-8 is that instead of the two sequences per pattern, the TR-8S has eight sequences available per pattern. These can be played in order or selected on the fly. This also opens up opportunities for live performers. A musician could have the intro, verse, pre-chorus, chorus and bridge all in a single pattern. 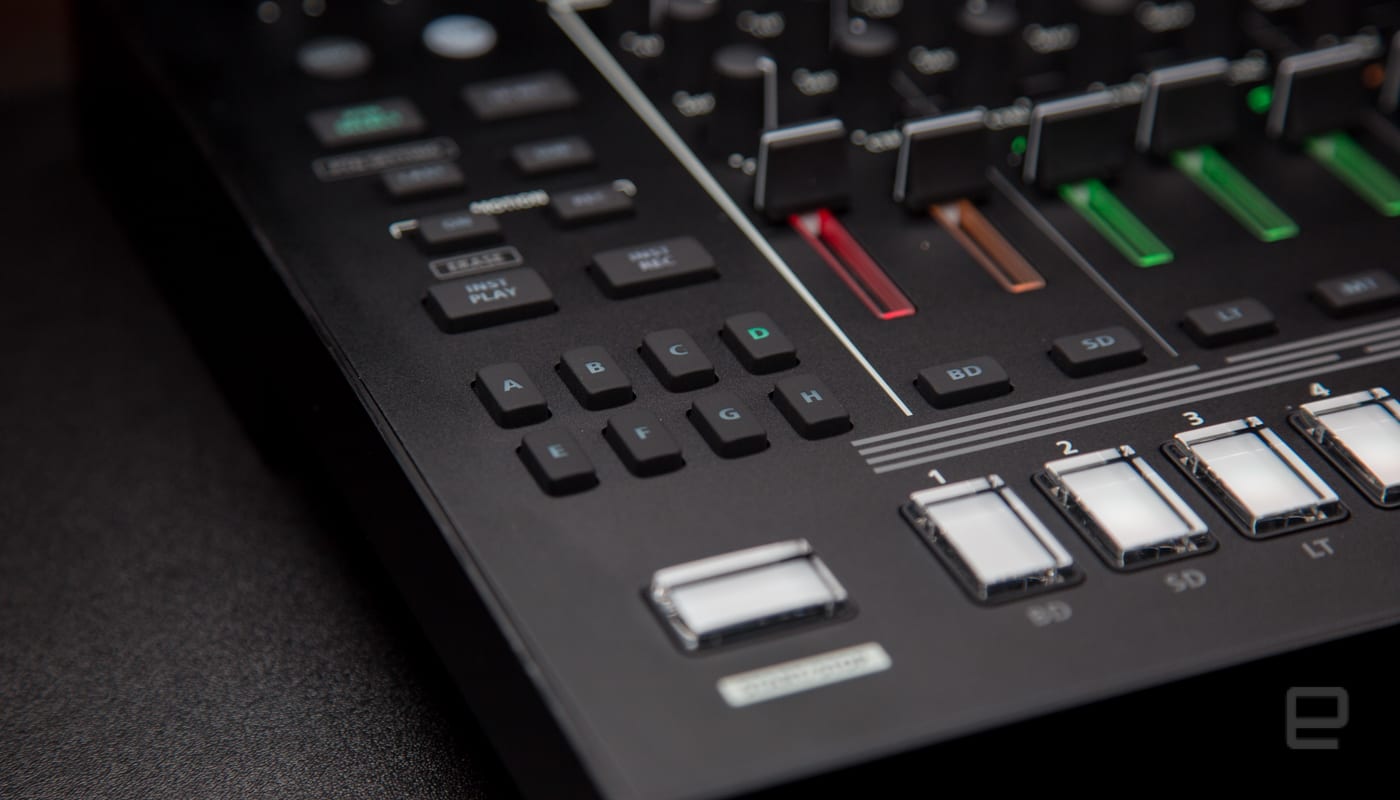 Plus now there's a pressure sensitive pad that can be assigned to any instrument in a pattern. You can either tap to rec said instrument to a sequence or use it to play along and add a little flavor to a precomposed beat.

All the digital sounds on the TR-8S (and there are a ton of sounds, not just the drum machines) sounded outstanding. Rolands ACB (Analog Circuit Behavior) continues to impress me with its recreations of analog sounds.

Roland puts it all together in a package that's easy to while also enabling more complex patterns. We'll have a complete review of the TR-8S (which will be available this month) in the coming weeks.