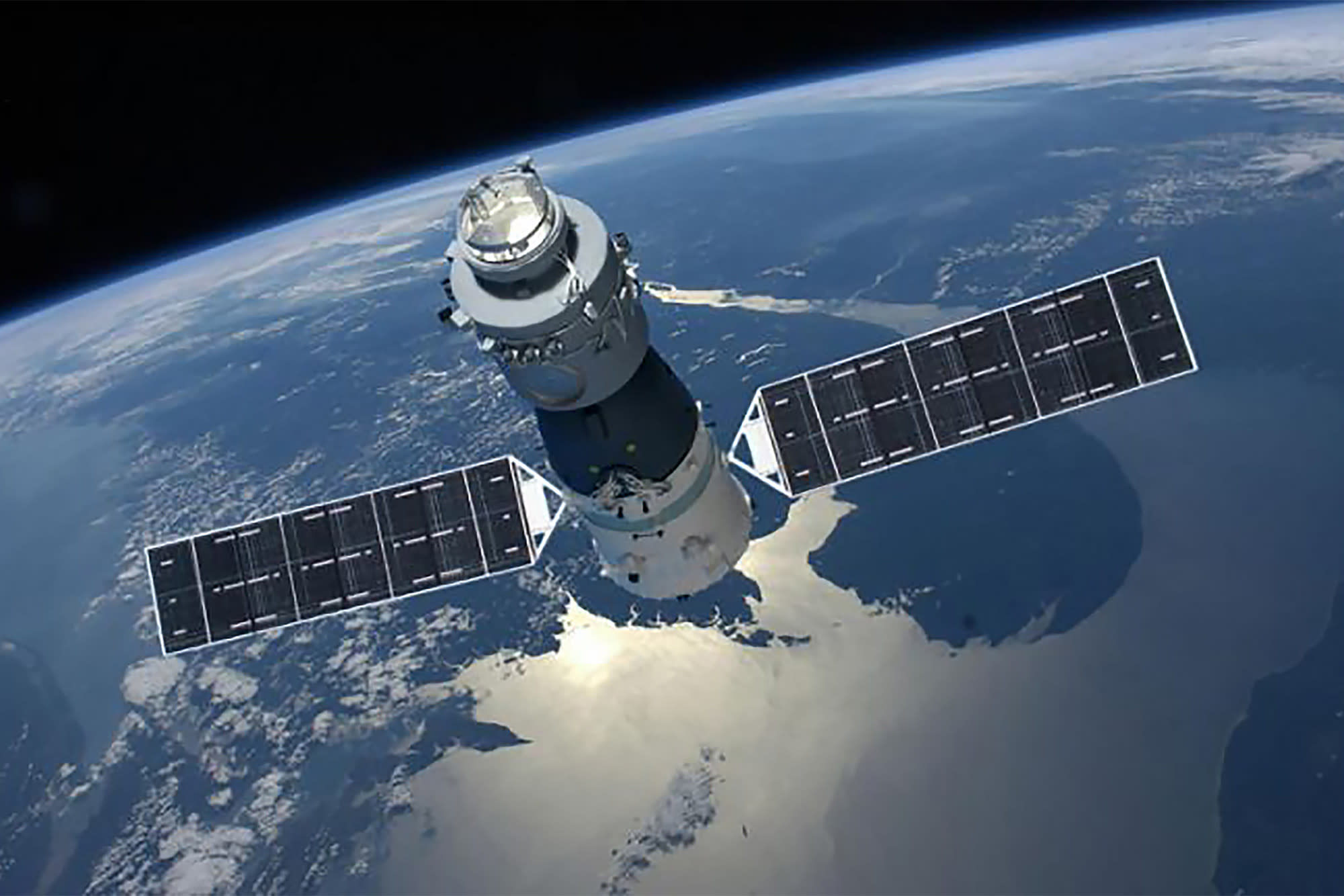 There's a space station in a decaying orbit. It's going to fall back to Earth. And we don't know where or when it will hit.

No, this isn't the plot of a terrible action movie. The Chinese space station Tiangong-1 is headed for an uncontrolled reentry into Earth's atmosphere. The European Space Agency (ESA) has been monitoring the situation; today, it delivered an update narrowing down the crash window. The space station will fall somewhere between 43 degrees North and South, but because of the angle of the Tiangong-1, it's more likely to fall near the maximum or minimum than on the equator. The reentry time frame is between March 29th and April 9th, but the ESA notes that this is highly variable.

This uncontrolled reentry wasn't exactly part of the plan for Tiangong-1, which launched in September of 2011 and has hosted two crewed missions during its life. All craft in low Earth orbit, whether they be satellites or the International Space Station, are subject to drag from the Earth's atmosphere. As a result, they need to occasionally adjust their orbits to prevent decay.

The problem is that Tiangong-1 stopped responding to commands back in March of 2016. It's basically dead in space in a steadily decaying orbit, which means that China can't instruct the 34-foot station to return to Earth and burn up over an unpopulated area of the Pacific Ocean.

The ESA notes that we will have a little bit of advance warning; they'll be able to predict where and when Tiangong-1 will reenter a day before reentry. Estimates will still be pretty rough, though. The majority of the space station will burn up in the atmosphere, but chunks of it will survive reentry and fall to the surface. The ESA notes that, because vast stretches of the Earth are unpopulated, "In the history of spaceflight, no casualties due to falling space debris have ever been confirmed." It's more than likely that record will continue after this, but the situation is worth keeping an eye on regardless.