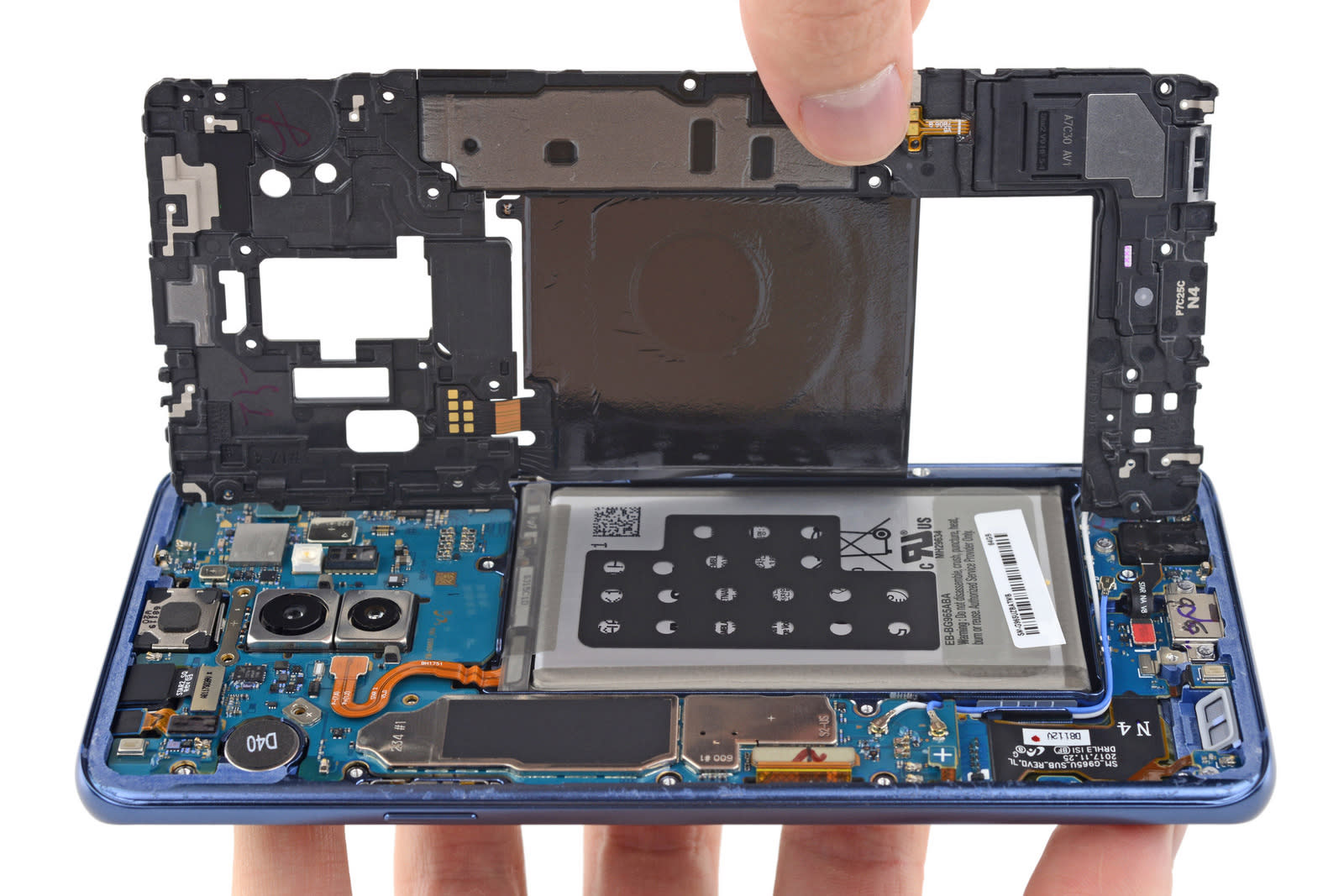 Samsung's Galaxy S9 and S9+ revolve around their camera features, but some of the hardware functionality behind them has been a little mysterious. The picture is a little clearer, however, as iFixit has torn down the S9+ and provided a better look at the phone's camera tech. To start, the signature variable aperture camera is possible thanks to a simple design -- where typical dedicated cameras have five-blade apertures, Samsung is using just two ring-like blades. That limits its functionality, of course (you can only choose from two apertures), but helps the camera stay relatively small.

At the same time, the teardown confirms what isn't going on: namely, any advanced face detection. The camera and iris scanner system is "pretty much exactly" the same as on the S8, so it's clear that features like AR Emoji are purely software-based. This isn't exactly shocking (a quick spin with AR Emoji makes it clear there isn't iPhone X-like hardware involved), but it's good to have your hunches validated, isn't it?

You won't likely be discovering these things first hand, at any rate. While many of the parts are modular and can be replaced independently of each other, that curved display and rear glass make it very difficult to get inside without breaking something. And don't even think of replacing the screen. You have to take apart the "entire phone" just to get at that panel, iFixit said. Like it or not, the days of easy access to Samsung phones are long gone.

In this article: android, galaxys9, galaxys9plus, gear, mobile, repair, samsung, smartphone, teardown
All products recommended by Engadget are selected by our editorial team, independent of our parent company. Some of our stories include affiliate links. If you buy something through one of these links, we may earn an affiliate commission.