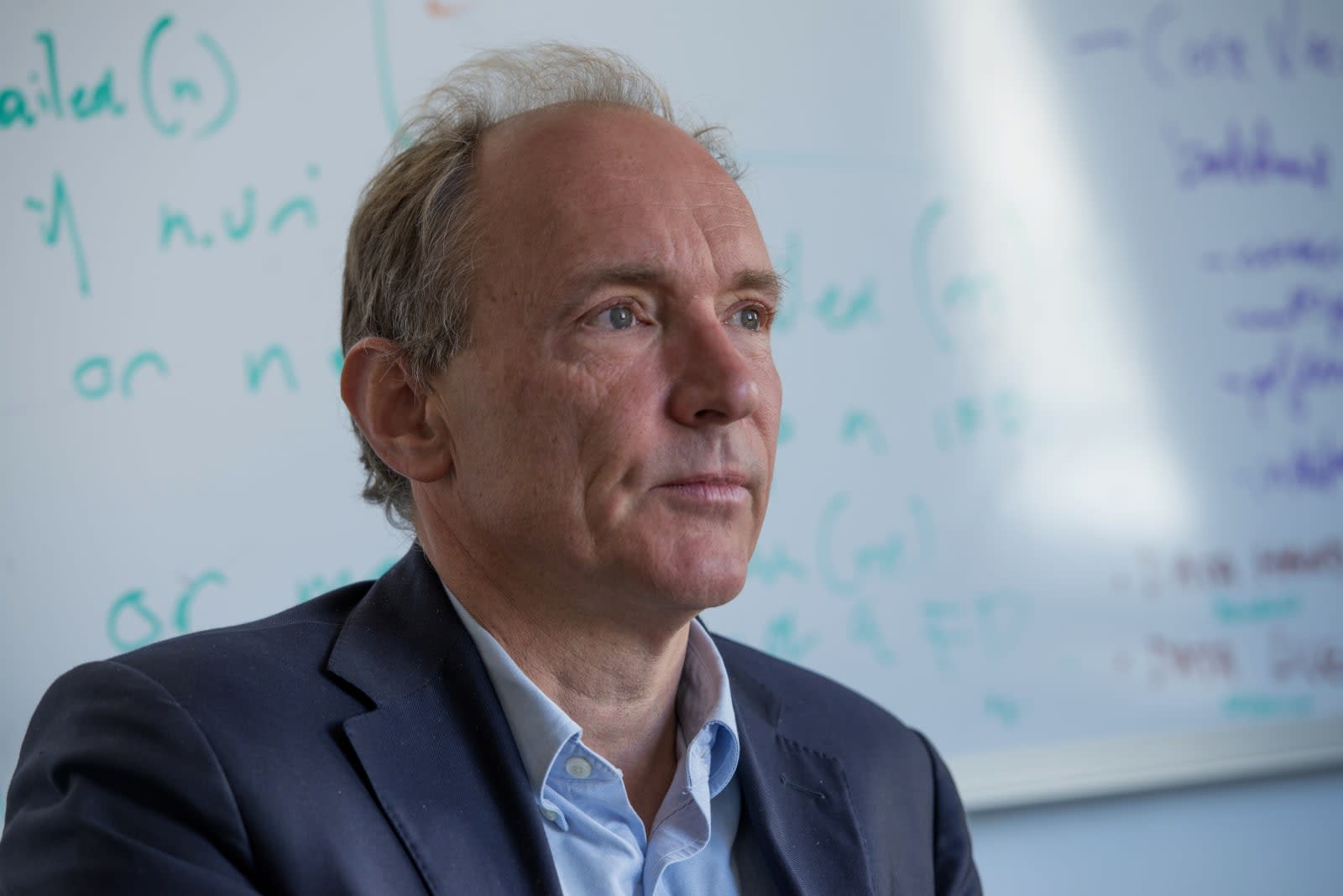 Today is the World Wide Web's 29th birthday, and to celebrate the occasion, its creator has told us how bad it's become. In an open letter appearing in The Guardian, Tim Berners-Lee painted a bleak picture of the current internet -- one dominated by a handful of colossal platforms that have constricted innovation and obliterated the rich, lopsided archipelago of blogs and small sites that came before. It's not too late to change, Lee wrote, but to do so, we need a dream team of business, tech, government, civil workers, academics and artists to cooperate in building "the web we all want."

Lee reserves his biggest criticisms for the huge platforms -- by implication, Facebook and Google, among others -- that have come to dominate their spheres and effectively become gatekeepers. They "control which ideas and opinions are seen and shared," Lee wrote, pointing out that they're able to impede competition by creating barriers. "They acquire startup challengers, buy up new innovations and hire the industry's top talent. Add to this the competitive advantage that their user data gives them and we can expect the next 20 years to be far less innovative than the last."

Centralizing the web like this has led to serious problems, like when an Amazon Web Services outage took down a chunk of internet services over a week ago -- nearly a year to the day after another similar web-crippling incident on AWS. But bottlenecking the internet through a handful of platforms has also enabled something more sinister: The weaponization of the internet. From trending conspiracy theories all the way up to influencing American politics using hundreds of fake social media accounts, outside actors have been able to maximize their manipulation efforts thanks to a far more centralized internet than we used to have, in Lee's opinion.

These companies are ill-equipped to work for social benefit given their focus on profit -- and perhaps could use some regulation. "The responsibility – and sometimes burden – of making these decisions falls on companies that have been built to maximise profit more than to maximise social good. A legal or regulatory framework that accounts for social objectives may help ease those tensions," wrote Lee.

You know who could fix the future of the internet? Us, of course -- a group of individuals from a broad cross-section of society who can outthink the hegemony of colossal internet corporations who are mostly fine with things as they are. Incentives could be the key to motivating new solutions, Lee concluded.

But there's another problem that business can't really solve: Closing the digital gap by getting the unconnected onto the internet. These are more likely to be female, poor, geographically remote and/or living outside of the first world. Bringing them into the fold will diversify voices on the internet and be, well, a moral thing to do now that the UN has decided internet access is a basic human right. But it'll take more than inventive business models to get them online and up to speed: We'll have to support policies that bring the internet to them over community networks and/or public access.