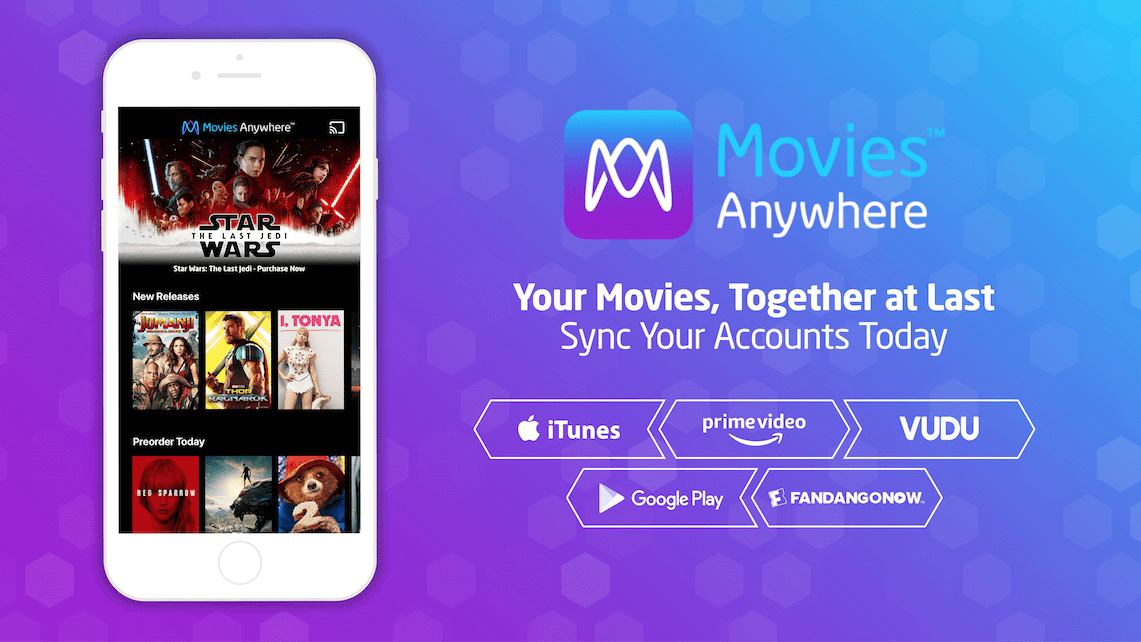 Movies Anywhere has strengthened its position as the go-to movie library platform by welcoming FandangoNOW into the fold. This means that Movies Anywhere users can now access the films they've purchased via iTunes, Amazon Video, Vudu, Google Play and of course FandangoNOW, from one central location. It doesn't matter where or how you bought the movie, just link the account to Movies Anywhere and you'll have access to it.

Movies Anywhere -- formely Disney's Movies Anywhere -- provides access to nearly 7,500 digital movies, including Star Wars: The Last Jedi, which is available today (to celebrate the release the platform has added new Star Wars-themed profile-picture options). Last year Fox, Sony Pictures, Universal and Warner Bros added their libraries to the platform, joining founding studios Disney, Pixar, Marvel and Lucasfilm. Paramount and Lionsgate remain notably absent, but with FandangoNOW's addition strengthening the platform's digital movie ecosystem, it might not be too long before they jump on board, too.

In this article: AmazonVideo, av, Disney, entertainment, FandangoNOW, GooglePlay, iTunes, Lionsgate, movies, MoviesAnywhere, Paramount, services, StarWars, Vudu
All products recommended by Engadget are selected by our editorial team, independent of our parent company. Some of our stories include affiliate links. If you buy something through one of these links, we may earn an affiliate commission.