Toonsquare and Aurora are more cute than smart.

Samsung's C-Lab has made a name for itself over recent years with a bunch of offbeat concepts . The in-house startup accelerator takes Samsung engineers' free-time projects and turns them into products. In the past we've seen speakers, wellness tech and AR experiments, but at SXSW the incubator's focus is on artificial intelligence.

The first concept on show was Toonsquare, which uses AI to convert sentences into cartoons. Like Samsung's AR Emoji, the process starts with a selfie but instead of creating a creepy 3D version of you, it generates a cutesy chibi. A few of us tried this out, and each time the character was a convincing (if unflattering) representation. 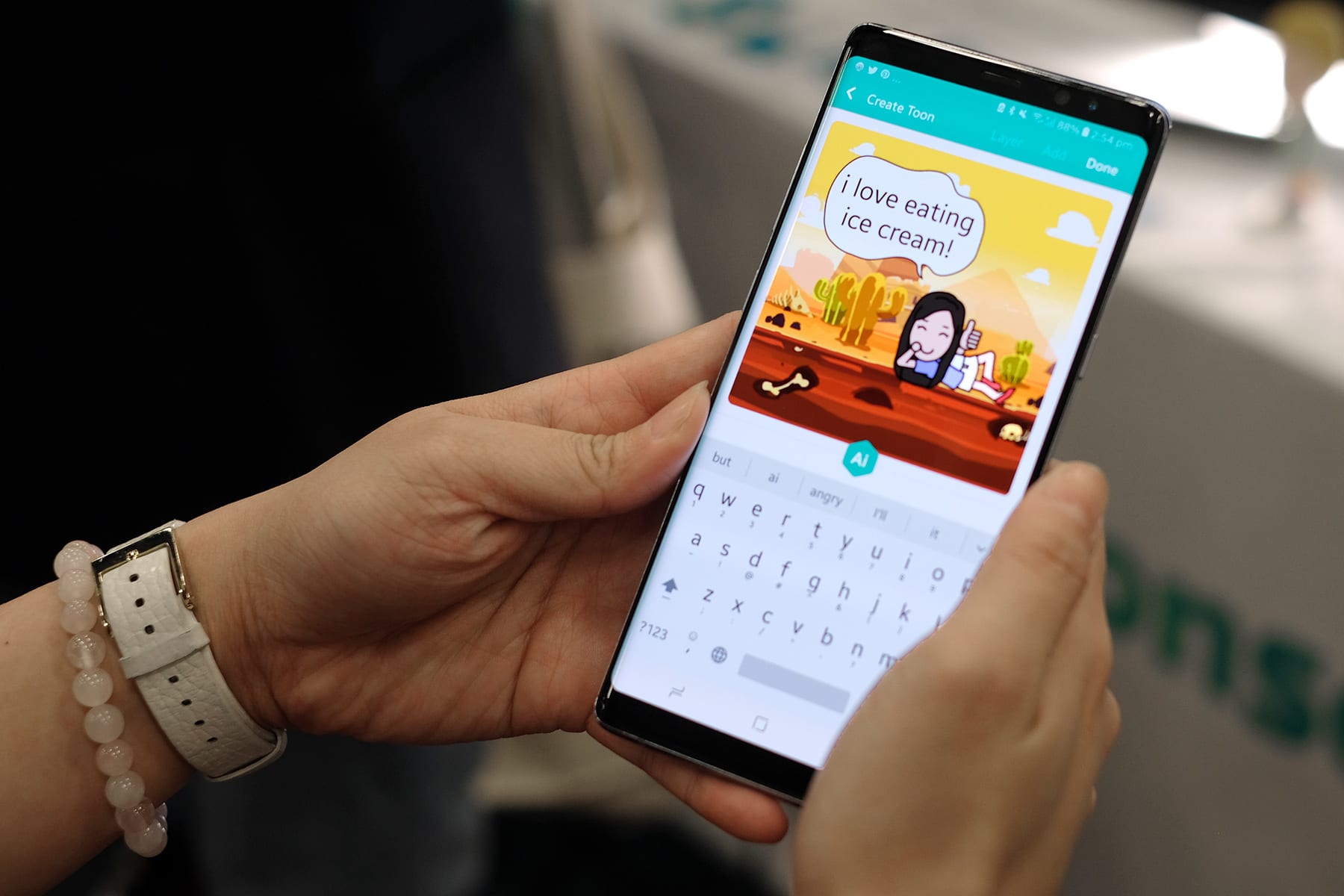 Once you have your character, you type words into speech bubbles, and the AI will work to discern the emotions in each sentence. It'll then customize the pose and expression of the character, and the formatting of the speech bubble, to match the words. We tried it with basic sentences, and it seemed to be fairly robust.

The idea is that you can string together panels into comic strips, picture diaries, or just create single shareable images. The team is also considering whether the app may have health or educational benefits -- it would be easy to turn the app into a visual tool to help young children with autism to express emotions. The other project is Aurora, which is both a wireless charging dock and a virtual assistant app. You slide your (Samsung) phone into the Aurora dock, where a bunch of mirrors "project" the phone's screen onto a tilted piece of glass below. A secondary mirror setup above adjusts the phone camera's viewpoint to be facing in front of the dock.

Once the phone is docked, it launches the Aurora app, which is a virtual assistant (also called Aurora) in the form of a cutesy 3D robot. You communicate with Aurora verbally, and can also make gestures to scroll through information Aurora brings up. (Ask "What's the weather today," for example, and you'll see today's forecast, but then you can swipe to the left in the air to see tomorrow's.)

I'm personally a big fan of bringing character to AI -- I would much rather interact with a little robot than an inert Alexa. With that said, Aurora was very limited, really only responding to questions that the original Siri would've handled. Perhaps, if the public reaction is strong enough, Samsung will let the developers tap into Bixby, which, while imperfect, would improve Aurora's capabilities a lot.

There's no word on if and when that might happen yet -- Aurora is firmly in the "concept" phase for now. Toonsquare, however, is already available in beta form on Google Play, with an iOS release tentatively penciled for later this year.