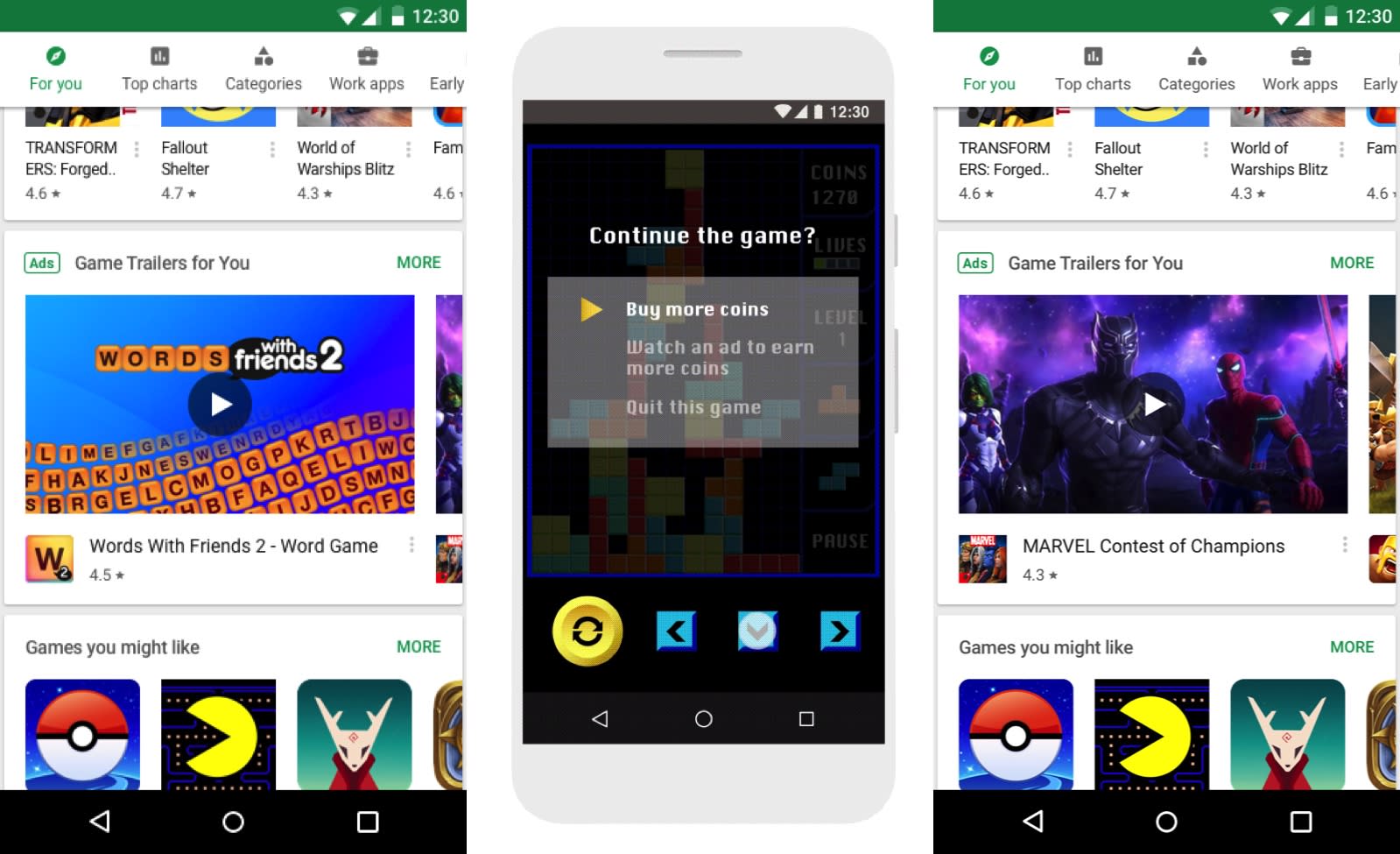 Video ads are an inescapable part of the internet, and it sounds like Google is going to try bringing them to its app store.Today, the company announced that it is testing video ads for apps in its Play Store, alongside the standard static images for promoted apps and games. However, Google confirmed that these ads will not autoplay, so they shouldn't be too disruptive to the browsing experience.

While Apple does allow for promoted listings in the App Store, its ads autoplay, fortunately without sound. While video ads may catch more people's attention than other types of promotion, they can also be a bit of a bummer. But as apps and companies are competing for eyeballs, it's not surprising that Google would beta test a feature like this.

Google is also experimenting with playable and multi-option video ads. These will allow users to play an ad as if it's a part of a game. Playing ads can give users special incentives, such as extra lives or in-game currency. And users are in control of when they play these ads, so they aren't forced and don't interrupt gameplay. And it allows developers to more fully monetize the games they create.

Clearly Google is (unsurprisingly) thinking of new and innovative ways to deliver ads. There's a delicate balance between engaging advertising and intrusive advertising. While video ads can be a bit of a nuisance, video ads for apps could at least be useful if they give users a good look at what the app can do.

Correction: This article originally implied that Google's ads would autoplay, with sound, while Google has since confirmed that these ads will not autoplay at all. We apologize for the error.

In this article: advertising, gaming, google, googleplay, mobile
All products recommended by Engadget are selected by our editorial team, independent of our parent company. Some of our stories include affiliate links. If you buy something through one of these links, we may earn an affiliate commission.