They're more useful than you think.

Logitech G's latest PC speakers aren't just focused on sounding good -- they can also create a light show around your desk. The company's new G560 speakers come equipped with four RGB LED lighting zones, which can display around 16.8 million colors. And with Logitech's LIGHTSYNC technology, they can also synchronize with what you're seeing on screen, or the music you're listening to. While extensive lighting might seem like an odd feature for a set of desktop speakers, they fit right into the latest PC gaming trend: the more LEDs, the better.

The G560 ($200) are a 2.1 system delivering 240 Watts of peak power, and 120 Watts RMS (its average output capability). While Logitech has been making high-quality PC speakers for years (I was an early adopter of its popular Z-680 line), this is the first set to come from the company's gaming division. They also pack in DTS:X Ultra technology to simulate surround sound. With the popularity of headphones and 2.1 systems today, gamers are less interested in full 5.1 setups, Logitech representatives told us.

Technically, the G560 are an evolution of the MX Sound speakers Logitech launched last Fall. They feature a similar design: two round satellites held up with a small notch on the side. The previous system was just a 2.0 setup though -- the new entry adds a huge downward-firing subwoofer for some thumping bass. You'll be able to connect up to four devices to the G560 at once with USB, the 3.5mm jack and Bluetooth. 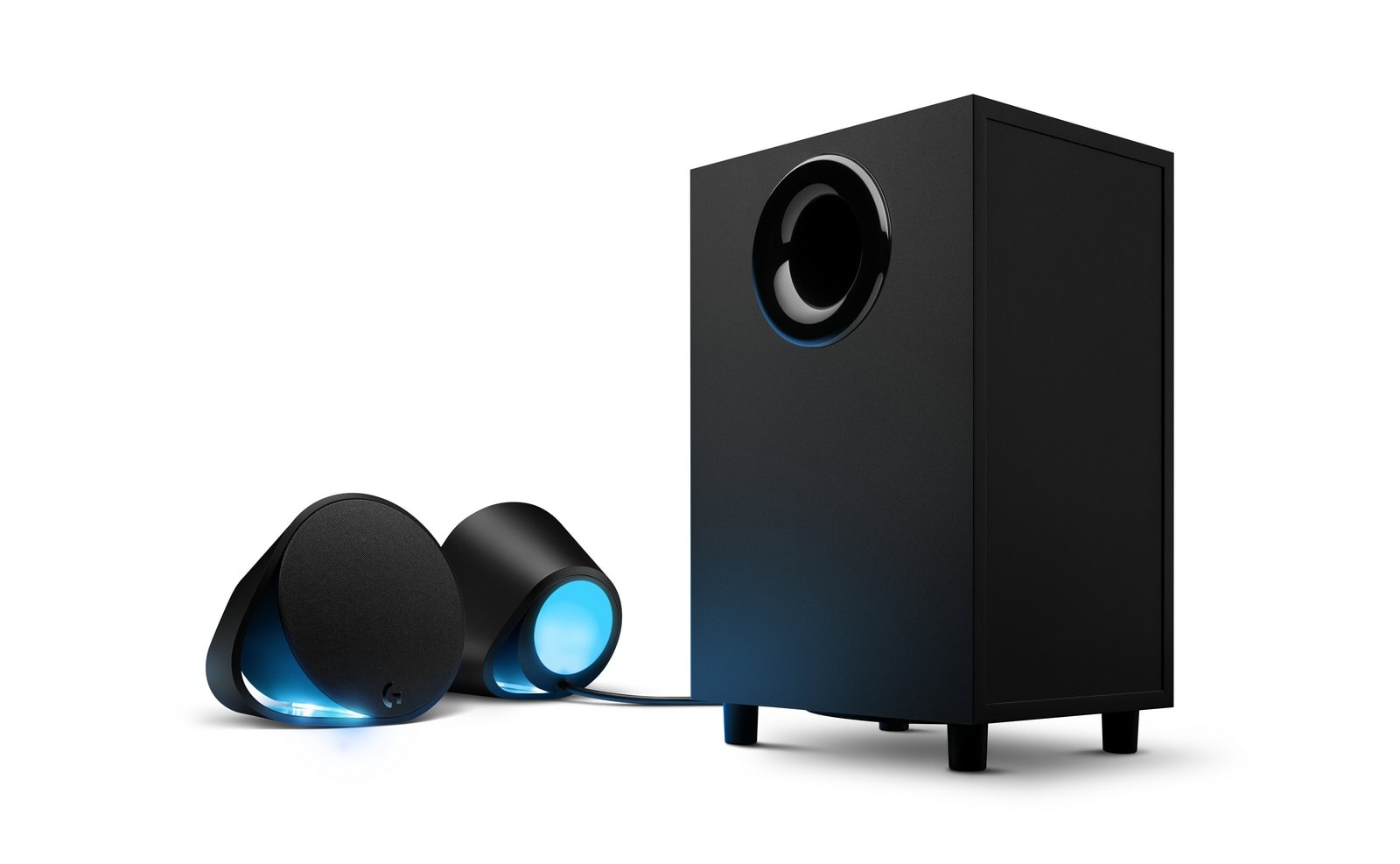 But back to that crazy lighting. While they're not the first gaming speakers to feature colorful LEDs (Razer's Nommo uses them far less dramatically), the G560 are the first set we've seen that can completely change the ambiance of your room. It's reminiscent of Philips' Ambilight technology and its upcoming Hue color matching feature. Together with Logitech's Gaming Software, the LIGHTSYNC technology will match the colors of what you're seeing on screen, even if you're looking at a movie. Game developers can also integrate the tech in various ways. If you're low on health, for example, they could flash red to give you a heads up.

During a brief demonstration with a few songs and games, the G560 delivered a clear and large soundscape, with impressive bass. And while I was skeptical of the LIGHTSYNC technology at first, I could see it being genuinely useful for some gamers. I've grown to love bias lighting on my OLED TV, which helps to reduce eyestrain. I could see Logitech's technology having a similar effect.

Logitech G is also bringing LIGHTSYNC to its new G513 mechanical keyboard ($150). The company claims its latest switches respond 25 percent faster than competitors, something that serious gamers will likely appreciate. The Romer-G Tactile switch will deliver "soft tactile feedback," while the Romer-G Linear offers a smoother feel. The keyboard will sport an aluminum top, as well as a USB passthrough port for connecting other devices.

The G560 speakers and the G513 keyboard will both be available in April.