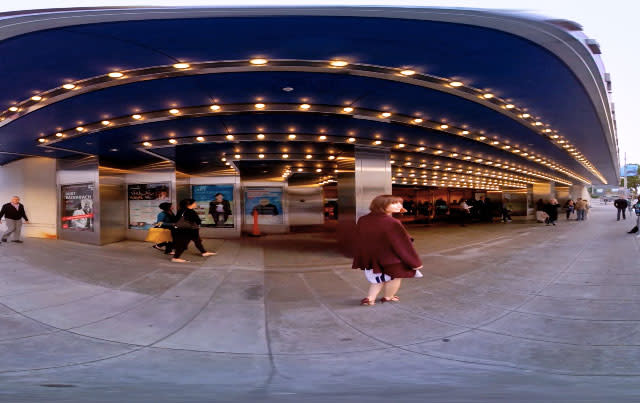 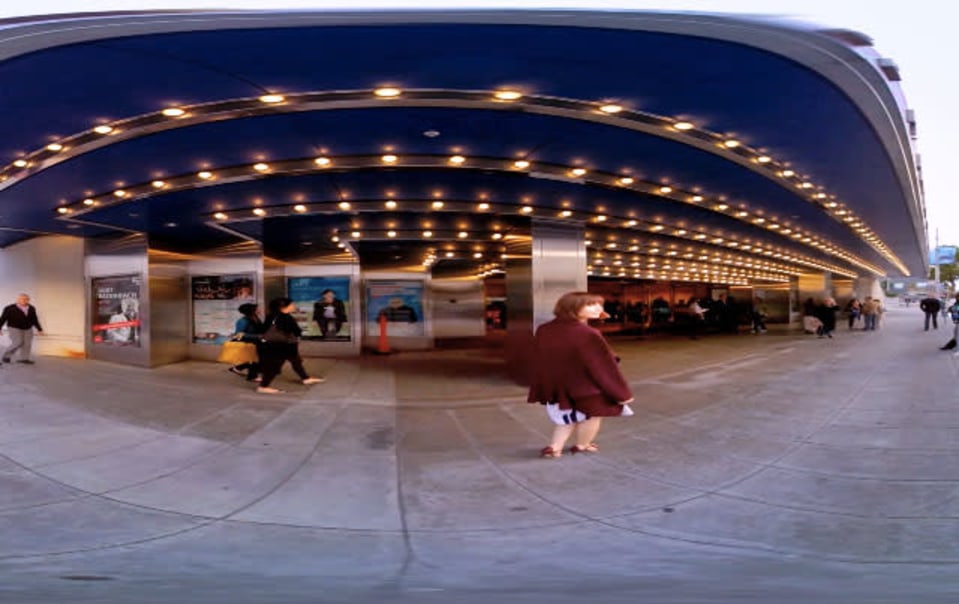 Two days ago, director Michael Jacobs described his first VR short, GFE (an acronym of "girlfriend experience"), to Engadget on camera. The film is a "documentary fantasy," Jacobs said, with a focus on "demystifying escort work and bringing a sense of empowerment to escorts."

According to the star of GFE, it does the exact opposite.

"I feel extremely violated. He completely broke trust," Roux said. "I'm so angry about it. He's acting as though he's giving a voice to a sex worker when he's in fact silencing me and putting something out there without my consent."

Roux was, obviously, not made available for interview during the film's SXSW showing, and her name was not in the credits. Jacobs requested off-camera that we respect her privacy and "not out her," expressing that she didn't want her name public, as it would be "bad for her." A spokesperson for SXSW confirmed that the director voluntarily removed GFE from Virtual Cinema earlier today, following a cease and desist order from Roux's lawyer.

Jacobs did not respond to multiple requests for comment following his on-camera interview with Engadget. He finally sent a statement over minutes before publishing, which is available at the end of this article.

Both confirmed that they began to work together on GFE last year, following a lengthy conversation over email. Eventually, the pair agreed on a shooting schedule that would show multiple scenes of an escort interacting with a fictitious client in public before transitioning to a more intimate scene in a hotel. "My goal really was to humanize sex workers. I think people often sensationalize our work in weird ways, and I want to show that it can be a fun job. It can be a rough job sometimes, but it's still just work," Roux said.

Our original video interview with Jacobs, which remains online at Roux's request.

The five-minute film shown at SXSW contains around two minutes of hotel footage, with just under a minute of full-frontal and partial nudity. Jacobs originally asserted that "it was [Liara's] idea to go fully nude in the piece," adding that "when we got to the hotel room scenes, I asked her how comfortable she was taking her clothes off, and she was far more comfortable with her clothes off than on."

Roux disputes this account, saying nudity was never agreed on. She provided proof of a group email conversation about wardrobe choices where she suggested that she could wear a number of lingerie sets in the film's final hotel scene. The suggestion was welcomed, and nudity was not mentioned in the exchange. "He sprung that on me on the last day while we were shooting," Roux said. "He was like, 'OK, can you get naked now?' and I felt really pressured. Everyone on set was just sort of staring at me ... it wasn't something we'd discussed beforehand."

Roux also said she felt Jacobs wasn't professional with her. "The other women who were on set, he treated them like professionals. He didn't invade their personal space," she said. "He kept touching me on the small of my back or grabbing my arm in ways that felt overly familiar with me. It didn't feel like he was treating me like professional talent. It felt creepy to me."

The root of Roux's concerns, however, are in the way the film has turned out. Roux was pitched on GFE the same way SXSW attendees were: an empowering, demystifying project that would give a voice to sex workers. After seeing an early cut, Roux immediately raised concerns. "Most of it was just me rolling around on a bed naked, talking about emotional labor" she said. "It made it seem like emotional labor is a euphemism for sex ... It looks really bad, and I told him he'd have to totally recut it for me to feel comfortable signing a release." Jacobs was responsive to her feedback, but subsequent cuts also fell short of executing on a vision Roux said she had been led to believe she would have creative input on.

The final cut, Roux said, is closer to fetishization than empowerment. "I feel like the way he portrays sex work [in GFE] fetishized the work and made it extremely sexual. It's not always." At the start of the film, an audio track plays where Roux addresses the legality of escorting. Roux said this clip wasn't in previous versions of the film she had seen and was actually from a moment she had called "cut" on a scene to tell Jacobs that she wouldn't discuss anything to do with legality on record. "The way he included it is very misleading. It sounds like I'm answering a question instead of saying 'cut' and explaining why he can't ask me questions like that."

Roux has been attempting to spread the word about her experience working with Jacobs on Twitter today. Thanks to the social network's policies, she said, her voice isn't being heard. "Twitter has me and a lot of other sex workers shadow-banned right now, so that when we tweet using hashtags it doesn't show up in the general search ... If I wanted to tweet about this using a hashtag like #metoo, my story would not be able to be heard by people and amplified. This is an issue that sex workers face when trying to go public with these stories."

A statement from Michael Jacobs:

"I have the utmost respect for [Liara Roux] and I was very communicative about what we were doing throughout the prep and during the shoot.

I clearly stated my intention to culminate in nudity, and she agreed to this. I hired a stylist and makeup artist and had my wife on set in an effort to make her feel as comfortable as possible. Also I want to note that I offered her a robe between takes and she chose to not cover up. She was also friendly and open with the crew throughout.

I tried to ensure the project was handled with honesty, openness and integrity. My intention was to put a personal and human voice to the escort world while at the same time juxtaposing the visual nature of her work as a VR fantasy.

I treated her as I would any professional, any subject of any film. I made efforts to create an environment where her physical and emotional comfort were top priority, and the interactions between she and I were witnessed by the crew as such.

The moment she requested the film be taken off the floor, it was. I honor her and want to do right by her, as was my intention to balance her needs and film the entire time."

Chris Ip contributed to this report.

In this article: av, entertainment, gear, interview, sxsw, sxsw2018
All products recommended by Engadget are selected by our editorial team, independent of our parent company. Some of our stories include affiliate links. If you buy something through one of these links, we may earn an affiliate commission.