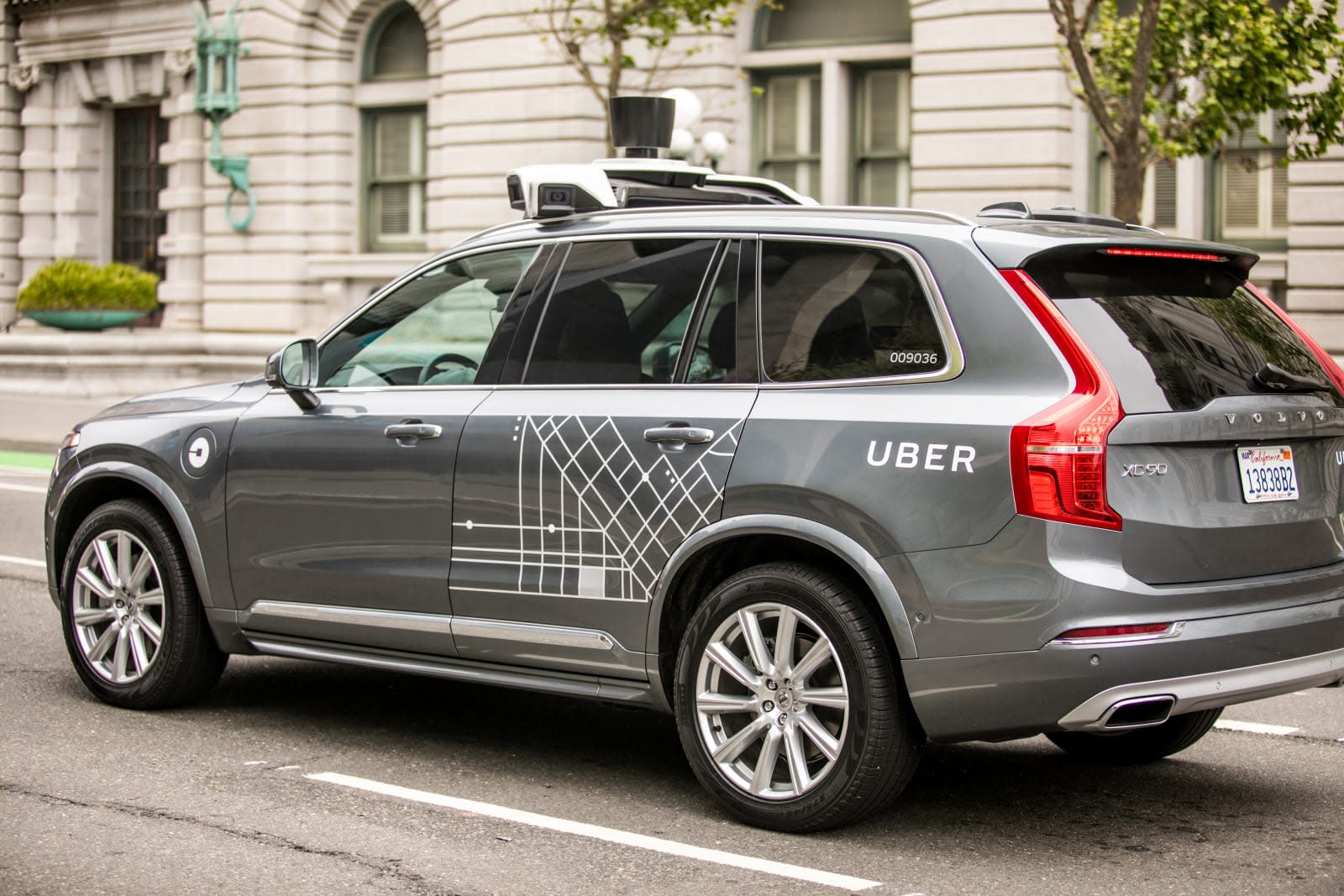 Uber is putting all of its self-driving vehicle tests on hold after one of its cars struck and killed a pedestrian in Tempe, Arizona Sunday evening. According to ABC affiliate KNXV, the car had a human operator behind the wheel but was in autonomous mode. A woman walking on a crosswalk was struck by the car and she later died in the hospital due to the injuries she sustained. Uber said that it is working with the the local authorities.

While this isn't the first fatal incident involving a self-driving vehicle, it does appear to be the first resulting in the death of a pedestrian. "Our hearts go out to the victim's family," Uber tweeted today.

Our hearts go out to the victim's family. We're fully cooperating with @TempePolice and local authorities as they investigate this incident.

Some incredibly sad news out of Arizona. We're thinking of the victim's family as we work with local law enforcement to understand what happened. https://t.co/cwTCVJjEuz

A spokesperson for the National Transportation Safety Board told us that the agency is sending a team to Tempe to investigate the accident. The Tempe police department has confirmed the reports and has said, "Uber is assisting and this is still an active investigation."

Update: According to Tempe police, the crash happened as the victim, Elaine Herzberg, 49, walked from a center median into a lane of traffic with a bicycle. The San Francisco Chronicle reports that police chief Sylvia Moir said based on videos taken from the car "it's very clear it would have been difficult to avoid this collision in any kind of mode (autonomous or human-driven) based on how she came from the shadows right into the roadway." Still, she could not yet rule out charges against the backup driver, or confirm what might happen if the car itself were found to be at fault.

In this article: accident, AutonomousVehicles, gear, SelfDrivingCar, transportation, uber
All products recommended by Engadget are selected by our editorial team, independent of our parent company. Some of our stories include affiliate links. If you buy something through one of these links, we may earn an affiliate commission.